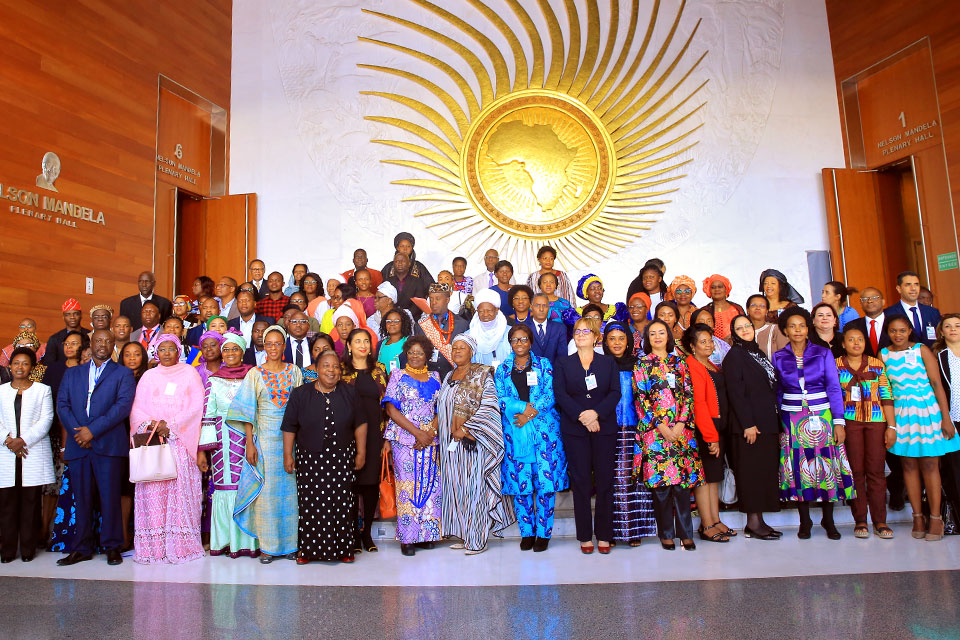 In 2020, the world will mark the twenty-fifth anniversary of the Fourth World Conference on Women and adoption of the Beijing Declaration and Platform for Action the most visionary agenda for women’s rights and empowerment everywhere. To prepare for the milestone anniversary, Member States, civil society and other stakeholders gathered in Addis Ababa, Ethiopia, from 27 October to 1 November to review the implementation of the Beijing Platform for Action, celebrate the significant progress made in Africa on gender equality and women’s empowerment, and agree on concrete action to be taken to accelerate implementation.

The Beijing+25 Regional Review was organized by the African Union Commission’s Women, Gender and Development Directorate (WGDD) in partnership with the United Nations Economic Commission for Africa and UN Women.

In her opening remarks, Lehau Victoria Maloka, Acting Director of WGDD, emphasized the importance of reviewing Member States’ implementation of the commitments made 25 years ago, highlighting the fact that the Beijing commemoration coincides with other milestones in the gender equality calendar such as the African Women's Decade and the 20 anniversary UN Security Council resolution 1325. 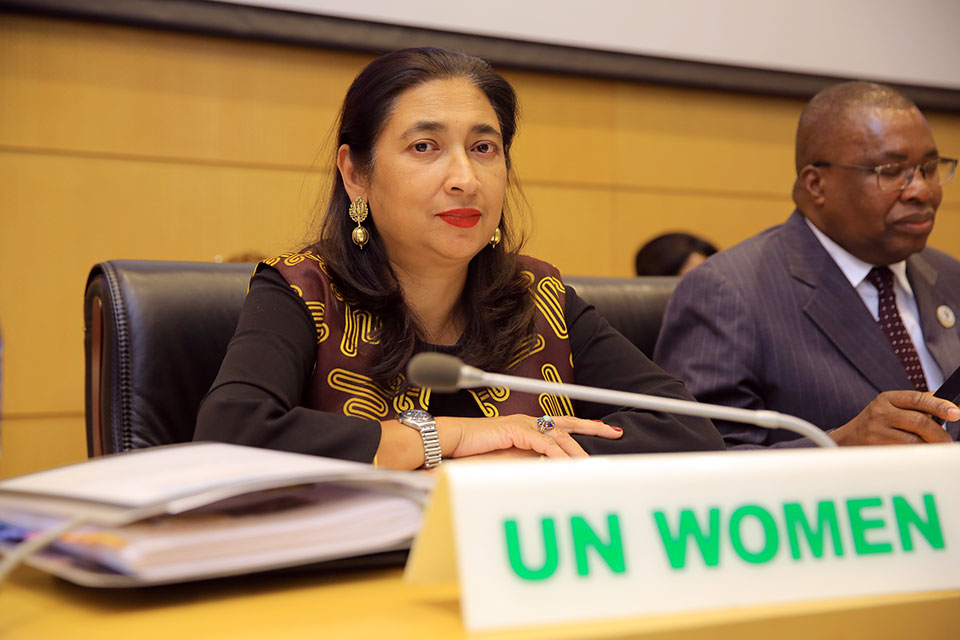 During an intergenerational dialogue between youth advocates and veteran leaders who participated in the 1995 Beijing Conference, UN Women Deputy Executive Director Anita Bhatia, stressed the need to “boost implementation of selected priorities of the Beijing Platform for Action in order to achieve the SDGs and the aspiration of Africa’s Agenda 2063”. She also called all actors present in the event to “continue to support the various convenings and consultations in the lead-up to the Generation Equality Forum and during the Forum itself”.

The Africa Regional Review of Beijing +25 brought together over 500 participants of all ages from across Africa including African Union Commission officials, representatives from the Ministries of Gender and Women's Affairs, civil society organizations, UN Agencies, development partners, international organizations, youth advocates and traditional and cultural leaders.

Getrude Mongella, a women’s rights advocate who led the African delegation to Beijing in 1995, commonly known as mama Beijing, called for a generational shift to realize the promises of the Beijing Platform for Action.

“We as the veterans must now hand over to the younger generation so that they can safeguard what we have gained in our social independence. Gender equality for this generation is an absolute must and it must be protected”, she said. 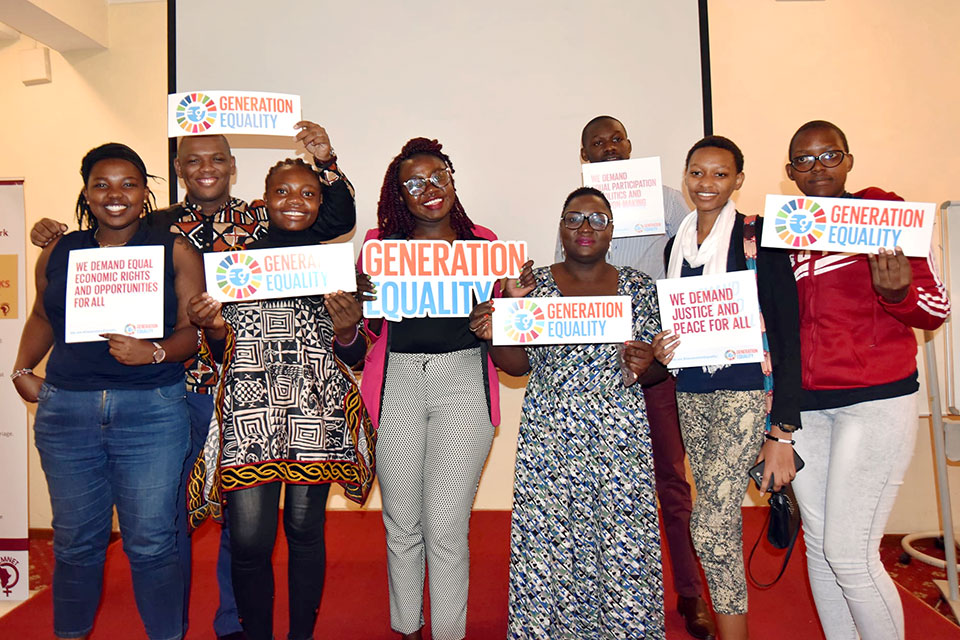 Youth leaders present at the event developed a youth position paper that called upon African Member States and partners to ensure that the Beijing+25 outcome is not business as usual and that it adopts an ambitious and transformative approach that truly centers young women and girls in all their diversity. ‘‘The outcome must recognize that young women and girls are not just beneficiaries but also active citizens and leaders in their communities,’’ said Melissa Kubvoruno, youth delegate.

Over three days, the expert’s session discussed the Africa Beijing + 25 Report as well as other related documents and decisions that support the accelerated implementation of the African Union Gender Equality and Women’s Empowerment commitments and activities. In addition, the meeting also considered Reports of the Solemn Declaration on Gender Equality in Africa, the report on the African Union Pan-African Women's Awards, advocacy strategies for the ratification, domestication and implementation of the Maputo Protocol, African Women Leaders Network and African Women Leaders' Fund among others.

The Africa Beijing+25 Regional Review served as a preparatory meeting for the 64th session of the Commission on the Status of Women (CSW64). It adopted the Africa regional report to be incorporated into the global Beijing +25 report that will be presented at CSW64 in March 2020.

Related News
21/08/2021
Inside Kenya’s Social Justice Centres –and the human rights defenders that run them
03/03/2021
My take, your take: Women's rights in Burundi, then and now
25/02/2020
My Take, Your Take: Fighting for justice and gender equality in Liberia
26/10/2019
MEDIA ADVISORY: The 4th Specialized Technical Committee meeting on Gender Equality and Women’s Empowerment
12/08/2019
Op-ed: Beijing+25 Generational Shift
END_OF_DOCUMENT_TOKEN_TO_BE_REPLACED