Uganda’s development will depend on the level of Women Empowerment

Take five: With the French Ambassador to Uganda, Her Excellence Stephanie Rivoal 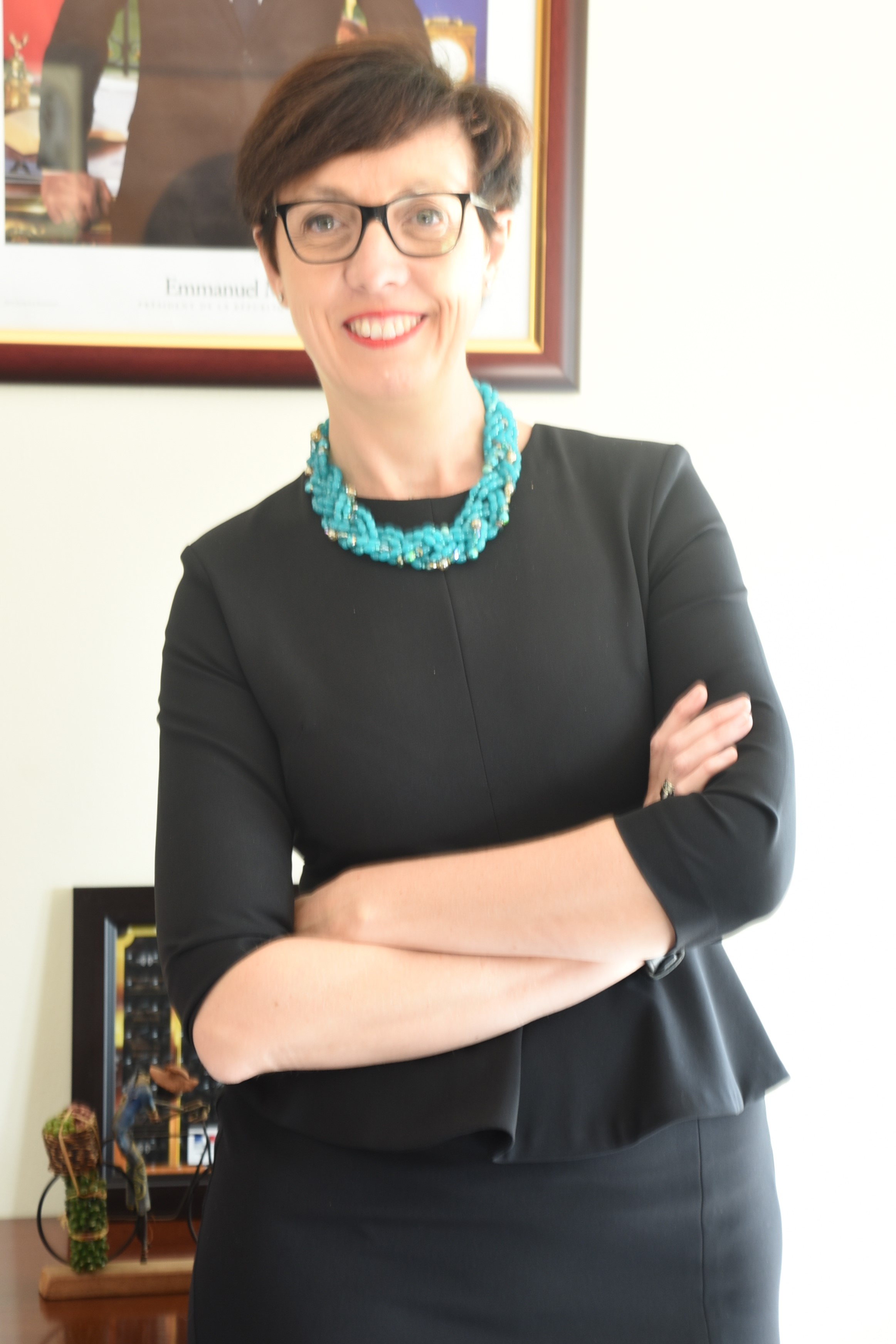 How do you find the issue of GBV in Uganda?

The level of Gender Based Violence (GBV) in Uganda is still high especially in areas that have had civil unrest such as Northern Uganda and the Karamoja regions. This is basically because the memories of violent scenes are still fresh in people’s minds. GBV is also linked to poverty, unemployment (idleness) and alcoholism. Poverty brings bitterness. When a man is poor and idle, he tends be bitter to the wife and even other family members.  Alcoholism is a trigger of marital violence. There is a lot of homemade alcohol in Northern Uganda and Karamoja. Alcohol is everywhere and this is unacceptable.

What can be done to end GBV in Uganda?

We need to address the root causes of Gender based violence. Regulate the production of homemade alcohol. These people must be empowered economically. If people develop economically or when the unemployment level goes down, Gender Based Violence will reduce too. Women should also be empowered. Most societies grow because of women. If you empower women and give them support to take up opportunities, the society will surely benefit. It is of Uganda’s interest to empower women and put women at the center of its development interests. Uganda’s development will depend on how women are treated in the society. However male engagement is key in ending violence because they are the perpetuators of this vice

What is the French embassy in Uganda doing to end GBV?

The French embassy in Uganda through Gulu Women with Disabilities Union (GUWODU) and Gulu Women’s Economic Development and Globalization (GWED-G) has grassroots projects aiming at improving women’s condition in Uganda, especially the most vulnerable ones. The projects focus on economic empowerment and creating awareness about the need to end violence against women and girls. The embassy also engages government through its ministries by emphasizing gender equality in all projects funded by France.

What will it take to ensure gender equality and women empowerment?

It is still a long journey to have equality of power. The number of women in leadership positions is still low compared to men. This is attributed to motherhood roles. Most women drop out of their careers for motherhood during their mid-30s. It is not only in Uganda, even in France. The number of career women keeps reducing as they grow older. There are few women in their 40s who can lead organizations or corporate companies. This is the opposite when it comes to men especially those who are married. Most women leave their careers to go and give birth. Yet that is the age when they could lead but they are no longer in profession. They decide to look after families as long as their husbands work. We need to devise ways of keeping women in their professions. The issue of a man working and a woman is in the kitchen is outdated. Men should be willing to share house chores as well as spare time for the children.

Any challenges hindering the campaign on gender equality?

Gender stereotypes is a serious challenge right from child upbringing. Look at the toys and clothes we buy for children. Cars for boys and dolls for girls. We are preaching male supremacy. We are pre-educating them that women are supposed to look after babies. This is a shame and we must change it!

Related News
14/12/2022
“What I Was Wearing” clothing exhibition tells a visual story of GBV statistics in Uganda
25/11/2022
Uganda launches 16 Days of Activism against Gender-Based Violence campaign
22/11/2022
Spotlight on Activists: Patience Poni Ayikoru, Uganda
23/09/2022
From Where I Stand: “I now have the knowledge on how to collect evidence that is relevant to prosecution and getting justice for survivors”
16/08/2022
Spotlight Initiative Supports the Uganda Police Force Forensics Department to Successfully Investigate SGBV Crimes
END_OF_DOCUMENT_TOKEN_TO_BE_REPLACED