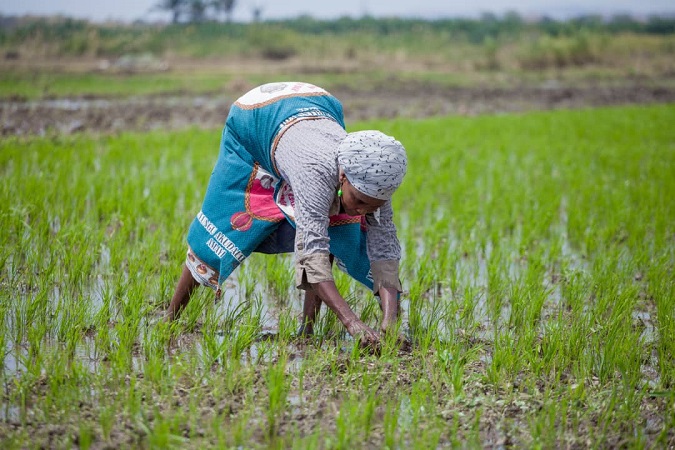 Malawi is a landlocked, densely populated low-income country, with a per capita GDP of USD 300 in 2016. Despite recent economic and structural reforms, poverty is widespread. The Malawian economy remains undiversified and vulnerable to external shocks. Inflation (21.87%) is above regional averages, resulting in higher prices for essentials such as food, electricity and transportation and having the greatest effect on poor people, particularly women and children. Poverty is a gendered phenomenon in Malawi. Female-headed households are more likely to be amongst the poorest and are disproportionately represented in the lowest quartile of income distribution. Women and the youth, including those with disabilities are particularly severely constrained by inequalities and discrimination, restraining them and their families from pulling themselves out of poverty and contributing to national development.

Notable improvements have been made on gender equality and women empowerment in the legal and policy realms. For instance, in 2017 there was a constitutional amendment of the age of marriage to 18. However, much remains to be achieved with respect to the human rights of women. Women still fare worse than their male counterparts on most social and economic indicators including political participation, violence and economic empowerment. Further, Traditional customs and harmful cultural practices are still deeply entrenched in the society and have particularly negative impact on the participation, development and contributions of girls and women in public and private spaces.

Violence against women and girls is still a fundamental issue of concern with Malawi continuing to experience increased cases of Sexual and Gender Based Violence. Evidence suggest that 42% of married women have experienced spousal violence. Furthermore, Malawi also continues to experience violations against Persons with Albinism with cases of killings and abductions of boys and girls, men and women.

The country’s economy is largely agro-based with many small-scale farmers dependent on rain-fed agriculture and natural resources for livelihoods. The gender gap in agricultural productivity between [men and women] is estimated at 7.3% and the country is largely food insecure. Women make up 75% of the agricultural labour force and produce 70% of household food. Most women are constrained in terms of access to productive resources such as land, credit and entrepreneurship.

As the country draws towards the 2019 tripartite elections, the space for women to freely participate and contest in the fourth coming elections is shrinking.  Women’s representation in parliament currently stand at 16.4% and 11% in local councils. Although there are no de jure barriers to effective and equal participation in voter registration and voting in Malawi, critical factors contributing to slow progress in representation of women in political positions include lack of affirmative measures (TSMs), violence against women, poor attitudes towards women as leaders; and low representation of women in political party structures, all due to entrenched patriarchal tendencies.

This programme is being implementedwith an aim of ensuring that women and girls enjoy their full rights and positively contribute to, and benefit from, social economicand political development in Malawi by the year 2020. The programme focuses on three thematic components; Gender and governance, Women and Youth empowerment through enterprise development and Elimination of Violence against Women and Girls which looks at supporting community-based dialogues aimed at changing social and cultural perceptions, attitudes and traditional practices that contribute to Violence Against Women and Girls.

In the lead up to the May 2019, Malawi general elections, UN Women Malawi is focusing on enhancing women’s political empowerment throughout the electoral cycle. We are supporting increasing civic understanding of gender equality and women’s leadership. We are also ensuring women have enough capacity for effective campaigning. We are working with partners to mitigate Violence Against Women in politics and electoral processes. UN Women Malawi, in partnership with our civil society, has set up the Elections Engagement Room which aims at collecting data and information, analysis of the data and referral for women who experience any form of violence during the elections period.

UN Women Malawi is focusing its interventions in main-streaming gender in the national planning processes through gender responsive planning and budgeting. In addition, we support work that centers on deconstructing perceptions and attitudes on women leadership and in enhancing the capacity of women in decision making positions. We advocate for legislative and constitutional reforms that ensure the enjoyment of equal rights of women and men. Further, we focus on ensuring that gender statistics are accessible to all users to inform policy, advocacy and programming.

UN Women Malawi is working to ensure rural Women and youth have increased access to secure and productive resources, practices and technologies to engage in Climate Smart Agriculture:  We will be collaborating with strategic partners to identify emerging opportunities for linking women and girls’ economic empowerment to private and public-sector development interventions mostly in value addition and enterprise development.

Ending Violence Against Women and Girls:

Through partnerships with other UN agencies, disability organizations, Government of Malawi and the Malawi Human Rights Commission, we are participating in a programme that aims to advance the enjoyment of disability rights, and implementation of the UNCRPD, related laws and policies. To harmonize community by-laws, we also train local government officials and traditional/religious leaders on the new Divorce and Family Relations Act in accordance with the new amendments in the constitution to ensure implementation of relevant national laws.

UN Women Malawi supports prevention approaches that shift social cultural norms and underpinning GBV, VAWG and trafficking in persons by also engaging men and boys through HeForShe initiative and working with traditional and faith leaders to combat sexual violence against women and girls in Malawi.

The ‘feminization’ of the HIV epidemic has resulted in more women than men living with HIV. There is also an association between experiences with violence and HIV infection whereby women who have experienced physical and/or sexual violence are more likely to be at risk of HIV/STI or HIV positive than those with no history of violence. Women seeking antenatal care or voluntary counseling and testing who had experienced violence are also more likely to be HIV positive. In Malawi, like in many other countries, sex and violence are viewed to be private, hence the silence around these issues makes it difficult for women to access services and information for prevention, treatment and care of both HIV and violence. UN Women Malawi advocates for the harmonization and implementation of SHRR and SGBV laws, policies and strategies in Malawi.

Second Chance: Electrical Installation and other skills for adolescent girls and young women in Uganda
From Where I stand: “I used to think saving was for rich people”
Partnership with women’s caucus strengthens the voices of women legislators in Zanzibar
Unleashing young women’s entrepreneurial potential in Mozambique
A day in life of.... “I enjoy working with men because I challenge them.”
END_OF_DOCUMENT_TOKEN_TO_BE_REPLACED