Youth as a demographic category is defined differently in existing normative frameworks depending on the social, economic and political environment. Many researchers, reports and policy statements recognize that the definition of youth based on age can be challenging and has contributed to systematic and coherent analysis of youth indicators. Further it acknowledged that there is not one problem that affects all youth in the same way across states and regions; there is also no single solution that will broadly work for all youth. 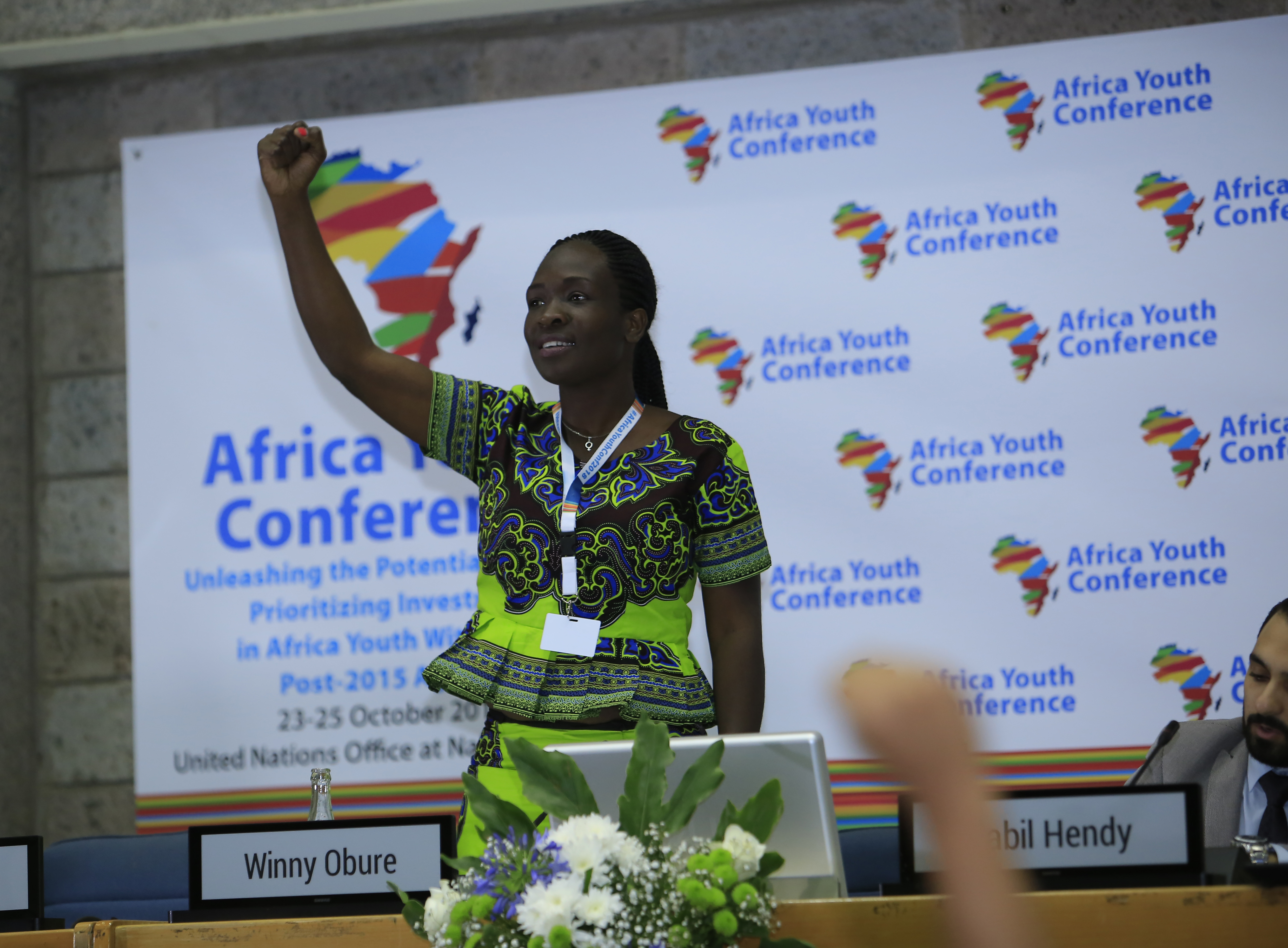 Winny Obure, one of the panelists at the Africa Youth Conference. Photo: UN Women Africa

In September 2018, UN Secretary General launched the UN Youth Strategy, 2030 calling on all agencies to engage young people as full-fledged partners in building a better world for all, as they are both beneficiaries and partners. The strategy reemphasizes that young people should not only be heard but understood, not only engaged but empowered, and not only supported but leading global efforts and processes. Agencies are indeed expected to rate their performance using the UN Score Card on Youth Engagement on the extent to which they have developed policies and processes for meaningful youth engagement, engagement of diverse groups, engagement in design, development, monitoring and evaluation of Strategic Plans, support to governments/inter-governmental processes and their leadership role in driving UN-led programmes, projects and campaigns

UN Women’s Regional Youth Engagement Strategy for ESARO anchored on global and regional plans, declarations, policies and commitments towards inclusive, transformative and sustainable development as well as reports analysis and feedback from the consultative meetings which calls for a coherent structured framework for empowering and engaging youth within the region in particular young women.  Examples of such declarations and commitments include Convention on Elimination of All forms of Discrimination Against Women, Beijing Declaration and Platform for Action (BPfA), Generation Equality campaign launched in 2019, The Global 2030 Agenda and UN Women’s Global Youth and Gender Equality Strategy among others.

The strategy maps and situates areas of common focus to which UN Women ESAR country offices can contribute to and points to activities that will be implemented by the regional office based on its mandate. The strategy has adopted a five-pronged approach to youth engagement to achieve the strategy goal in line with 2022-2025 results framework.

For more information on the youth engagement, you can contact Michael Faraday, michael.faraday[at]unwomen.org

Your questions answered: What is female genital mutilation and how is UN Women working to end it in East and Southern Africa?
Supporting women leaders and aspirants to unleash their potential
Enat Bank and Ashagari Consulting Firm become signatories to the Women Empowerment Principles (WEPs).
Support for land use planning sees over 2000 women farmers in Tanzania become land owners
Strengthening the voice and agency of women with disabilities in Tanzania
END_OF_DOCUMENT_TOKEN_TO_BE_REPLACED