Somalia’s gross domestic product (GDP) per capita has consistently been ranked among the five lowest in the world throughout the last decade and in 2020 it was the second lowest in the world. In 2019, the International Labour Organization (ILO) estimated the labour force participation of men (15-64) to be 73.6% while women’s (15-64) labour force participation rate was estimated to be 23.1% with the figures remaining relatively unchanged over the past 10 years. Agriculture remains the biggest employer of both men and women at 79.2% and 83.9% of the labour force respectively.

Over the past two decades, Somalia has experienced a raging civil war, a rise in violent extremism and a devastating humanitarian crisis, which resulted in weak  institutional and bureaucratic infrastructure and has greatly damaged social cohesion and unity.  For decades, conflict, insecurity and natural disasters such as droughts, cyclones, floods, desert locust and COVID-19 have made Somalia a difficult and volatile humanitarian crisis. Somalia has one of the largest populations of internally displaced persons (IDPs) in the world, with displacement driven by the conflict with al-Shabab, fear of violence, drought, lack of livelihood opportunities and evictions.  A total of 7.7 million Somali women, men, and children are estimated to require humanitarian assistance in 2022.

Life for women and girls in Somalia is challenging. Somalia ranks fourth lowest for gender equality globally, maternal and infant mortality rates are some of the highest in the world, and early marriage is prevalent. The Somalia Health and Demographic Survey (SHDS) shows that Female Genital Mutilation/Cutting (FGM/C) in women aged 15–49 is high, at 99.2%which has both short-term and long-term physiological, sexual and psychological repercussions.   Sexual and Gender-Based Violence (GBV) is one of the most prevalent human rights violations faced by people, particularly women, all around the globe. Since the outbreak of Covid-19, women, and girls have faced an even greater risk of SGBV.  To address some of the challenges, in 2018, the Federal Parliament introduced the comprehensive Sexual Offences Bill (SOB), which if approved during the 11th Parliament, would offer greater protection for the victims of sexual violence and would represent a significant step toward ending the culture of impunity as it relates to GBV in Somalia.

In the Somali context, exclusionary politics has been a historic driver of conflict. Given the male-dominated clan system and the absence of a systematic approach to promote inclusivity, Somali women largely remain excluded from key political and decision-making processes, despite the complex they continue to play in conflict, peace, and security.  They continue to remain underrepresented within national and regional decision and making policy-making bodies. Gender imbalance in political participation, in leadership and decision-making, is a threat to sustained peace and development. Despite commitments to 30% quota for women in the 11th Parliamentary elections (2021-2022), the women’s representation stands low at 20% in House of the People, which is lower than the 2016 figure of 24%.  There were some gains made with 26% seats for women in Upper House in 11th Parliament in comparison to 24% in 10th Parliament.

Despite the positive trajectory towards stability, there continue to be numerous attacks in both urban and rural areas, carried out by militant groups in Somalia. The limited capacities at all levels of government to provide for the security, protection, social, environmental, and economic needs of the population specifically women pose an additional challenge to the promotion of Gender Equality and Women Empowerment (GEWE) in Somalia.

Other aspects of the challenges that women face in accessing justice are the Somali culture, which restricts women to the home and family sphere; differing interpretations of judicial regimes, like sharia, secular and customary law; and the absence of women within the judicial system.  Out of a total of 295 judges there exist 2 female judges and out of a total of 65 prosecutors  14 female prosecutors as of 2021 calling for attention for gender parity.

About UN Women in Somalia

In Somalia, UN Women supports and works closely with governments and civil society to design laws, policies, programmes, and services needed to ensure that the gender equality standards are effectively implemented and truly benefit women and girls.

UN Women works towards making the vision of the Sustainable Development Goals a reality for women and girls and stands behind women’s equal participation in all aspects of life, focusing on the following UNCF strategic priorities:

Functional, inclusive, accountable, and transparent democratic systems across all levels of government and governmental institutions

All Somalis Particularly Women Live in a Peaceful, Inclusive, and Cohesive Society

Security And Rule Of Law 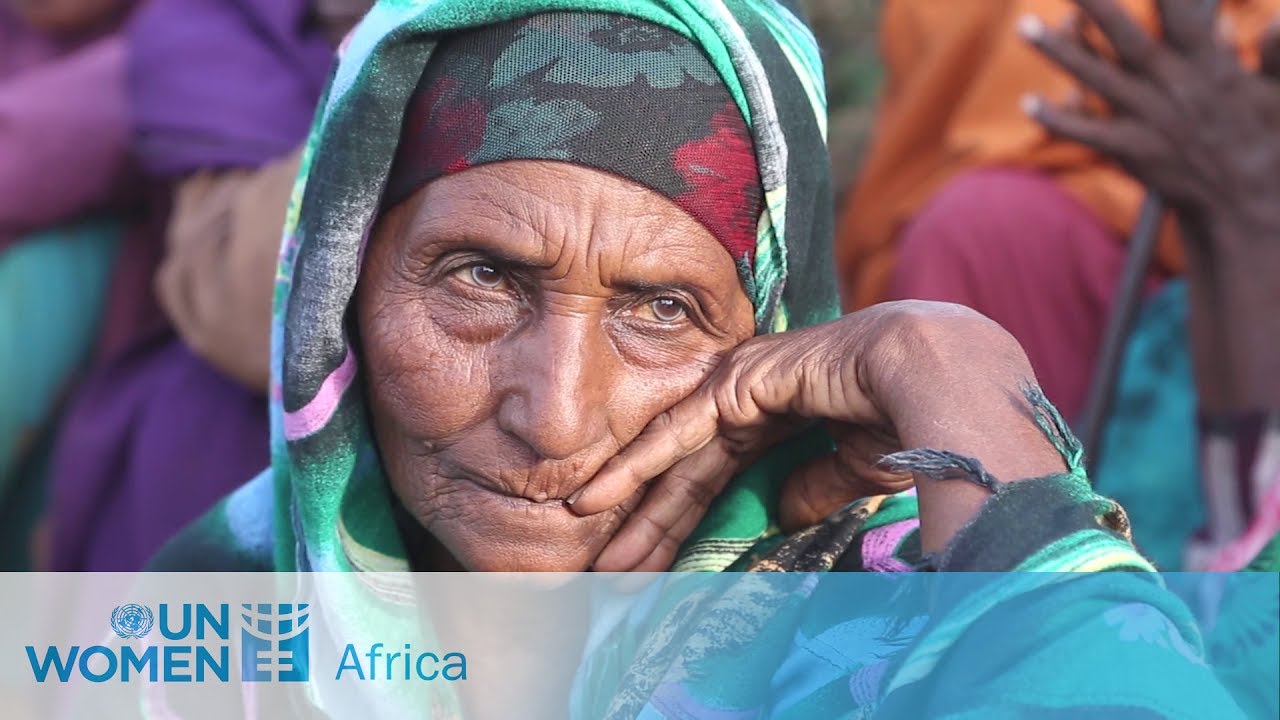 Are women underrepresented in leadership roles in Somalia?

MARKET ASSESSMENT OF MICRO-BUSINESS OPPORTUNITIES FOR WOMEN IN IDP COMMUNITIES AND THEIR HOST COMMUNITIES IN JUBALAND AND SOUTH WEST SOMALIA
Gender, Climate and Conflict Analysis in Somalia and Assessment of Opportunities for Climate Smart Agriculture and Livelihood Opportunities for Crisis-affected and At-risk Women in Somalia
THE IMPACTS OF COVID-19 ON WOMEN AND GIRLS IN EAST AND SOUTHERN AFRICA.
See more
news

Your questions answered: What is female genital mutilation and how is UN Women working to end it in East and Southern Africa?
Supporting women leaders and aspirants to unleash their potential
Enat Bank and Ashagari Consulting Firm become signatories to the Women Empowerment Principles (WEPs).
Support for land use planning sees over 2000 women farmers in Tanzania become land owners
Strengthening the voice and agency of women with disabilities in Tanzania
END_OF_DOCUMENT_TOKEN_TO_BE_REPLACED