UN Women engaged more than 500 civil society organisations that attended the Civil Society Week in Dodoma in November 2019, to foster partnerships in the implementation of the Generation Equality Campaign in Tanzania. The awareness raising initiative coincided with the ongoing celebrations over Tanzania’s ruling to raise the age of marriage to 18 years by the Court of Appeal in October.

In 2016 the Founder and Executive Director of Msichana Initiative, Rebeca Gyumi; 32, and her colleagues, mounted and won a legal battle to change sections in the Marriage Act of 1971, which allowed a child to marry as young as 14 years. Tanzania's High Court then ruled that sections 13 and 17 of the Act were unconstitutional, and that the legal age of marriage should be raised to 18. Despite an appeal against the ruling, Tanzania's Court of Appeal upheld the earlier ruling and has given the government one year to implement the decision.

We spoke to Rebeca who is also a Generation Equality Youth Taskforce member, on what the future holds for women and girls in Tanzania. 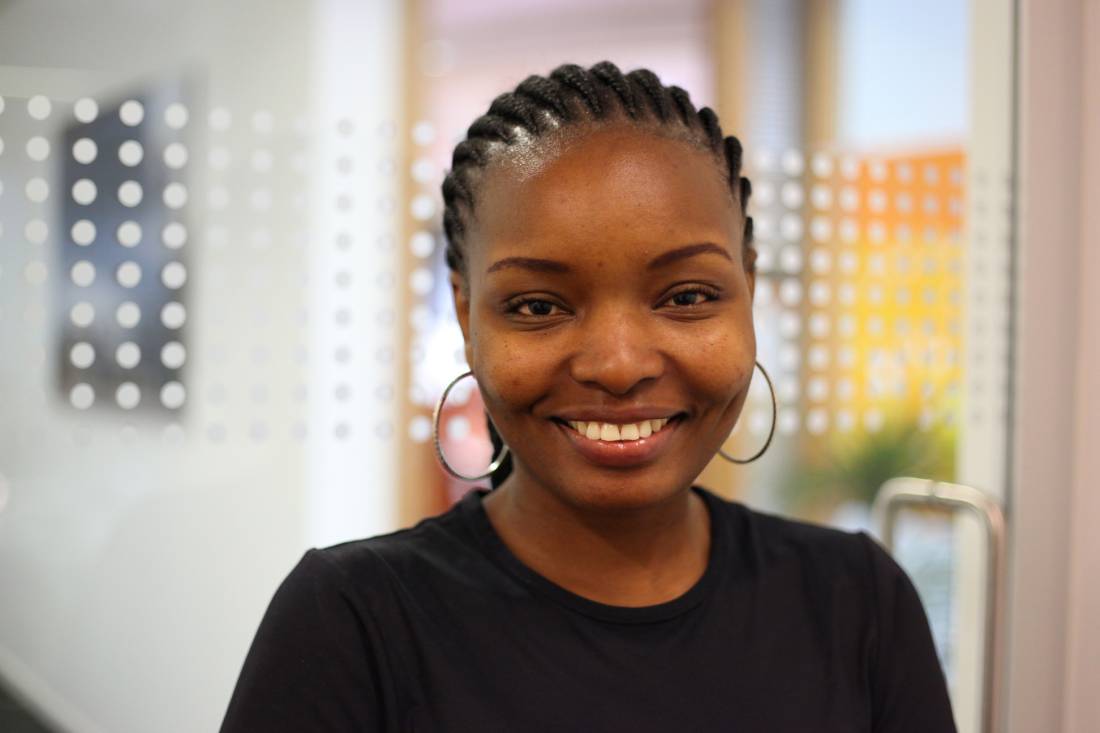 What inspired you to opt for the legal route in challenging the Marriage Act?

When I was young, I saw how girls were married off and used to wonder why it appeared there was little progress in changing the law. Despite my tender age, I could tell that this was a brutal practice because after the marriage, the girls stopped going to school. I could not connect what was happening to other factors such as the legal framework, which I would say, also contributed to the situation that the girls found themselves in. As I grew older, I understood the bigger picture, that child marriage was a big problem and was not only occurring in my community in Dodoma but also affected many girls in other parts of Tanzania. During my law studies at the University of Dar es Salaam, I also got to understand the implication of the law of Marriage Act of 1971 and specifically sections 13 and 17 which allowed girls as young as 14 to get married with the court’s permission and then at 15 with their parents’ or guardians consent.

I really thought that something should be done because as students in university, we all agreed that this old law was creating a gap and promoting an enabling environment for child marriage. After my graduation, I realized that although there was a lot of advocacy aiming to change the law, efforts appeared to hit a wall. I therefore decided to work with colleagues on strategies that could lead to the review of the Marriage Act of 1971. Looking at the efforts by other organizations, taking the matter to the High Court was the best of the strategies we opted to use.

Why do you think in the case of Tanzania, it has taken so long for the Court to make their ruling?

There are a number of reasons, before we filed the case in court, one human rights organization undertook a similar initiative, but I am not sure why the case was not finalized. But I would say, it took long for Tanzania because as I pursued the case, issues around culture, traditional and religious norms featured strongly during consultations. If you look at patriarchy, which dictates the way girls are socialized and women perceived in the society, I see this as a system that has been institutionalized without many people realizing how it’s affecting women and girls. This acceptance of a way of life tilted to the disadvantage of women and girls is one of the reasons why changing the discriminatory sections of the Marriage Act was not seen as an urgent matter, despite the obvious consequences. Women and girls in Tanzania waited for 48 years before we could have such a defining decision. One can only imagine how this development could have impacted on the status of women in Tanzania today had it come much earlier.

Do you see the implementation of this ruling accelerating efforts for an equal future for Tanzanians?

The harmonization of laws will create new opportunities for Tanzania to accelerate efforts towards creating an Equal Future. If translated to law, the decision gives the girl child a fighting chance to realize her potential. That for me means leapfrogging in achieving parity in terms of the number of girls who are likely to remain in school, transition to higher learning and complete their university studies. It also speaks volumes about the possibilities that lie ahead for women, come 2030. Although we still have to ensure we have mechanisms in place that will help us realize our dream for each and every girl in Tanzania, I think in the near future, the effective implementation of the decision, including review of current legislation, will have a multiplier effect, in terms of gains in various sectors, in terms of increased participation of women; and will even go a step further to address other challenges that women are currently facing.

With continued commitment towards protecting the rights of women and girls and empowerment, I have a much broader vision for my country: a time shall come when all girls will stay in school until they graduate from university; and only women will get married and not girls. We need to capitalize on the court’s decision to raise the age of marriage to 18 years and take it as a critical gain we should build on to push for an Equal Future. 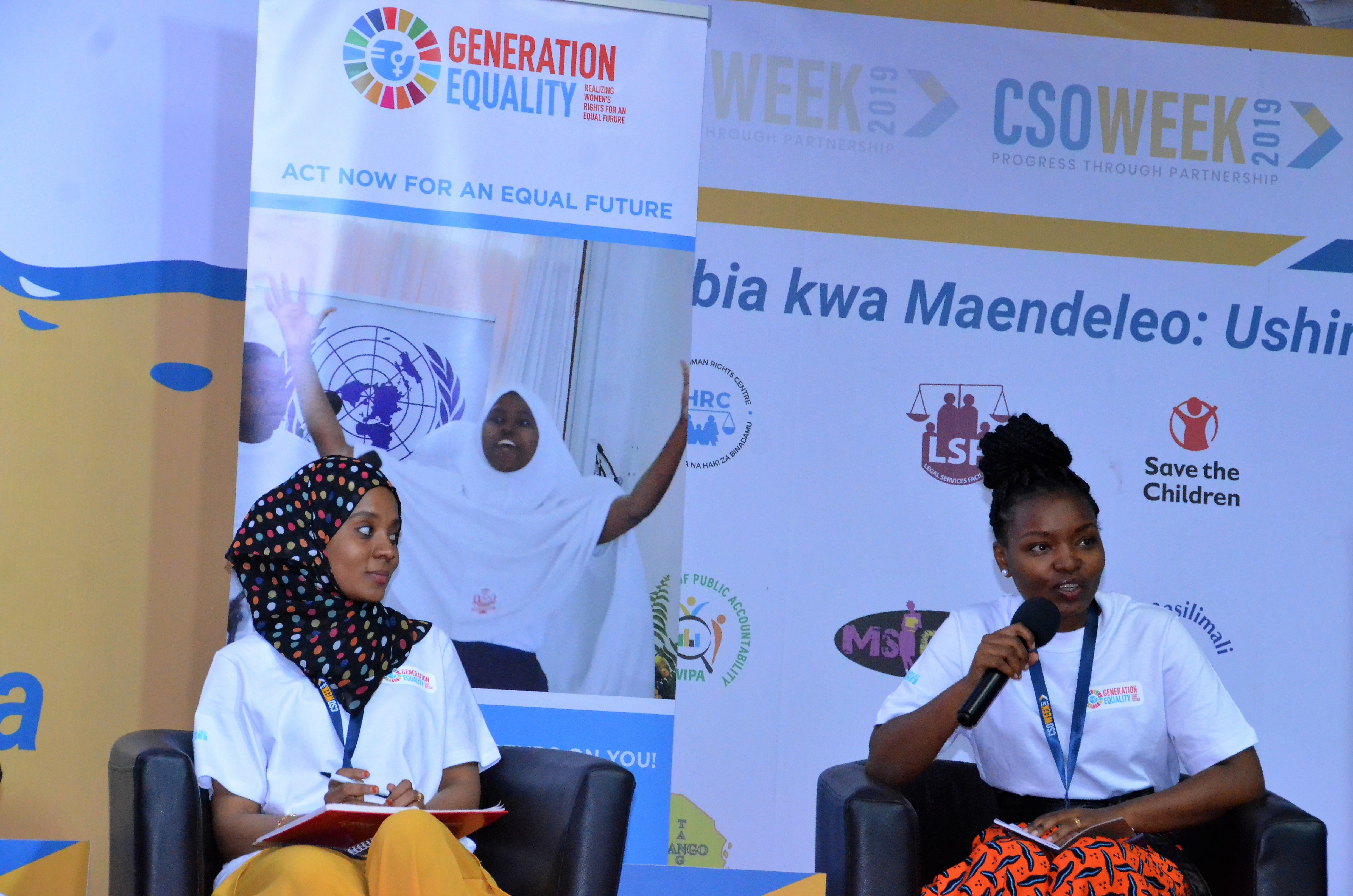 Speaking during the Generation Equality Panel discussion in Dodoma;

You were a panelist in the Generation Equality session that focused on strengthening partnerships for inclusivity, to Realize Women’s Rights for an Equal Future. How can Tanzania overcome barriers to the empowerment of women, leveraging on the court decision to ban child marriage?

When you look at the process that led to the decision by the Appeal Court, you will realize that this is what the Generation Equality Campaign is advocating for, which is to bring young women’s rights activists on board the main train of the women’s rights movement. Together with many other young activists, we bring on board new strategies, which can help us to deal with the unfinished business of gender equality.

Importantly, as young activists, we are keen to learn from other generations of activists. I believe for progress to be made, that is what we need; a much stronger, smart and diverse women’s rights movement, that will work closely with the government and other actors. I am happy that one of the panelists in our Generation Equality discussion was the Director for Gender in the Ministry of Health, Community Development, Gender, Elderly and Children, which shows the government’s commitment towards the realization of the rights of women and girls in my country.

One of the barriers to the empowerment of women and girls we need to address is the deep-rooted discriminatory practices that result from socialization and a mindset that does not appreciate the significant role that women can play for the industrialization and economic growth of our country. We can overcome that through actions, including the court’s decision, alongside a series of activities that seek to change that mindset.

While we welcome the decision, we are also aware that it does not automatically translate to ending child marriage. We have learnt this from what is happening with the female genital mutilation practice, which despite being criminalized, is still being done in some communities. We therefore need to invest more in preventive mechanisms that aim to transform behavior in line with the legal provisions.

I would also like to emphasize that while the Court of Appeal ruling can be used as a precedent against offenders, it is when the law changes that we can make some progress in the prosecution of cases. While we wait for the review of the law, we also need to educate the communities, so they understand its implications. Looking at the girls, they need to understand that this ruling has empowered them to take action and defend their rights to education and a healthy and happy childhood.

Following the ruling, what next for Rebeca Gyumi?

There are new opportunities already and we are grateful to UN Women for launching the Generation Equality Campaign, because it goes right to the heart of our issues here in Tanzania. I see the decision fueling the women’s rights agenda, which will require all generations of women and girls to work together and consolidate our gains, and importantly, plan for the future of the movement. I think real work starts now and we need to seize the moment and ensure as we celebrate the 25 years of the Beijing Platform for Action next year, we have in hand our master plan going forward.

The Generation Equality Campaign has created the much-needed space for further engagement with various actors including the government, the private sector, community-based organisations and schools. We need the Generation Equality Campaign to facilitate community-based approaches targeting various audiences including traditional and religious leaders and have a critical mass of male champions in the remote parts of the country.