My Take, Your Take: Fighting for justice and gender equality in Liberia

In this intergenerational series for the Generation Equality campaign, young people take the lead to shape the conversations. Gwendolyn Myers, a 29-year-old peace activist from Liberia, talks with a veteran activist, Abla Gadegbeku William, 59, who has fought for the rights of women and children for more than two decades. 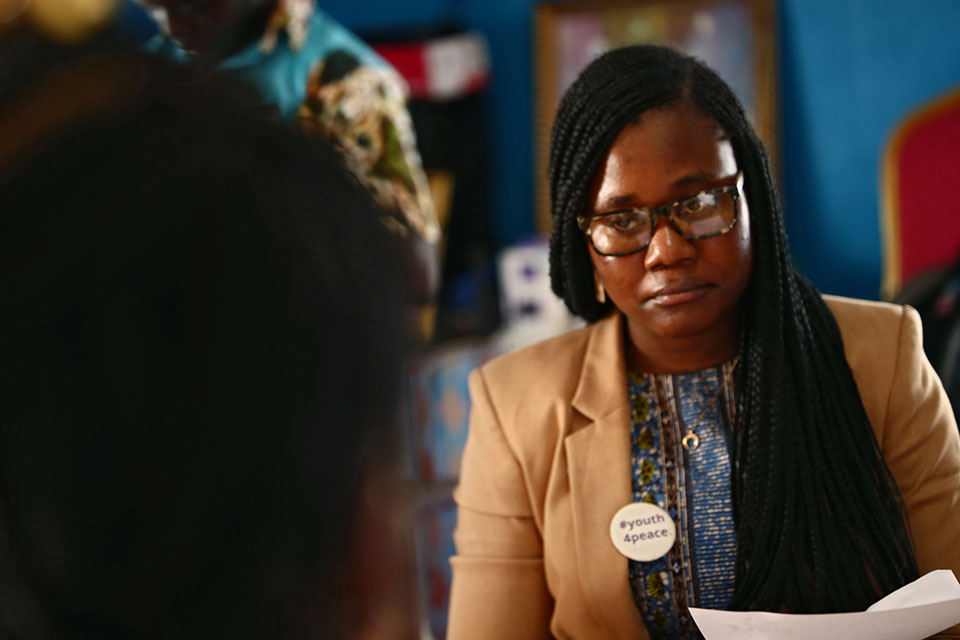 Gwendolyn Myers, 29, from Liberia, sees the adoption of the Beijing Platform for Action as a rallying point for advancing gender equality. For her, the Beijing Declaration, which was adopted when she was just four years old, underscores the legitimacy of women’s rights and Member States’ commitments to upholding them.

Myers believes that, although progress has been achieved, there is still much to be done. “Society still needs to be educated on what the Declaration means,” she says. “Women and girls still need to be empowered.”

For Myers, the greatest change has been witnessing women step into leadership roles and break down stereotypes. “Because of these platforms, we are able to hold people accountable and use our voices. We have seen women ascend to top leadership positions,” she says.

“Many things still tie the hands of women. Challenges remain, but young women are doing everything possible to break through.”

Ellen Johnson Sirleaf, who served as the President of Liberia from 2006 to 2018, was the first elected female Head of State in the African continent.

Myers says the most pressing concern is the need for more awareness and engagement around empowering young women and girls. She believes that their full inclusion is crucial to achieving sustainable development.

Myers follows in the footsteps of veteran activists like Abla Gadegbeku William who has advocated for peace and gender equality for more than 20 years. 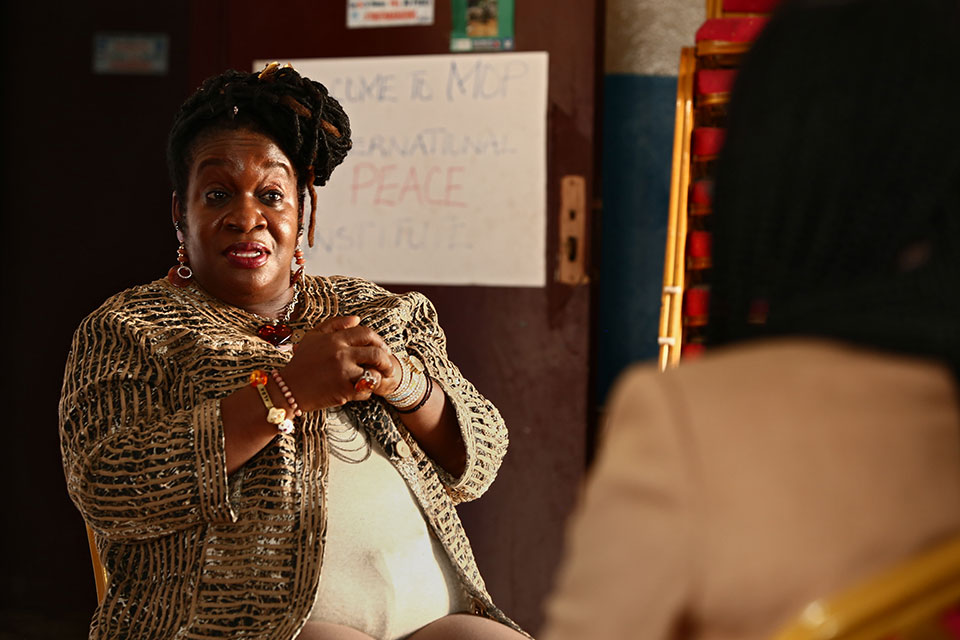 When and why did you become an activist?

Abla Gadegbeku William: During the Liberia civil conflict, which began in 1980 and ended in 1990, many women were abused, raped, denied their rights, and lacked access to health services. Liberian women needed a voice, but we didn’t have exposure to what was happening at the global scale. We needed support from women of other countries to help us speak out. The Beijing Platform for Action provided us with a roadmap for advancing gender equality; in 1995 we formed an association of female lawyers to defend the rights of women and children.

What has been the biggest change for women in Liberia since the Beijing Platform for Action was adopted?

Abla Gadegbeku William: Women are more aware of their rights. In rural areas, women are asking for policy changes, and more women are contributing to Liberia’s economic development.

Men are beginning to realize that women, too, can sit at the table and contribute to the country’s development.

Although we have achieved a lot, there is more work to do, especially on peace and security.

What hasn’t changed yet for women? Where do we go from here?

Abla Gadegbeku William: The patriarchal system hasn’t changed. Men continue to hold most leadership positions; they develop laws, make decisions, and control voting processes. We will push for change until we work in partnership with them.

It’s important to emphasize that we are not seeking jobs but equality, in all spheres and across leadership levels. We are still fighting for the rights, education, health, and dignity that was taken from us during the conflict; we continue to seek justice.

We will continue to break down barriers, build partnerships, offer mentorship, create networks, and learn from other women. Then, we’ll pass the baton on to the younger generation to continue the fight for equal opportunities and rights.

Related News
03/03/2021
My take, your take: Women's rights in Burundi, then and now
12/08/2022
Tribute to Annie Nushan
22/06/2022
Assistant Secretary General and UN Women Deputy Executive Director to visit Liberia
22/12/2021
From where I stand: “I am tired of Turkana being called a marginalized county. I want to change that”
01/09/2021
UN Women supports the Ministry of Gender, Children and Social Protection to host mock parliament sessions in five counties in Liberia.
END_OF_DOCUMENT_TOKEN_TO_BE_REPLACED