The Government of Kenya has launched its second-generation action plan to put women front and centre of the country’s complex peace and security landscape. 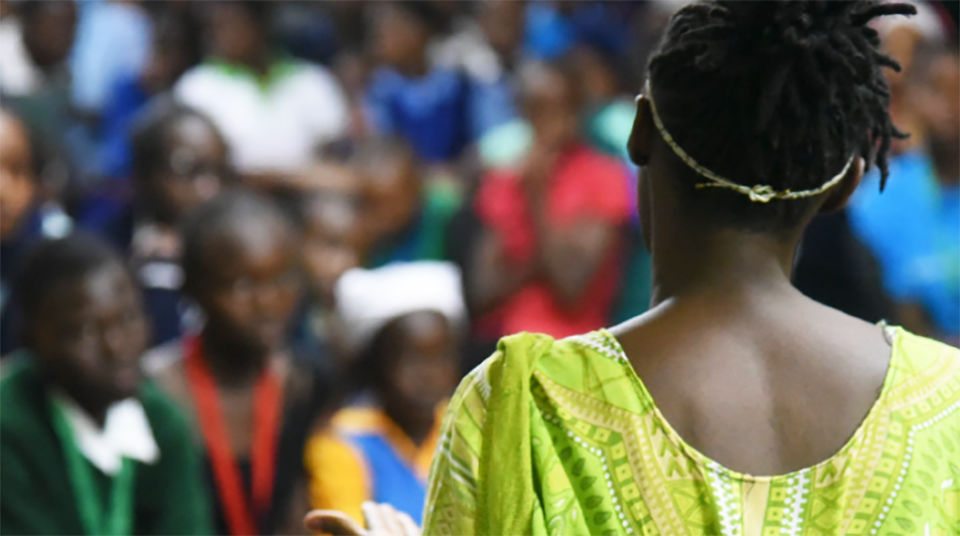 The Kenya National Action Plan on Women, Peace and Security 2020 – 2024 (KNAP II) is the second phase of a process initiated in 2016 to implement the United Nations Security Council Resolution 1325 (UNSCR 1325). By providing a framework to amplify voices of women at grassroots, country and national level, it also aligns with the Leave No-one Behind principle. It identifies duty bearers' strategies and recognises the role and agency of women and women-led community organisations in peace and security issues, building on their analysis, knowledge, and capacity to advance sustainable peace.

Building on lessons from the first KNAP and an eye on emerging issues, the plan specifically targets critical security priorities in Kenya including climate change; violent extremism; gender-based violence (GBV); forced migration and human trafficking; and humanitarian disasters. Women and girls’ participation and leadership in managing these issues is invaluable through their unique lived experiences and expertise, stemming from the varied roles they hold at community, county and national level.

The process has been a whole of government approach, involving commitment from all major ministries responsible for Kenya's security. Specific milestones of the first KNAP include the Ministry of Defence’s first ever Gender Policy, affecting an increase of women’s meaningful and effective participation in decision making and the appointment of the first female Major General in Kenya, Fatima Ahmed.

The Ministry of Interior and Coordination of National Government has also been able to integrate gender into its peace and security architecture, signalling a two-fold increase in the number of women in peace committees, from 14% in 2013 to 29% in 2018.

Speaking on the launch of KNAP II, Cabinet Secretary for the Ministry of Public Service and Gender added: "We have witnessed how local women peace-builders make notable progress in implementing the WPS agenda in our different counties, this demonstrates how the localization process has given women the space to take part in decision-making and resolution of local disputes as well as the incredible role of women are playing in peace negotiations and the their leadership in continuing to implement the Kenya National Action Plan.”

International partners have also been deeply involved in the development process. The Government of Finland has been ever present in advancing the Women, Peace and Security (WPS) agenda in Kenya and globally. The Ambassador of Finland to Kenya, Erik Lundberg, commented on the promising future for KNAP II: “Global evidence shows that some characteristics in [National Action Plans] include creation in partnership with civil society, stakeholders having clearly identified roles…supported by a monitoring and evaluation plan. The KNAP II fills these global criteria and is a good tool for successful implementation. We have witnessed the strong commitment and participation from a wide range of stakeholders both government and civil society, at national and county level and this is a very strong signal of the success of this plan.”

2020 is a crucial year for the WPS agenda. October is the 20th anniversary of the landmark UNSCR 1325, which calls for women’s full and equal participation in all aspects of conflict prevention and resolution, peacekeeping, and peace-building.

“In the current peace and security context, characterized by new and emerging threats such as COVID-19, violent extremism, election related violence, climate change and prolonged displacement, the implementation of the women, peace, and security agenda is more critical than ever.” Siddharth Chatterjee, UN Representative to Kenya

Related News
29/10/2020
From where I stand, Catherine Kwanje Micheal: "If more women are trained as peacebuilders, in the next 10 years the world will be more peaceful"
28/10/2020
From where I stand, Ayoo Janet: "The number of women peace mediators is still limited and this hinders the amplifying of women’s voices in peace building processes"
08/08/2018
Media Advisory: Joint Solidarity Mission of the Advisory Board of the PSC Framework Women’s Platform, ICGLR, AU, Femwise-Africa and UN Women
14/05/2013
Girls receive a visit from a different man every night, a ‘new husband’: In the words of Saran Keïta Diakité
25/05/2022
From Where I Stand - Shamsa Abukakar
END_OF_DOCUMENT_TOKEN_TO_BE_REPLACED