My Take Your Take: Youth take over

In this intergenerational series for the Generation Equality campaign, 24-year old Vickjune Wutoh, from Liberia discusses about women’s leadership and political participation with veteran activist, Commissioner Tonia Wiles who has been advocating for the rights of women and children from a young age and became more active after attending the Beijing Declaration and Platform for Action in 1995. 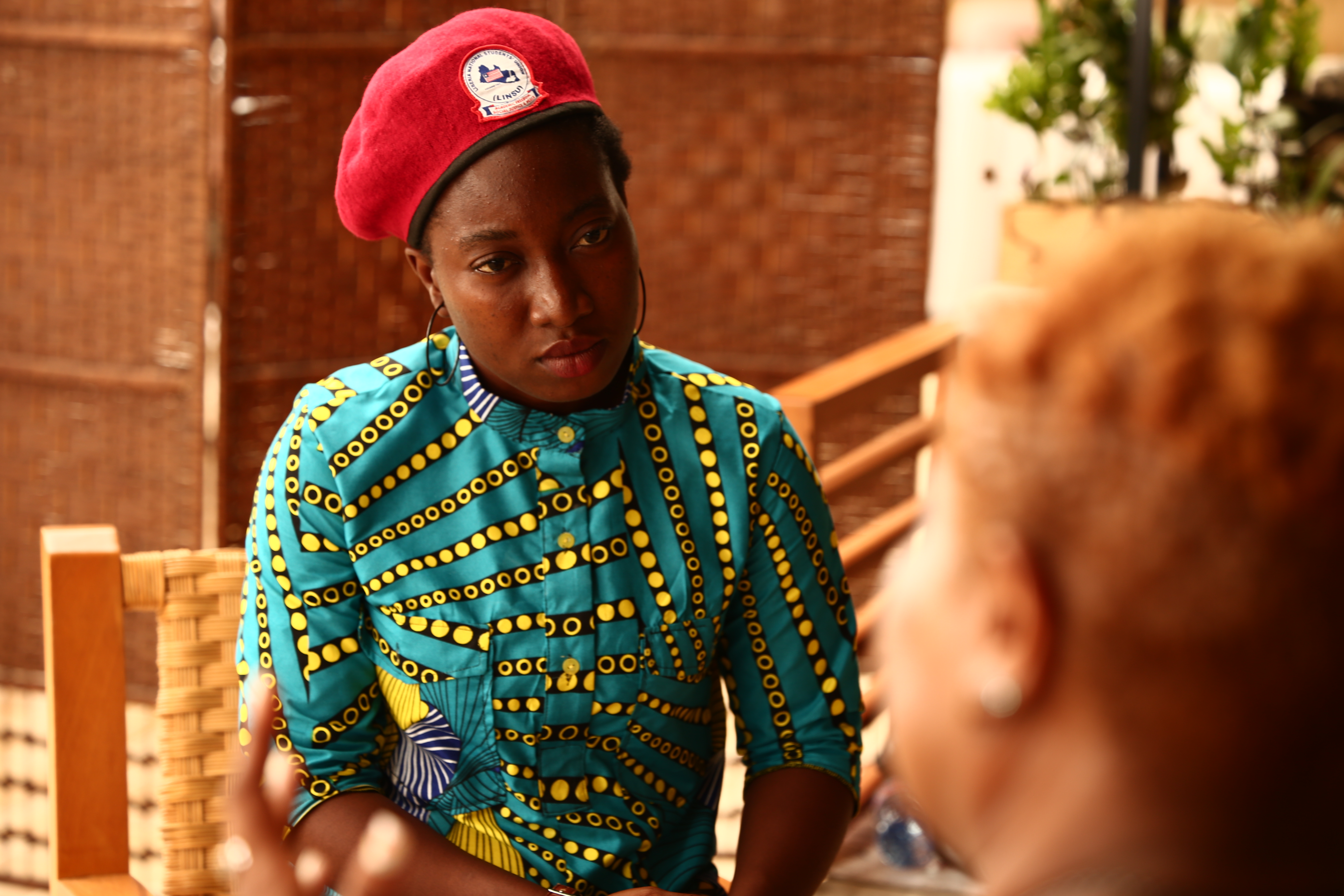 For 24 year-old Vickjune Wutoh, the Beijing Declaration and Platform for Action is symbolic to her because it was endorsed during the same year that she was born (1995) and it also ushered in the first female President that she has ever known in her life, former President of Liberia, Ellen Johnson Sirleaf.

Ellen Johnson Sirleaf serves as an inspiration to many young women in Liberia like Wutoh who now consider the Beijing Declaration as a rewarding platform for them.

Wutoh believes she can sit at the top table because another woman set the precedence and sat at the highest seat in the country.

The biggest change she has witnessed, is seeing women’s roles changing in Liberia. “It was unheard of, for a woman to raise her hand to volunteer to be a class prefect but women can now run their own institutions and are being recognized for what they do,” says Wutoh.

Although women are being recognized for their achievements, the level of acceptance is still minimal. There are people who still do not believe in women and the environment that makes it comfortable for a woman to lead is still a challenge.

Wutoh is inspired by veteran activists like Commissioner Tonieh Talery Wiles who attended the Beijing conference and have been fighting for women and children’s rights from a young age but became more active after the Beijing Declaration and Platform for Action in 1995. 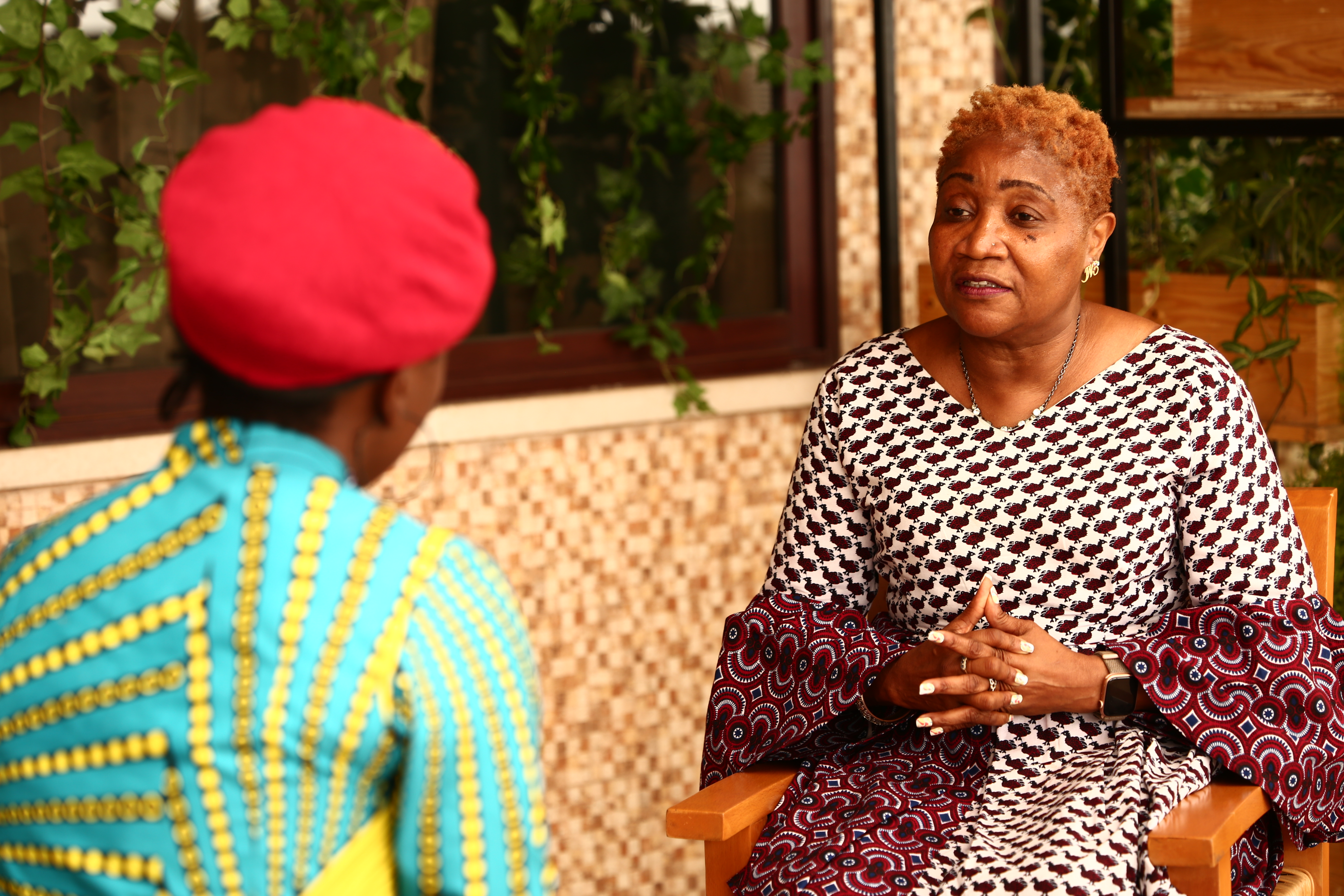 When and Why did you become an activist?

Tonieh Talery Wiles - Activism for women and children’s rights started naturally when I was young although I didn’t realise back then that I was advocating for women’s rights. Growing up, I always took care of the girls and spoke out on their behalf if anyone took advantage of them. When I started working for the Young Men Christian Association of Liberia, I was the only female and I had to fight for my rights to be heard. I became more involved in activism on women and children’s rights after attending the Beijing Declaration and Platform for Action in 1995. The Beijing conference made us feel that we needed to do more, put things into perspective and demand more action.

May you describe the atmosphere at the Beijing conference?

Tonieh Talery Wiles - The atmosphere at the conference was exciting. Women were very excited to be among other women. The conference provided a lot of networking opportunities, discussions and trainings.

What has been the biggest change for women in Liberia since the Beijing Platform for Action was adopted?

Tonieh Talery Wiles - The biggest change for women in Liberia has been the establishment and strengthening of the national institutions for women. The establishment of the Ministry of Gender and Development without any budget was a major achievement.

What hasn’t changed yet for women?

Tonieh Talery Wiles - The perception and the mind set of society has not changed. There is a still a big gap in women political participation. Although we had a female President, we still have few women in parliament and in cabinet. There are still few women in various sectors. In addition, we still do not have a gender equality law. We need an instrument that we can use and refer to. We are still paying lip service to the issue of gender equality.

What is the way forward? Where do we go?

Tonieh Talery Wiles - We ratified almost all the conventions but there is need for a change of mindset and we need to socialize people to understand about women’s rights, gender equality and equity issues. People hide behind tradition and culture. We have our cultural practices, but we are selective in the way we use them. It is easy to stop certain practices but when it comes to harmful practices such as female genital mutilation, people will hide behind culture.

Laws need to be implemented and some of them need to be revisited. Women are not a homogeneous group. We need to incorporate women from various sectors. We have ratified CEDAW, but we should implement. We also need to ensure we have more women in the legislature and in decision making positions.

Related News
21/06/2022
Liberia: UN Women, Orange Foundation’s Digital Inclusion for Women’s Economic Empowerment (D4WEE) Project Set to Become a Game Changer for Women
03/02/2022
UN Women signs a tripartite agreement with the African Development Bank and the Government of South Sudan to promote women and youth’s economic empowerment
22/04/2021
I am Generation Equality: Immaculate Akello, climate change activist and lawyer standing up for rural women in Northern Uganda
03/03/2021
“As women leaders, we can change Liberia.”
13/08/2018
Do not be afraid, we are doing this for Africa!
END_OF_DOCUMENT_TOKEN_TO_BE_REPLACED