Kicked off in September 2020, a new Joint Programme implemented by UN Women and UNFPA is targeting vulnerable small-holder farmers in the regions of Shinyanga and Singida, Tanzania. It is set to boost their incomes for economic resilience and agency at the household and community level. Mariamu Rasidi speaks to UN Women on why this intervention is important for the empowerment of women in her community. 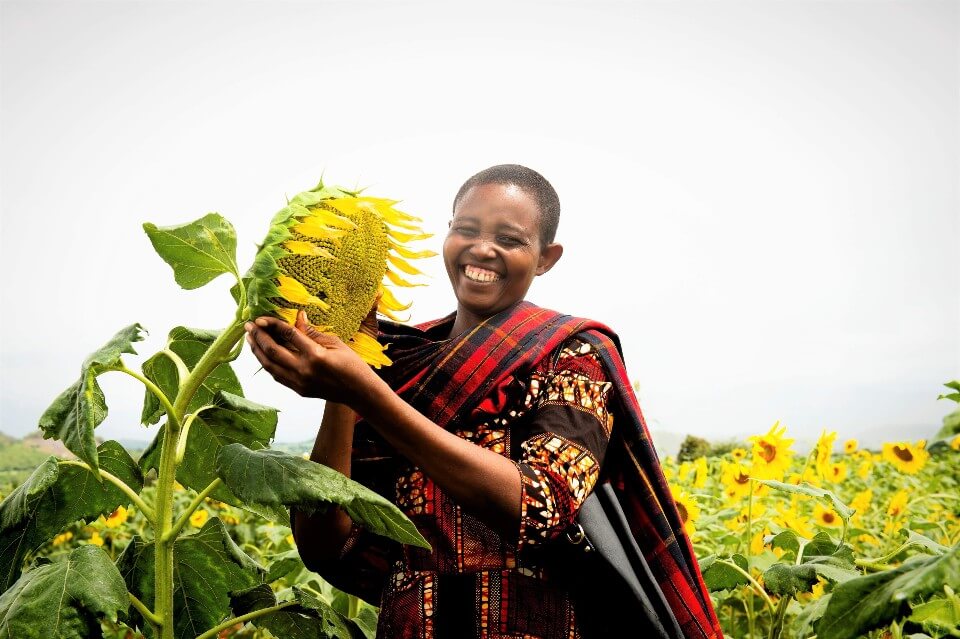 In the Singida region of Tanzania, sunflower women farmers receiving support from UN Women are expecting better profits this season due to a high demand for sunflower oil triggered by last season’s low production. Photo: FarmAfrica.

My name is Mariamu Rasidi Tungu and I am a 48-year-old farmer and mother of seven children. In 2020 I joined forces with three fellow horticulture women farmers to expand our production in the face of a myriad of challenges. Thanks to UN Women’s generous support, our group is one of the women smallholder farmers’ groups benefitting from the “Realizing Gender Equality Through Empowering Women and Adolescent Girls” programme, which will be implemented in the Singida and Shinyanga regions over the next three years.

The programme is very relevant to the Tanzanian context where women make more than half of the workforce in the agriculture sector. The majority of these women work on family farms and small plots without receiving any payment. Although women farmers in my country work very hard, many remain poor due to multiple barriers to their full contribution—such as lack of access and ownership of land. 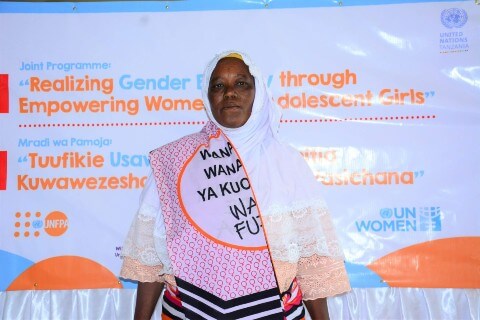 At the launch of the programme in September 2020, Mariamu Rasidi was one of the women farmers who came to celebrate support from UN Women. Photo: UN Women.

The UN Women programme is now supporting us to also have control over land. By enabling women to use their titles as collateral when they apply for loans to grow or start their agri-businesses, this programme is a game-changer in the history of land ownership in my  community where the majority of women have less control over land . It is also a good starting point towards addressing the negative attitudes that have pushed back women’s contribution in the agriculture sector in my country. Through this great package of interventions, I envision a positive shift in our rural economy, where women small-holder farmers can increase their agricultural production and improve the quality of their lives to the benefit of their families and communities at large. 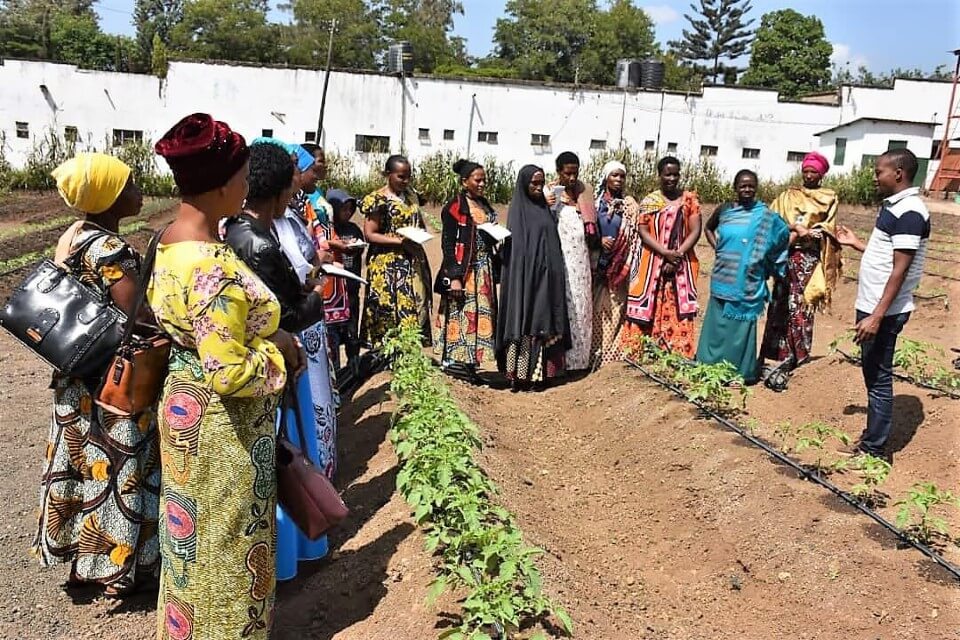 During a training on how to use drip irrigation in Singida, Mariamu Rasidi was one of the women who was trained on climate-smart techniques to grow sunflowers using drip irrigation. Since the launch of the programme, UN Women has trained 766 women sunflower farmers to improve their production in the Shinyanga and Singida regions. Photo: UN Women.

The “Realizing Gender Equality through Empowering Women and Adolescent Girls” is a new 3-year Joint Programme implemented  by UN Women and UNFPA in Tanzania, thanks to the generous contribution of USD 5 million from the Korea International Cooperation Agency (KOICA). Through the Joint Programme, UN Women is targeting some 2,350 women smallholder farmers among the furthest behind women and girls in the regions. This initiative will support women farmers to increase their production, participate in processing sunflower to oil and boost their incomes for economic resilience and agency at the household and community level. In partnership with UNFPA, the initiative will also address the intertwined socio-economic challenges that women and adolescent girls face in rural Tanzania, which act as barriers to women’s economic and social empowerment and place them at greater risk to gender-based violence and harmful practices. Prior to its launch, regular resources funded a needs assessment conducted by UN Women in the regions of Shinyanga and Singida, whose findings provided the basis for designing the programme.

Related News
05/07/2021
UN Women, UNFPA joint programme supporting women and girls in Tanzania to keep their dreams alive
12/10/2021
From where I stand: “Although women farmers work hard, many remain poor due to multiple barriers”
28/05/2021
Empowering women’s cooperatives: a solution to counter the consequences of COVID-19
01/10/2020
New Joint UN Women and UNFPA partnership to empower women smallholders in Singida and Shinyanga regions of Tanzania
04/09/2020
UN Women helps women-led businesses to recover from effects of COVID-19 in Arusha
END_OF_DOCUMENT_TOKEN_TO_BE_REPLACED