“We as men should stand tall..... rape, sexual violence cases must be a thing of the past. We must come together as a country, as a people, and say enough is enough to women suffering in Sierra Leone!” - Inspector General of Police, Ambrose Sovula.

The 27th of January 2021 was a special day as it culminated the end of a strenuous 315 mile (494.28km) walk from Kailahun to Freetown to make a statement against rape culture in Sierra Leone. Hindolo Pokawa and Dustyn Montgomery, two friends from Minnesota, USA traveled to Sierra Leone because they felt they needed to stand up, speak out and lend their voice and effort to stop rape in the country. Hindolo felt the pain of the rape and murder of the 5 year-old Kadijah Saccoh and felt the need to do something, culminating in this groundbreaking event. 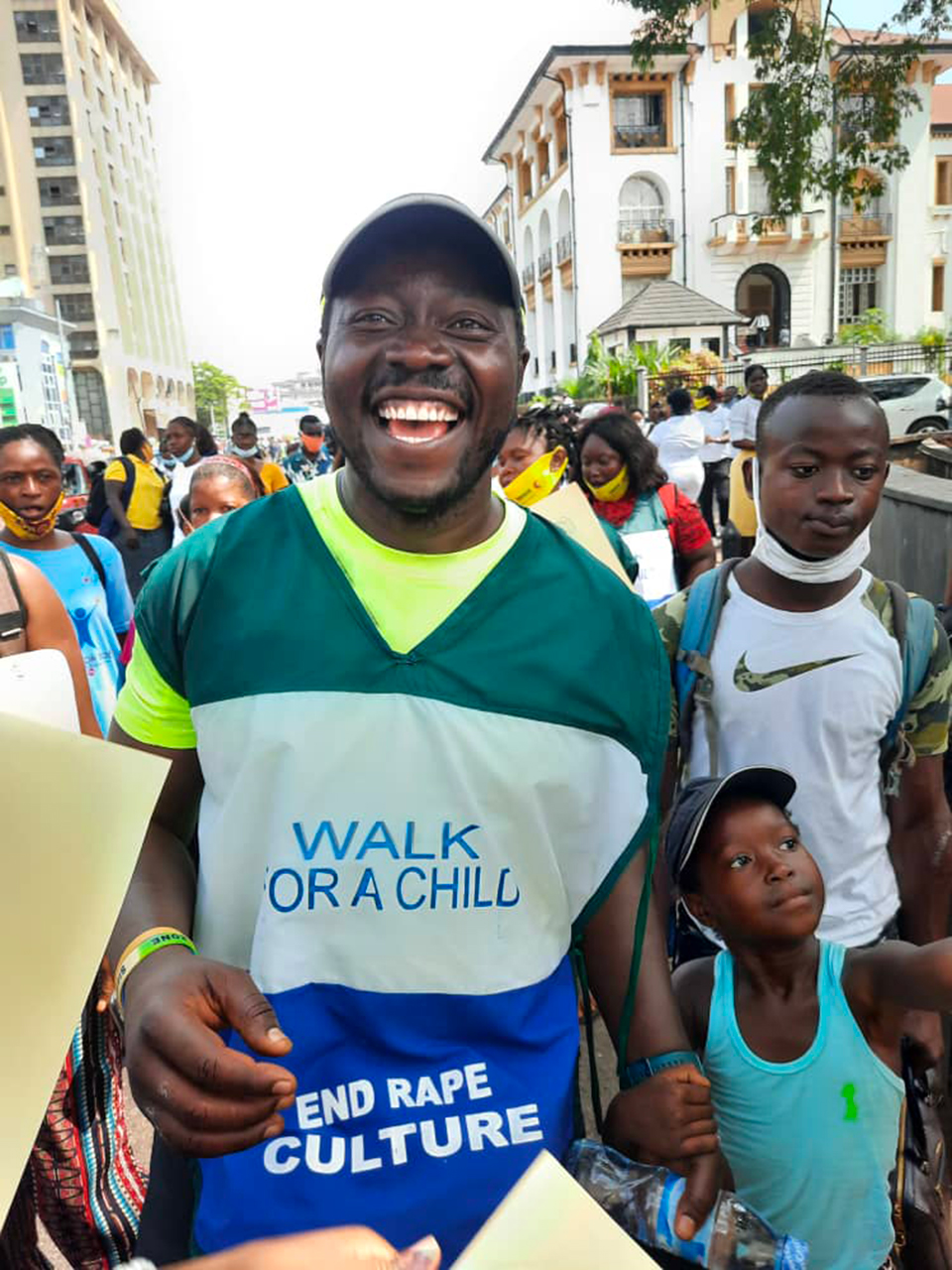 Their journey began on 6th January 2021 with only 2 people-Dustyn and Hindolo, but over the 21 day walk, he picked up supporters similar to Tom Hanks’ character in the 1994 film, Forrest Gump. Hindolo and Dustyn reached Freetown with a team of six people and throngs of supports contributing 1 mile here and 5 miles there; food; a place to sleep; security, and emotional support. 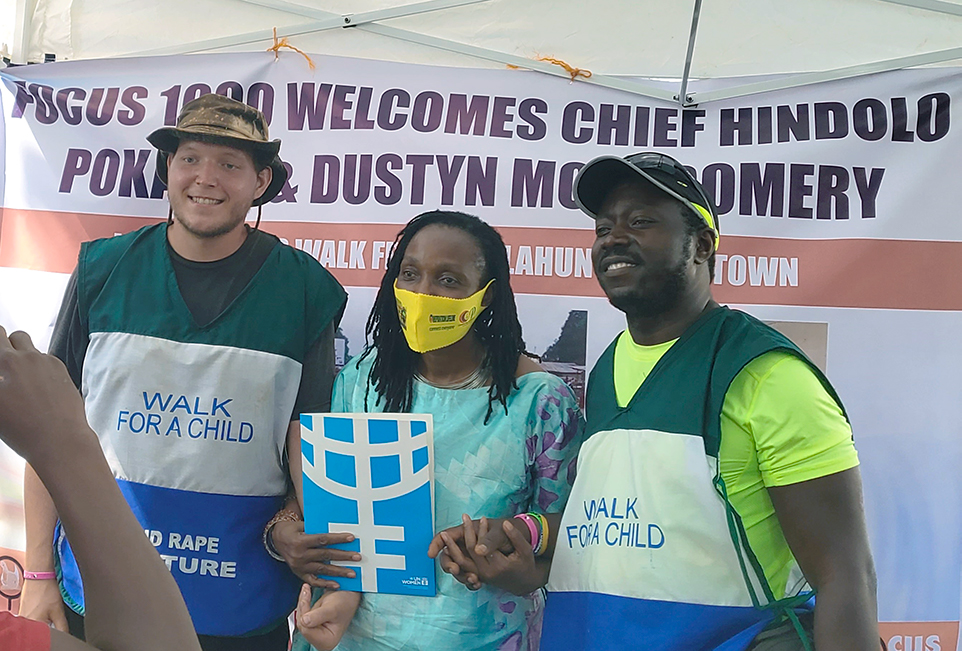 Hindolo, the founder of Sierra Leone Foundation for New Democracy, announced that in addition to raising awareness, his goal is to begin engaging men in behavior change strategies, through a training program to end violence, especially rape, against women in Sierra Leone.

The HeForShe global Campaign, launched by UN Women on 20th September 2014, is a solidarity movement of men and boys standing up for the rights of women and girls from a shared vision of

gender equality with a goal to work together to explore solutions that embrace inclusivity and cherish the principle of equal worth of each and all human beings.

The HeForShe Campaign provides a systematic approach and platform for men and boys, engaging them as gender advocates and Champions – speaking out as active agents and stakeholders in transforming harmful social norms, behaviors including gender stereotypes that perpetuate discrimination and inequality. The HeForShe Campaign is applicable to men and boys in all circumstances whether in the household; in teaching institutions /classroom/in the streets/in the work-place and in all private and public spaces. It engages men and boys from all walks of life including individual and groups; professionals/public leaders in their everyday spheres of influence.

Sierra Leone has been especially proactive in addressing the issue of sexual and gender-based violence (SGBV) in the country. In May 2018, the government declared a state of national emergency on rape and related acts of gender-based violence in violation of the rights of women and girls. On 19 September 2019, the government enacted the Sexual Offences Amendment Act of 2019 which increased the penalty for convicted sexual offenders from 15 years to life imprisonment. On July 7, 2020, the government launched the One-Stop-Centres, which provide quality services for free to survivors of rape and related SGBV in addition to establishing community owned safehouses for victims. On September 09, 2020, the government established one of its kind in western and central Africa, the Sexual Offences Model Court to expedite trials in a survivor-friendly environment. As well, a national toll-free rape hotline #116 was launched in April 2020, for reporting any case of gender- based violence.

For more information on Hindolo Pokawa and to support his fight against sexual and gender-based violence in Sierra Leone, please visit https://www.slfnd.org/.