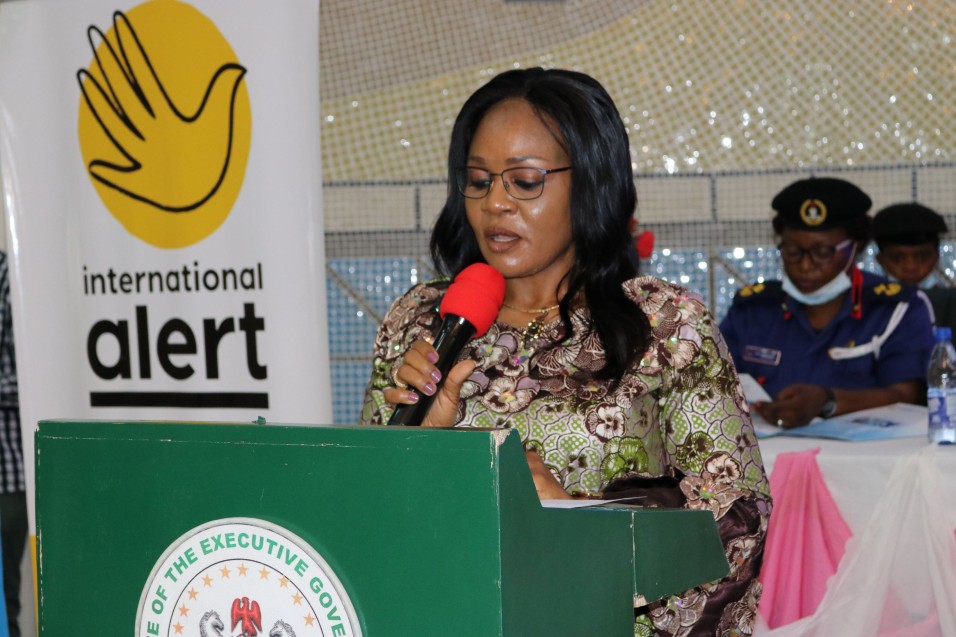 Benue State made history as the fourteenth state in Nigeria to launch its State Action Plan (SAP), in line with Nigeria’s efforts to domesticate its National Action Plan on UN Resolution 1325 on Women, Peace and Security, which seeks to enhance women’s active participation in peace processes, conflict prevention, and early warning and decision-making processes at all levels.

In their goodwill messages, representatives from UN Women Nigeria, International Alert and the Government of Norway all congratulated Benue State on this achievement and called for the inclusion of more women in both formal and informal decision-making processes.

“Benue State is one of the states in Nigeria that has been contending with incessant violent conflict and attacks, resulting in the loss of lives and property, leaving women and children as the majority of the populace that bear the brunt,” said Comfort Lamptey, UN Women Country Representative to Nigeria and ECOWAS, in her opening remarks. “I congratulate the Government and people of Benue State on this special occasion of its SAP launch, and pledge UN Women’s continued support to the women, peace and security agenda and other related development initiatives on gender equality and women’s empowerment.”

The State Action Plan event was coordinated by UN Women, in partnership with the Benue State Ministry of Women Affairs and International Alert, and graced by HE Dr Eunice Ortom, First Lady of Benue State, who in her address commented that “there is an urgent need to change the perception of women in the security sector, conflict resolution, and peace and mediation”.

Representatives from the Office of the Executive Governor, women’s mediation networks and youth organizations were also in attendance, along with HeForShe advocates and traditional and cultural leaders.

Underscoring the gains made in launching a State Action Plan in Benue, UN Women’s Peter Mancha said, “Having a SAP is a means to an end. It’s a good achievement, but it is better to have the SAP fully implemented to achieve the desired goals in Benue.”

“We have engaged various stakeholders, including one-on-one conversations with men and how to get the public buy-in on the importance of engaging women in decision making.”—Mr. Tine Agernor, HeForShe network, Benue State

Related News
20/10/2020
From where I stand: “It won’t be easy… reach out, grab the baton and keep running forward”
14/05/2013
Girls receive a visit from a different man every night, a ‘new husband’: In the words of Saran Keïta Diakité
26/09/2022
“The WPS agenda in South Sudan could not be timelier” – South Sudan begins the development of its second National Action Plan on the UN Security Council Resolution 1325 on Women, Peace and Security
06/09/2022
Ethnic tensions, historical injustice and a sugar industry
24/02/2022
UN and Government renew commitment to Women Peace & Security in Nigeria
END_OF_DOCUMENT_TOKEN_TO_BE_REPLACED