From where I stand: “These new drought-tolerant groundnut seeds I planted are performing wonders!”

Georgina Eunice Gama, 39, is one of 10,100 Malawian women farmers who has adopted climate smart modern farming technology with support from UN Women. 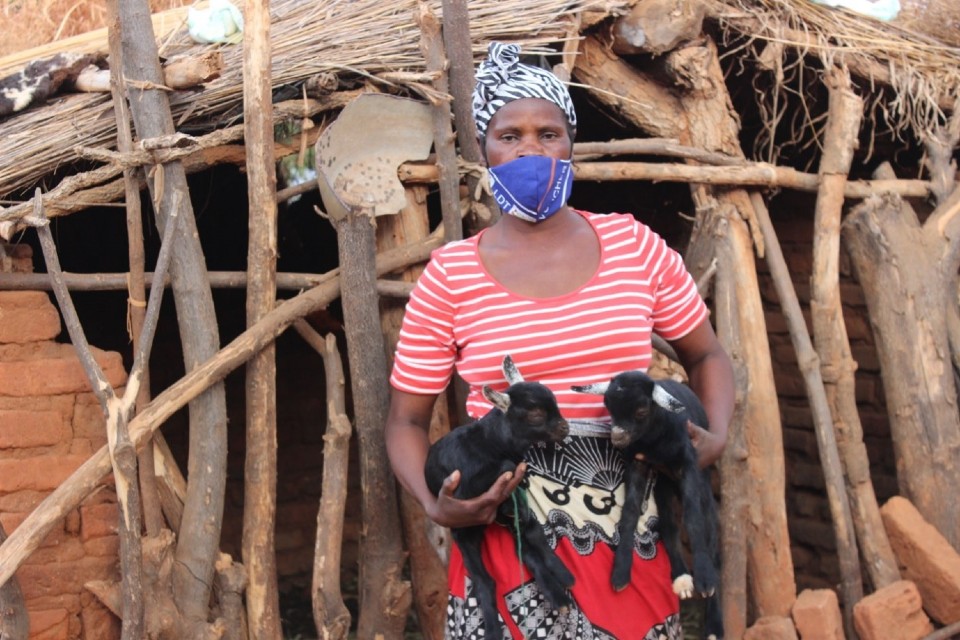 The best cover for groundnuts is in March. When I was growing up, I spent countless mornings in March staring out at the never-ending rows of green groundnut plants on our family field. By the time I was 18, the plant growth and crops yield had been negatively affected by climate change. Back then I didn’t know what climate change was. We called it bad luck.”

Over the years, I have planted seed from my local market. The old varieties, despite having a higher oil content, which makes them more desirable, are less resistant to drought conditions, pests, and diseases and produce fewer groundnuts. Our cooperative learned about climate change and how to ‘smartly’ grow groundnuts with UN Women support. We received certified seed of improved groundnut varieties, which are high yielding, tolerant to drought and mature earlier.

I have learned innovative ways of overcoming climate change problems. I plant seeds in double rows, and I have adopted affordable field care practices. I now know the best seeds to grow in this area. These new drought-tolerant groundnut seeds I plant are performing wonders! The best thing is that market demand for the improved seed varieties are higher than the old varieties. When we started off, we were a bit skeptical about who would buy our product, but today we are supplying groundnuts to a seed production company. I am now self-reliant. I am making enough money to feed my children, pay school fees and I have diversified into goat production. I never would have imagined that a change in seed would change my life. A seed!

Georgina Eunice Gama is the Secretary of Mtenjemanga Cooperative in Mchinji in central Malawi. UN Women enhanced livelihoods and resilience of women farmers to climate change within the multi-country project “Climate Smart Agriculture” being implemented in South Africa, Uganda, Malawi and Nigeria funded by Standard Bank of South Africa Limited.