Women and girls against instability and violence: project launching ceremony in Senufo country 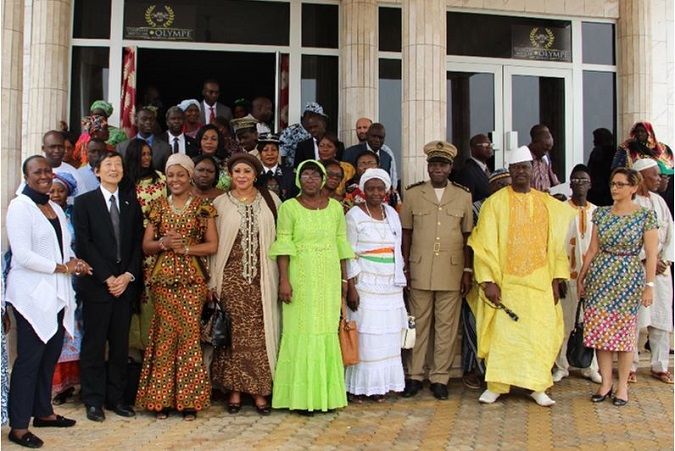 It’s with the sound of balafons that the high-level delegation coming from Abidjan to Korhogo was greeted Sunday, June 12th for the launch of the project for the prevention of women and girls vulnerability against instability and violence.

The project, funded by the Government of Japan and implemented by UN Women Côte d’Ivoire in partnership with the Ministry of Promotion of Women, Family and Child Protection (MPWFCP) aims to reduce the vulnerability of women and girls towards violence through empowerment and education within communities. The project will be implemented in all areas of northern Côte d’Ivoire until March 2017. More than 25’000 women, men and young people will be involved in the project activities: awareness raising, training on income generating activities as well as literacy. 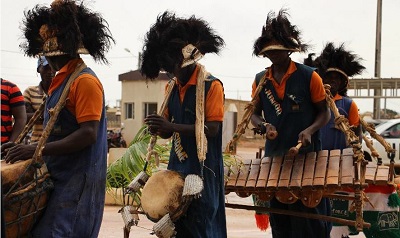 The border areas with Mali and Burkina Faso are a particularly sensitive zone in which women and girls have a crucial role to play in human security issues, hence the importance to reinforce their capacities and thus empower them economically.

The UN Women Resident Representative, Marie Goretti Nduwayo indeed highlighted this by mentioning the recent policy on women’s enrollment in the Police Academy and insisted: “They are not necessarily the first to take up arms and go to fight the enemy, but they can feed, shelter, maintain, inform and guide, and can discreetly help to prevent any situation of insecurity”.

The Ambassador of Japan, His Excellency Mr. Kawamura Hiroshi, emphasized the commitment of his Government through the promise of Prime Minister Shinzo Abe; at the last G7 -to promote and engage in economic empowerment of women. Finally, the Director of MPWFCP Cabinet Mrs. Toure Grekou representing Minister Euphrasie Kouassi Yao, welcomed the multisectoral approach needed to fight against instability and violence recalling the importance of working with family units. 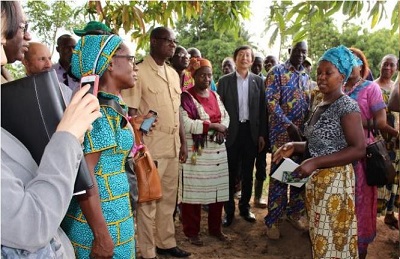 The delegation from Abidjan was constituted of representatives of sectoral ministries (Ministry of Interior, Ministry of Agriculture, Ministry of Youth and Social Affairs, Ministry of Commerce), of elected women (MPs and Mayors), and the representatives of United Nation Agencies (FAO, UNAIDS, UNIDO, UNDP). This delegation, after meeting the chief of land for traditional libations, not only visited the gardening project of a women’s organization, but also discovered the Training and Women’s Education Institute (TWEI) of Korhogo. Student of sewing classes and literacy were able to present their work while recalling the importance of girls’ education. 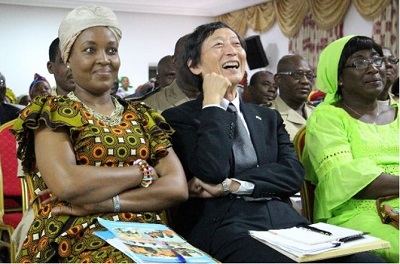 The Senufo culture was honored through a colorful ceremony including music of balafons, dance, and a parade of women’s organizations to present local production. Finally, the ceremony ended with humor, thanks to a sharp and revealing sketch on the weight of responsibility placed on women’s shoulders and the need for their economic empowerment to ensure inclusive and sustainable development and human security.