On 8th March 2018, The United Nations office in Nairobi (UNON) held a Townhall meeting to mark this year’s International Women’s Day. The Townhall meeting brought together UN workers from the over 27 agencies represented in Nairobi. The meeting emphasized the need to do everything possible to ensure gender parity within our work as the UN and within the UN and its affiliated agencies which have not yet met the gender parity especially in senior positions. This is in line with the UN Secretary General’s System Wide Strategy on Gender Parity in the UN, which seeks to achieve gender parity in all UN agencies. The policy provides bold targets to set change within the UN system. The policy calls for special measures to be adopted to ensure gender parity at all levels of the UN.

According to UNICEF’s Regional Director, Leila Pakkala, achieving gender parity is possible within the UN system. For example, UNICEF which has 21 countries within the East and Southern Africa Region, has been able to achieve gender parity in 16 countries within a period of four years. She promised to ensure the remaining five countries also meet the gender parity goal.  To do this, she stated that UNICEF will deploy various strategies including recruitment tools and dashboards to hold managers accountable.  This is in addition to focusing on staff retention, learning, growth and staff skills development to ensure upward mobility for staff in junior positions majority who tend to be women. 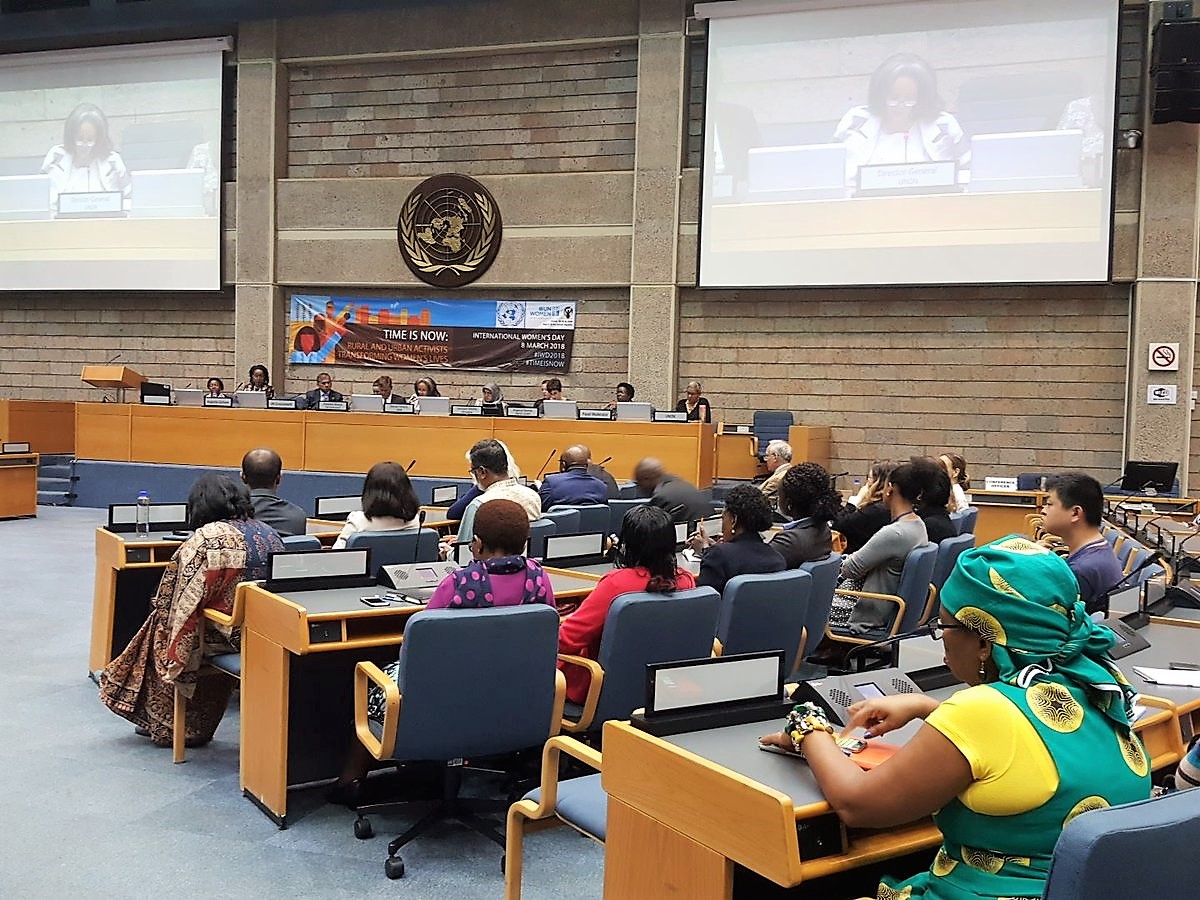 UN agencies agreed to create an enabling environment by offering options like Flexitime, providing security, and promoting a culture of respect. Women were encouraged to stand up and allow their voices to be heard and those in senior managers. UN Residency Coordinator, Mr. Siddharth Chatterjee was encouraged to be unequivocal and unambiguous in advancing gender equality. The UN must embrace the HeforShe agenda to motivate counterparts in government are able to embrace it as well. Gender Equality should be reinforced at the household level and parents should teach children about gender. We should also engage with religious and faith-based organizations to promote the women agenda.

UN Environment Executive Director, Erik Solheim, stated that sexual harassment is the cruelest, but any assault should be taken with the same regard as UN Environment has Zero Tolerance to Sexual Harassment. To ensure gender parity within UNEP he offered to ensure that managers are encouraged to examine their recruitment process to ensure that more women are brought onboard in senior positions.

The Executive Director of UN Habitat, Ms. Maimunah Mohd Sharif, Executive Director, shared her experience in Malaysia and how it prepared her for her role in UN Habitat. She stated, “UN has an enabling environment and it is now time to act. We are in a better position to promote Gender equality. UN Habitat already has a gender focal point but will establish a gender task force. UN Habitat will also work on having detailed sex disaggregated data and leadership programs for women.”

The UNON Director General stated that for the past decades, to be politically correct would be to talk about gender. “Through the Women’s Network at the UN, we need to support each other to grow. She encouraged all the entities at UNON to participate in the survey on gender parity in the UN, encourage gender parity and the fulfillment of the pledges to fight against sexual harassment and support the women’s network.”

Related News
12/03/2018
International Gender Champions strive towards Gender Balance
10/01/2023
In the words of Martha Wambui: "Who will articulate the unique needs of women if they are not at the decision-making table?"
29/11/2022
From Where I Stand - Dorcas Mwendwa
20/06/2022
From Where I Stand - Beatrice Cheptoo
18/06/2022
Sexual violence convictions a reality for Kakuma’s refugee community
END_OF_DOCUMENT_TOKEN_TO_BE_REPLACED