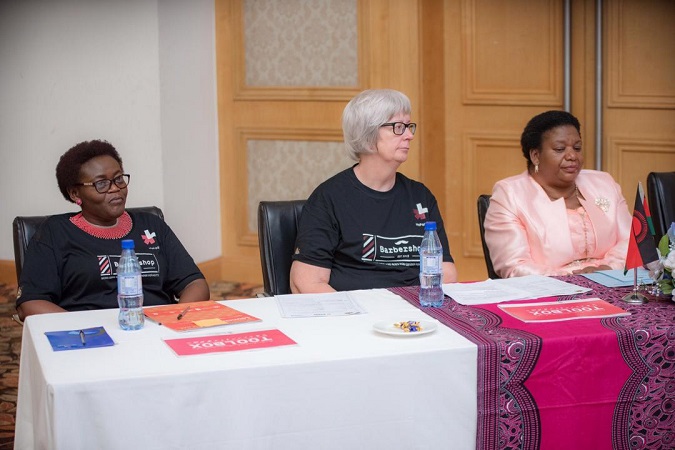 To achieve full gender equality, it is of great importance that men and boys participate in the conversation and be part of the solution. Building on decades of work for women’s rights and as part of the HeForShe solidarity movement, the Barbershop concept was developed jointly by the Governments of Iceland and Suriname, to get men involved and committed as partners in promoting gender equality. Most men patronise settings they can talk to each other, such as barbershops, hence the Barbershop platforms.

Barbershop events provide men with tools to address gender inequality and become agents of change. The events also motivate men and encourage active engagement in male-to-male discussions on gender equality in safe environments, while also elevating the voices of women in these spaces. The tool box guides on how to engage men in achieving gender equality such as through male role models. The Barbershop toolbox also provides opportunities for women and men to address gender equality together.

Since the first Barbershop Conference in 2015, several other barbershop events have taken place. Malawi was chosen as the first country in Africa to launch the barbershop toolbox. As part of the 16 Days of Activism Against Gender Based Violence Campaign, on 26th November 2018, the Icelandic Embassy in collaboration with UN Women and the Ministry of Gender, Children, Disability, Elderly and Social Welfare co facilitated the launch of a district level barbershop toolbox in Mangochi.

Ninety-two representatives from civil society, faith based organisation, chiefs, religious leaders, academics, gender practitioners and government officials came together to witness the launch of the toolbox. The aim of the launch was to orientate the community on the Toolbox and engage local authorities to become change agents and promoters of gender equality by deepening their own ideas on gender equality. Male champions who are promoting gender equality through their work with men and boys shared best practices examples while an interactive Theater For Change (TfAc) drama depicted key gender equality issues. 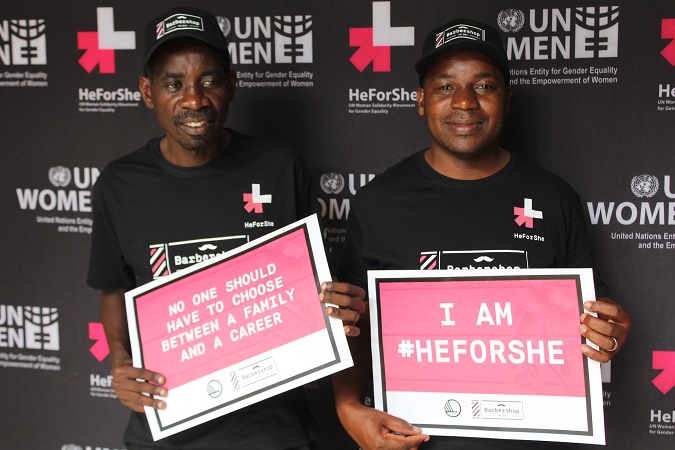 During the launch, Reverend Moses Chimphepho, the Mangochi District Commissioner pointed out that dialogue can help to facilitate discussions around the social norms that continue to discriminate against women in societies. The Commissioner said “the barbershop represents the various platform where men meet and dialogue on various matters. It is through these platforms where stereotypes are re-enforced and negative social norms promoted among men”. He stated that he hoped that the implementation of the toolbox would be a new beginning of male involvement  in the country in complementing the HeforShe campaign. He said, “If a man goes into a barbershop, he looks different when he comes out of it, may we come out different from this interaction”.

Actors in the gender area reflected on the challenges that perpetuate toxic masculinities. It was emphasized that the context, diversities and vulnerability of men involved need to be looked at when developing different strategies to foster progressive masculinities and achieve gender equality. Participants underscored the need to hear women’s voices and the importance of men being accountable allies to women and girls  when creating a more gender equal country. approaches to also address poverty and inequality; as these are some of the drivers of negative masculinities.

UN Women Malawi Representative, Ms. Clara Anyangwe  said “advancing gender equality and women’s empowerment in our lifetime requires innovative and inclusive approaches…therefore the relevance of launching the Barbershop Tool Box during the 16 Days of Activism Against GBV period is critical in that HeForShe champions, can also reflect on the role of men and boys in eliminating violence against women; and what can be achieved to ensure that no one is left behind using the barbershop toolbox”.

The launch concluded with participants making commitments on what they will do to promote gender equality in their professional and professional lives. The national launch was held two days later in Lilongwe.