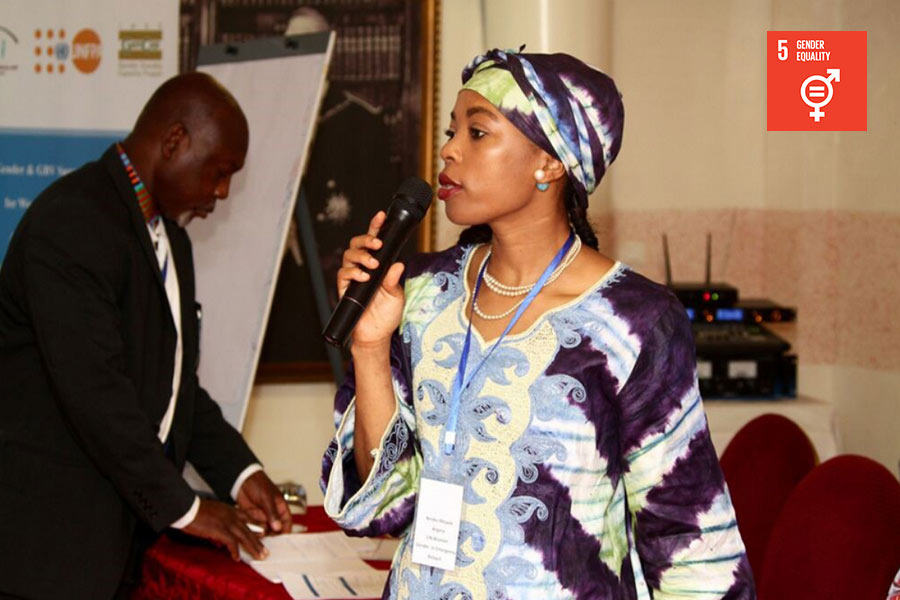 Since its creation in 2010, the partnership between the United Nations Volunteers (UNV) program and the United Nations Entity for Gender Equality and the Empowerment of Women (UN Women) has engaged hundreds of talented men and women from diverse backgrounds to serve as volunteers advocates for women's rights in Africa and the world. In 2018, UN Volunteers have been an important component of UN Women’s capacity on the ground and have been at the forefront of promoting gender equality and the empowerment of women.

UN Women is the United Nations entity dedicated to gender equality and women's empowerment. As the world's flag bearer of women and girls, UN Women was created to accelerate progress in addressing their needs around the world.

UN Women works with governments and civil society to design the laws, policies, programs and services needed to ensure that women and girls benefit from them all over the world. UN Women endeavors to make the Sustainable Development Goals a reality for women and girls with a focus on five areas priority: strengthening women's leadership and participation, ending violence against women, integrating women in all aspects of peace and security processes, strengthening women's economic empowerment, and placing gender equality at the heart of national planning and budgeting processes.

Last year in West and Central Africa, 54 UN Volunteers out of 230 globally contributed to UN Women’s missions towards reducing discrimination against women and girls, the empowerment of women, and the achievement of equality between women and men, as Program Assistants, Project Coordination Officers Gender Experts / Officers, Communications Officers, Monitoring and Evaluation Officers etc.

Angela NNnoko Mejane is one of the 6 UN Volunteers currently working with UN Women in Senegal.

Based in Dakar, the Swedish born Cameroonian serves as a Gender in Emergency Analyst. For Angela, her main motivation as a UN Volunteer is to bring positive changes to communities and structures within societies at large. Every day, she juggles between the regional and country offices to work with key stakeholders such as Governments, UN agencies, NGOs, women and girls.

Mainstreaming gender into peace, security and humanitarian response in West and Central Africa is her day-to-day responsibility. To this end, Angela provides technical contribution to the development of an Emergency Response Plan for the region, coordinates humanitarian programs for UN Women offices, organizes trainings on GBV, collects data, builds analysis and reports on psycho-social support to raped survivors in refugee camps etc.

For Angela, building peaceful, strong and resilient communities is one of the impacts her work brings to communities, through security dialogues as well as identifying and providing trainings on peacebuilding and employing community coexistence strategies with community leaders and mobilizers.

“Empowering women economically, hence reducing unemployment and dependence has been another key impact”. She says “My most heart-warming experience took place in a refugee camp. Getting to see smiles on the faces of refugee women who received economic empowerment kits to start up small business to cater for their needs and that of their children. Getting to see that, I could contribute positively in their life from the support provided.”

According to Oulimata Sarr, Acting Regional Director of UN Women West and Central Africa “UN Volunteers play a key role in UN Women’s strategic focus on humanitarian response to ensuring that women and girls lead, access, are empowered and participate in response initiatives within their communities, providing them with the opportunity to build on their capacity to respond to shocks and be more resilient”.