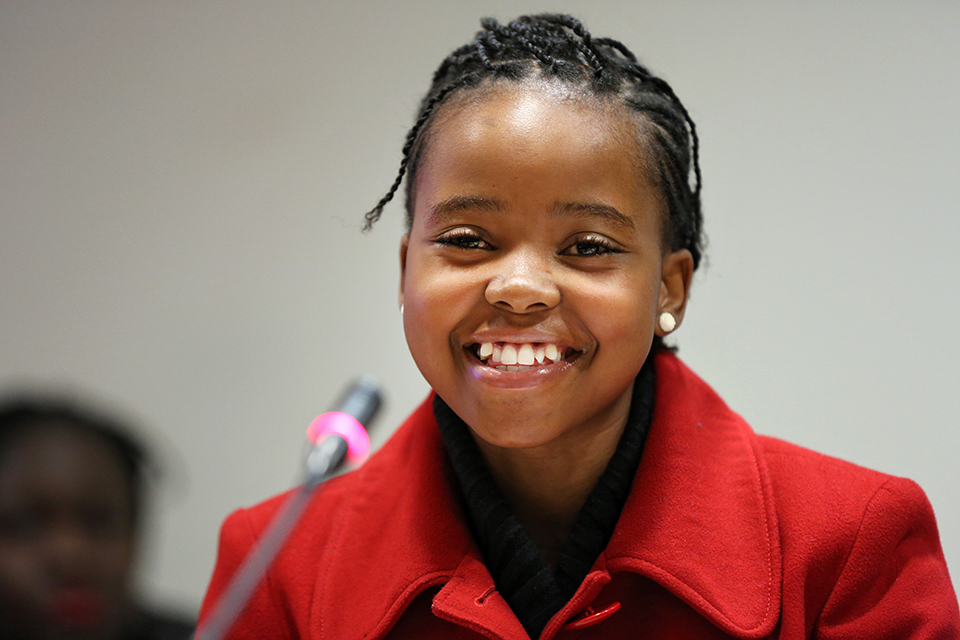 The passing of laws to end child marriage resulted in blocking thousands of child marriages and enabling second chance education for girls. However, these gains made over the years are in jeopardy in the age of COVID-19.

These changes were supported by United Nations (UN) global and regional joint programmes, including the UN and European Union Spotlight Initiative to eliminate violence against women and girls and harmful practices such as child marriage and FGM.

However, health crisis such as the Ebola and now the COVID-19 crisis undermine strategies to end sexual and gender-based violence (GBV) and other harmful practices and poses a serious threat to the significant progress made over the past decade. Livelihoods are lost, social support networks are disrupted, and we are witnessing a reduction of access to reproductive health information and services.  This will inevitably result in an increase in unintended pregnancies, child marriage, school dropouts and sometimes, maternal mortality.

In East and Southern Africa, there are reports of increases in the incidents of sexual and gender-based violence including child marriage and FGM. Countries in the region, already rated as the poorest and most unequal in the world, are further grappling with the effects of the pandemic with communities sinking further into poverty. In these financially-fragile homes, increases in child labour and sexual exploitation and abuse of women and girls are likely unless prevented.

Women and girls trapped in their homes with their abusers are isolated from the services and resources. Additionally, shrinking peer support networks increase a girl’s social isolation and vulnerability. Projections estimate that 31 million additional cases of gender-based violence will occur globally if the lockdown continues for at least six months.

Among the most vulnerable are adolescent girls aged 10 to 19 years with their limited negotiation skills within the family.  Many are likely to fall victim to child marriage; a practice to reduce the family’s economic burden and to increase income through dowry and bride price.

The lockdowns have temporarily shut down schools and other safe spaces for girls, and blocked access to mentorship programmes. Widespread closure of schools has interrupted the education of more than 1 billion children globally, exposing girls to a greater risk of GBV, child marriage, FGM, unintended pregnancies, and HIV infection.

Even prior to the pandemic, adolescent girls were already left behind. With today’s crisis, pre-existing gender inequalities exacerbate their vulnerability. Girls need to return to school to complete their education and create for themselves an empowered future. Post-COVID-19, families may need a financial push, and countries need to make the right investments in young people. The education of girls, second chance education for survivors of GBV, Child Marriage, and the demographic dividend should be the priority of the governments in the rebuilding efforts.

Failing to pay particular attention to the specific needs of women and girls in times of crisis will undermine their basic rights. It is imperative that public policy efforts and programmes for the elimination of child marriage and FGM are implemented during the pandemic and beyond. This means continued investment on resources that commensurate to the needs of the most left behind girls—for prevention, for education, and for lifesaving SRHR and GBV services and protection.

UNFPA, UNICEF and UN Women remain strongly committed to work with governments and all stakeholders to build societies where women and girls are free of violence and all form of discrimination by 2030. When women and girls can have access to the right information and support and when the governments prioritize their access to services and the justice system, the communities will prosper.

Related News
21/06/2021
Launch of UN WOMEN East and Southern Africa Regional Governance and Leadership Reference Group
12/06/2020
The Government of Japan to Fund UN Women Programs to Address the Impact of COVID-19 on Women and girls in Africa
10/12/2017
Joint Statement: ‘Freedom from fear’: Ending violence against women
23/05/2022
UN Women in Rwanda relieving the care burden on caregivers in public hospitals in response to the COVID-19 pandemic
02/11/2020
In the words of Gladys Koech: “It is not uncommon for husbands to leave their wives because the child has a disability.”
END_OF_DOCUMENT_TOKEN_TO_BE_REPLACED