New York, 13 July 2021 — UN Women, the agency of the United Nations dedicated to gender equality and women’s empowerment, will host the first all-Black, all-women global selling exhibition and auction titled “A Force for Change”, with proceeds benefiting Black women across the world and the participating artists.

Open to the public 27–31 July 2021 at 530 W 25th Street, New York, NY 10001, the exhibition includes 26 works by prominent and emerging female artists of African descent to recognize and elevate awareness of the transformative power of Black women’s art in social justice movements, and to support UN Women’s nascent global Black Women’s Programme. Works by artists Cinthia Sifa Mulanga, Tschabalala Self, Sungi Mlengeya, Wangari Mathenge, Zanele Muholi, and Selly Rabe Kane are included, among many others. The exhibition will be accompanied by online discussions on the role of artists in social justice movements and Black Women and the Art Market. 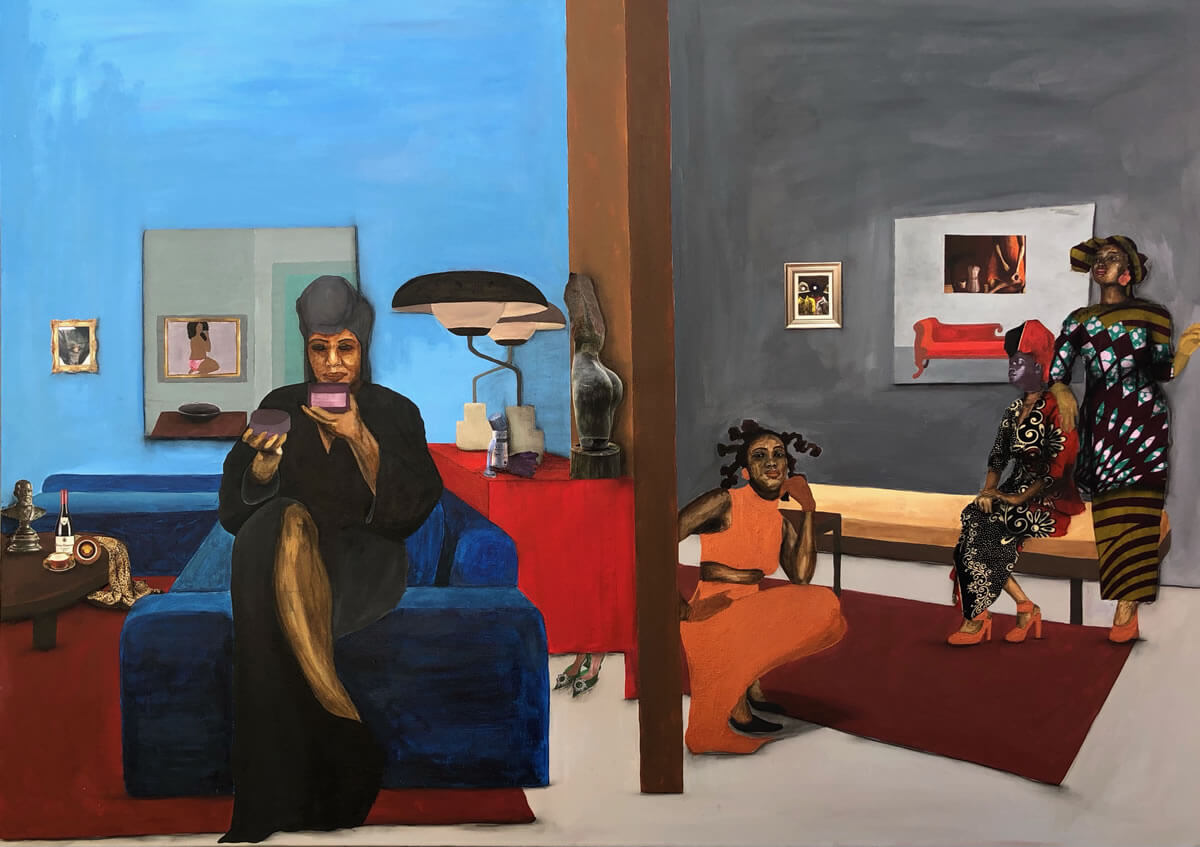 Phumzile Mlambo-Ngcuka, Executive Director of UN Women, said: “Racial justice and gender inequality are not separate but integrally linked—and UN Women’s work prioritizes both. Through the global Black Women Programme, and this exhibition that will raise funding for that work, we will support Black women’s movements and organizations in different parts of the world to foster closer ties and give greater power to their voice and actions.”

Works in the exhibition are offered for sale on Artsy, the largest global online art marketplace, from 16 July to 30 July 2021, with the auction ending at 2pm EDT on 30 July 2021. Fifty per cent of the proceeds will go toward launching UN Women’s nascent global Black Women Programme, designed to connect women of African descent in Africa and the Diaspora through comprehensive programming around economic empowerment in the creative industries; connect women’s movements across the Diaspora to strengthen their voices, action, and impact; and address violence against women.

As a deliberate effort to raise awareness of the global gender pay gap and the value of women’s work, the other 50 per cent will go directly to the artist. Furthermore, to protect the artists, buyers will pledge not to sell the work for at least five years; give artists the right of first refusal on resale; and give artists 15 per cent of the sale price if works are sold.

Tonni Ann Brodber, UN Women Caribbean Multi-Country Office Representative, said: “Our ambition for a global programme on race and gender is firmly grounded in the arts. Our office in Barbados has for some time been working with musicians, understanding that their expression and reach are important avenues for changing norms and stereotypes. Creatives, in all their diversity, these are the ones leading the way.”

Erin Jenoa Gilbert, Curator and Art Advisor, added: “Though the abstract and figurative works presented in this exhibition were composed by women of great linguistic and aesthetic diversity, their works are statements of survival and of solidarity. Subversively challenging the status quo, these images symbolically connect the concurrent civil and human rights movements in Africa, the Caribbean, South and Central America, Europe, and the United States. This exhibition simultaneously offers a glimpse into the past and the future as reimagined by women of African descent. The empowered images of women, presented by the artists in this exhibition, evidence the influence of intersectionality and the inextricable ties between women across the African diaspora.” 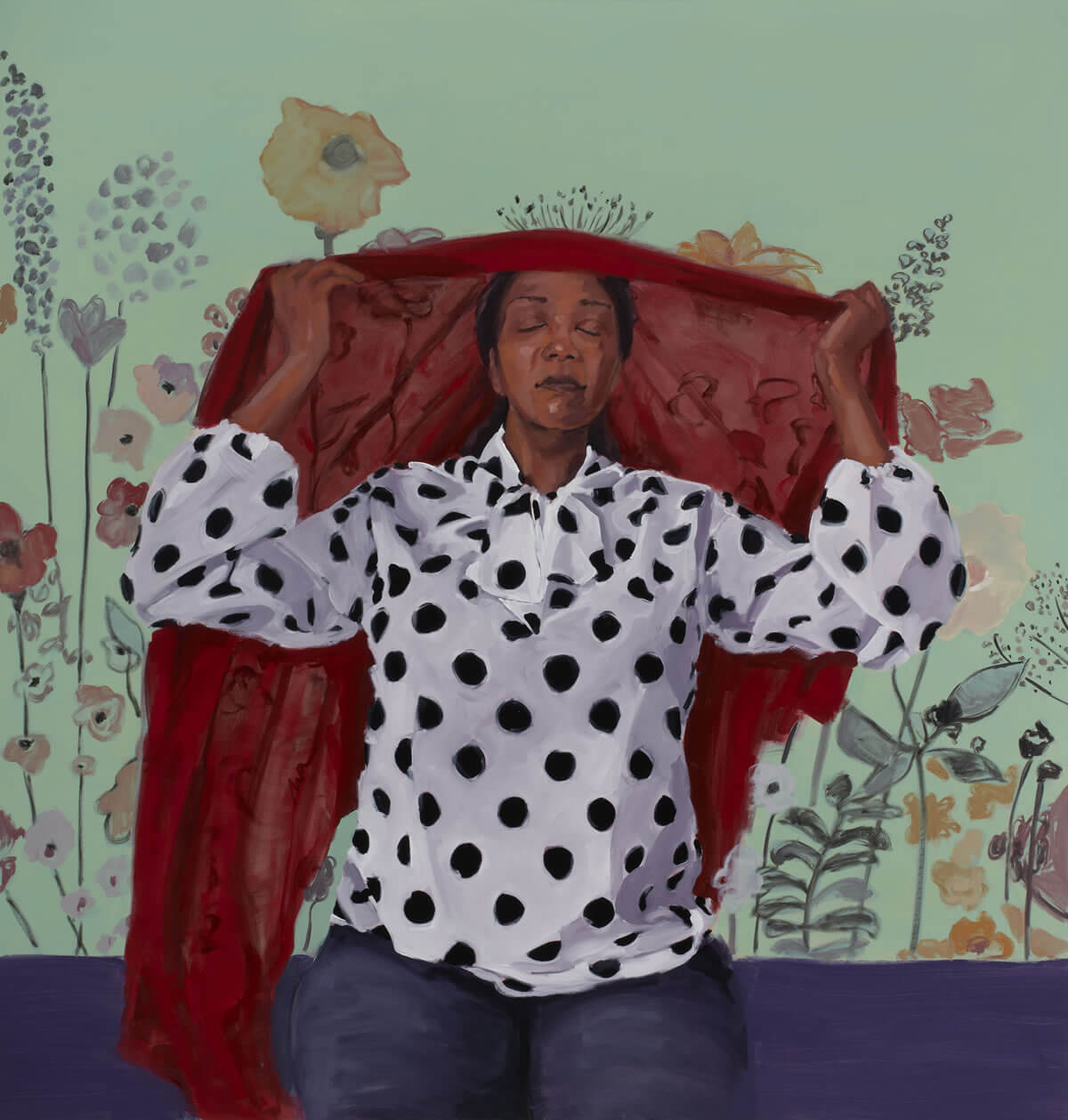 “A Force for Change” is intergenerational, international, and interdisciplinary. Born between 1935 and 1997, the artists in this exhibition currently live and work in South Africa, Senegal, Democratic Republic of the Congo, Nigeria, Cote d’Ivoire, Ghana, Kenya, Jamaica, the Dominican Republic, Barbados, Brazil, Somalia, Tanzania, the United Kingdom, and the United States. Presenting nuanced counter-narratives to the mainstream media’s presentation of women of African descent, the exhibition includes photography, painting, drawing, sculpture, and film in which the central character is the Black woman.

The exhibition includes works by the following artists:

UN Women is the United Nations entity dedicated to gender equality and the empowerment of women. A global champion for women and girls, UN Women was established to accelerate progress on meeting their needs worldwide. UN Women is the global champion for gender equality, working to develop and uphold standards and create an environment in which every woman and girl can exercise her human rights and live up to her full potential.

UN Women supports UN Member States as they set global standards for achieving gender equality and works with governments and civil society to design laws, policies, programmes and services needed to ensure that the standards are effectively implemented and truly benefit women and girls worldwide. It works globally to make the vision of the Sustainable Development Goals a reality for women and girls and stands behind women’s equal participation in all aspects of life, focusing on four strategic priorities:

UN Women also coordinates and promotes the UN system’s work in advancing gender equality, and in all deliberations and agreements linked to the 2030 Agenda. The entity works to position gender equality as fundamental to the Sustainable Development Goals, and a more inclusive world.

The United Nations Under-Secretary-General and Executive Director of UN Women, Ms. Mlambo-Ngcuka, has devoted her career to issues of human rights, equality, and social justice. She has worked in government and civil society, and with the private sector, and was actively involved in the struggle to end apartheid in her home country of South Africa.

From 2005 to 2008, she served as Deputy President of South Africa, overseeing programmes to combat poverty and bring the advantages of a growing economy to the poor, with a particular focus on women. Prior to this, she served as Minister of Minerals and Energy from 1999 to 2005 and Deputy Minister in the Department of Trade and Industry from 1996 to 1999. She was a Member of Parliament from 1994 to 1996 as part of South Africa’s first democratic government.

Ms. Mlambo-Ngcuka began her career as a teacher and gained international experience as a coordinator at the World YWCA in Geneva, where she established a global programme for young women. She is the founder of the Umlambo Foundation, which supports leadership and education. A longtime champion of women’s rights, she is affiliated with several organizations devoted to education, women’s empowerment and gender equality.

Erin Jenoa Gilbert is a New York–based art curator and consultant, specializing in modern and contemporary art of the African Diaspora. Most recently the Curator of African American Manuscripts at the Smithsonian Archives of American Art, Gilbert has also held positions at The Art Institute of Chicago and The Studio Museum in Harlem. She holds a BA in Political Science and a BA in African and African American Studies from the University of Michigan, and a MA in Contemporary Art from the University of Manchester. Exploring the relationship between art, power and politics, her curatorial practice examines the physical and psychological connection to land, the trauma of displacement, and the Black female body as contested terrain. Gilbert’s intersectional critical analysis exposes the fault lines in the aesthetic regimes that dominate visual culture, specifically by presenting artists whose contributions to the canon have been overlooked, particularly women artists from the “Deep South” and the “Global South”.

Over the course of her career, she has addressed audiences at The Studio Museum in Harlem, National Gallery of Art, Smithsonian American Art Museum, Howard University, Fashion Institute of Technology and Swann Auction House. Figure and Force, a conversation she moderated between Barbara Chase Riboud and Ilyasah Shabbaz for Saint Heron, exemplifies her commitment to expanding the audience for modern and contemporary art.

She is the co-curator of a Mary Lovelace O’Neal exhibition which will open at MoAD in San Francisco, California in 2022. Since 2015 she has curated museum and gallery exhibitions in the US and UK including Zohra Opoku: Draped Histories/Beyond Visage, Sienna Shields: Invisible Woman and In The Eye of the Beholder.

Artsy is the largest global online marketplace for discovering, buying, and selling fine art by leading artists. Artsy connects 4,000+ galleries, auction houses, art fairs, and institutions from 100+ countries with more than 2 million global art collectors and art lovers across 190+ countries. Artsy makes purchasing art welcoming, transparent, and low-friction, with industry-leading technology that connects supply and demand safely and securely at a global scale. Launched in 2012, Artsy is headquartered in New York City with offices in London, Berlin, and Hong Kong.

UN Women has engaged with Artsy for the online auction in relation to the exhibition “A Force for Change”.

Related News
31/08/2017
Speech by the Executive Director: The new Strategic Plan—time for bold changes
19/08/2021
Executive Director Phumzile Mlambo-Ngcuka speaks on the importance of women’s participation in the peace process in Sudan
06/12/2022
Interview with Carine Kanku: "We carry them in our hearts, encourage them and move forward together"
08/09/2021
Dr. Phumzile Mlambo-Ngcuka Advocates for Stronger Partnerships for Gender Equality
12/08/2021
I am Generation Equality: Sinikiwe Kademaunga, fights for the rights of people with disabilities
END_OF_DOCUMENT_TOKEN_TO_BE_REPLACED