An estimated 1.3 million people are in urgent need of humanitarian assistance and protection in Mozambique's three northern provinces - Cabo Delgado, Niassa and Nampula - due to the conflict in Cabo Delgado. About 670,000 people were internally displaced in northern Mozambique by the end of 2020, including at least 580,000 people displaced from their homes in 2020 alone. Women and girls were the majority of the displaced and were in urgent need of dignity kits to help minimize their transition process until a final destination is identified or their places of origin are safe to return to. 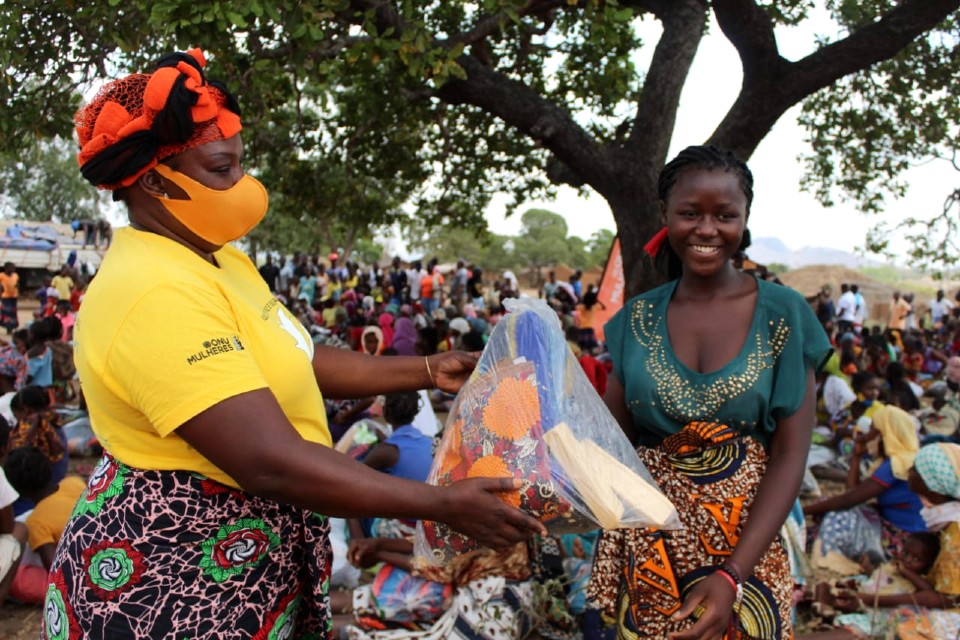 A volunteer from the Association for the Protection of Women and Girls (PROMURA) hands over a dignity kit to an adolescent as part of the support from Direct Relief. Photo: UN Women/Boaventura Veja

UN Women Mozambique in partnership with provincial services for social affairs provided dignity kits to 500 women adolescent and girls. The support was provided by Direct Relief under the facilitation of the former Executive Director Dr. Phumzile Mlambo Ngucka.

The kits are composed of personal hygiene items necessary for women and girls as they continue in resettlement centers after being forced to flee their places of origin in search of safety. 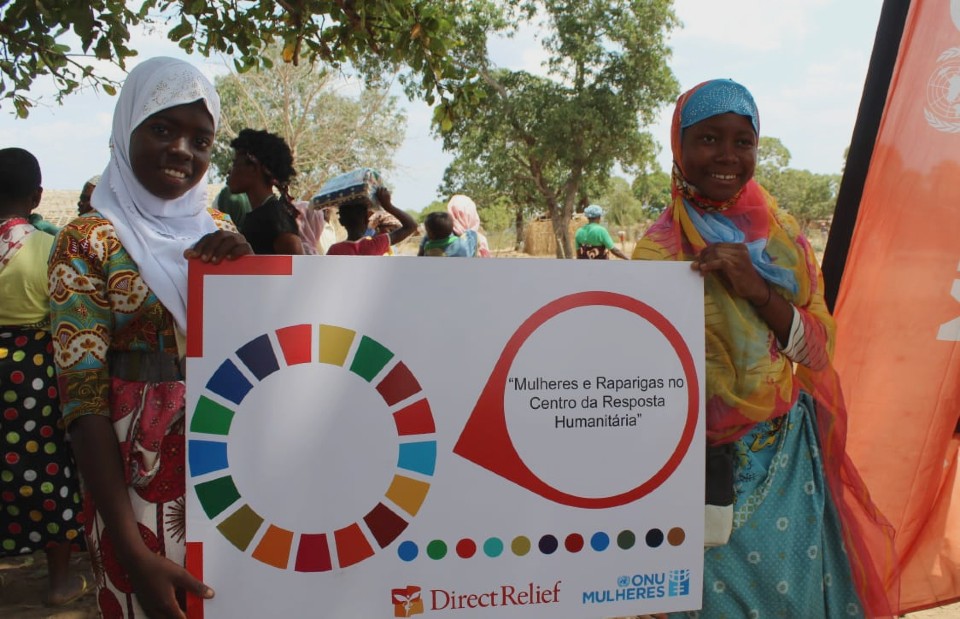 Young women from the resettlement center pose for a photo. The distribution of the dignity kits was supported by Direct Relief in Cabo Delgado province to call attention for the need of a humanitarian response focused on women and girls. Photo: UN Women/Boaventura Veja

This support follows the first solidarity mission, headed by UN Women representative Marie Laetitia Kayisire, targeting 1000 women and girls from the transition center located in the capital city of Pemba, where partners including the Provincial Director of Social Services and Gender Advisor, the District Local Administrator, the Provincial Delegate of National Institute for Disaster Management and implementing partner Promura allocated items to alleviate the impact on women and girls. 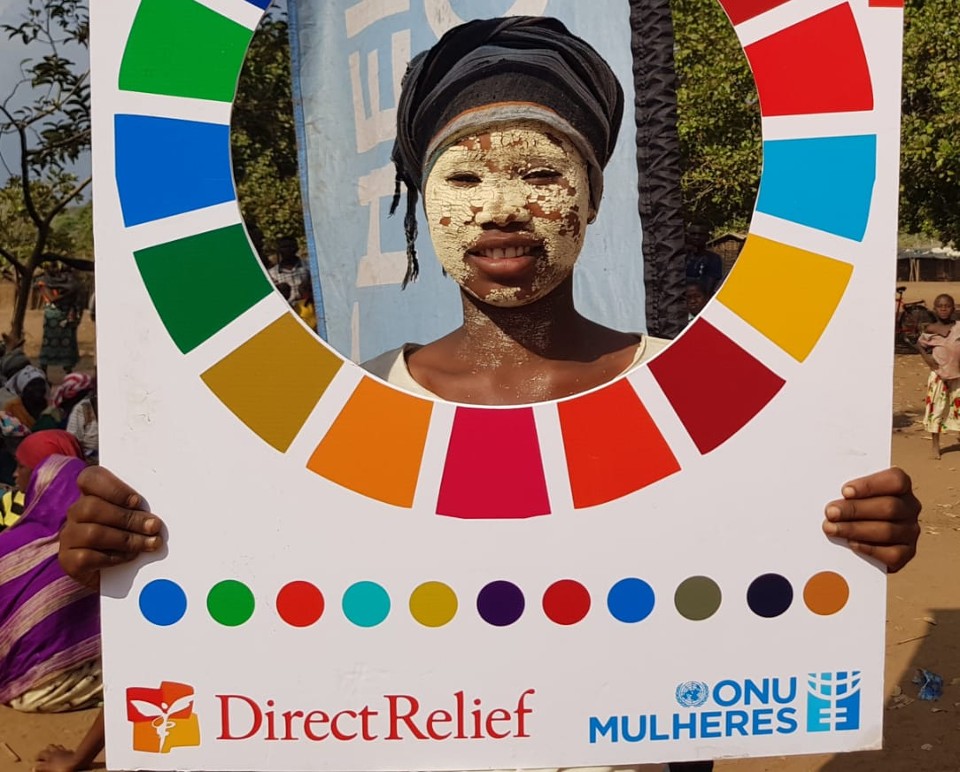 Beneficiary of the dignity wearing a plant based makeup mask poses with her kit. Photo: UN Women/Boaventura Veja

The initiatives are part of ongoing efforts from UN Women in Mozambique to provide a consolidated response to the impact of armed conflict in the province which effects women and girls to a greater degree. These efforts include a call for USD 10 million needed for survivors.

While the agency mobilizes resources under Women, Peace and Security, UN Women is working closely with the Agency for Integrated Development of the northern region currently building dignified houses in Ancuabe district near one of the resettlement centers. Women who benefit from the houses are trained and participate in the construction process.

Related News
28/12/2021
UN Women Uganda launches 16 Days of Activism against Gender-Based Violence campaign
27/05/2021
UN Women Executive Director visits Mozambique, calls for women’s leadership in peacebuilding and ongoing humanitarian efforts, and bold commitments for the Generation Equality Forum
04/02/2022
From Where I Stand: “l will ensure no more girls are cut in my life.”
03/02/2022
Take Five with Ifrah Ahmed: Be the Voice, Not the Victim
03/02/2022
Rooting out FGM in rural Uganda
END_OF_DOCUMENT_TOKEN_TO_BE_REPLACED