High level mission to Nigeria calls for women’s participation and leadership in Peace, Security and Development

The Acting President of Nigeria, His Excellency Professor Yemi Osinbajo received the delegation at the State House in the presence of members of government including the Federal Minister of Women’s Affairs Hon. Aisha Alhassan, and the Federal Minister of Foreign Affairs, Hon. Geoffrey Onyeama. In welcoming the delegation on behalf of the Government of Nigeria, the Acting President emphasized,“We have the commitment, all we need is the constant reminder of our obligations. Gender equality goes beyond human rights it makes economic sense”. 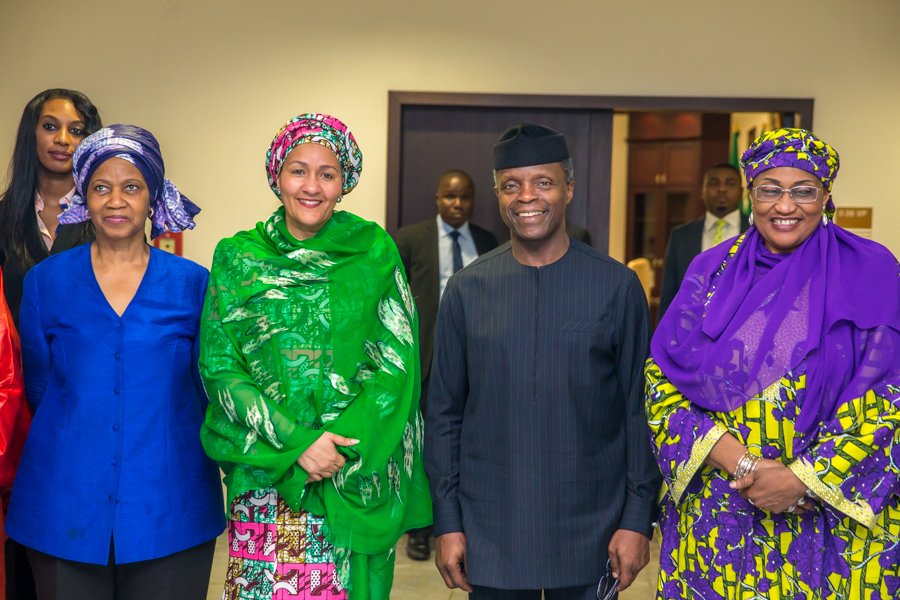 Ms. Aisha Alhassan, welcomed the high-level delegation with a working dinner at Transcorp Hilton Hotel, which was attended by over 70 guests, including female government officials, legislators, members of the diplomatic community, representatives of the civil society and staff of the United Nations . Ms. Alhassan shared her belief, “The high-level mission would bring visibility to the roles that women play in advancing the realisation of the 2030 SDG goals, and help to strengthen and deepen [the ministry’s] established partnership with UN Women”. She added, “This would provide a platform to bring the voices and experiences of women to decision-makers locally and globally.”

Senator Alhassan thanked the UN for placing a premium on the effective mainstreaming of gender and integrating the concerns of the vulnerable in the delivery of their mandates. She also took the opportunity to announce that the Constitutional Review Committee of the National Assembly recently accepted the proposition that they recommend 35% affirmative action for appointive positions. Additionally, she requested the support of UN Women and other partners in advocating for 15% of Nigeria’s national budget to be allocated to the Federal Ministry of Women Affairs and Social Development, to ensure dedicated funding for innovative and trans-formative initiatives that will align Nigeria with global and regional best practices. This will enable the effective and explicit mainstreaming of gender into the national economic recovery plan.

Ms. Amina Mohammed in her keynote address emphasized, “Human rights are women’s rights and women rights are human rights. We don’t want charity, we don’t want hand-outs, we just want equal rights”. In speaking about the 2030 Agenda for Sustainable Development, Ms. Mohammed explained that there are 17 goals and every one of those goals matter. “The goals gives us the tools to do what we need to do, embedding them in our national plans,” she said.

“There is no ‘one size fits all’. People are not the same, they don’t come from the same backgrounds, and they don’t have the same values. They are different, and so you have to treat the solutions differently. In development, this should be taken into account. Our joint mission talks about peace, development and security. For the first time we’re having to try to find a way to deal with the nexus between what happens in the humanitarian conflict as we transition to peace”, she concluded.

Ms. Mlambo-Ngcuka explained, “The mission is about solidarity, hope and encouragement of parents, of activists, of governments, of young people who have had to bear the scourge of violence that Nigeria has been witnessing.” In underlining the importance of the country to the continent of Africa, she said that one of the focal areas critical to the visit is promoting women’s leadership and greater participation of women in politics. In doing so, it is necessary to identify women leaders and accompany them every step of the way until women’s participation is increased. 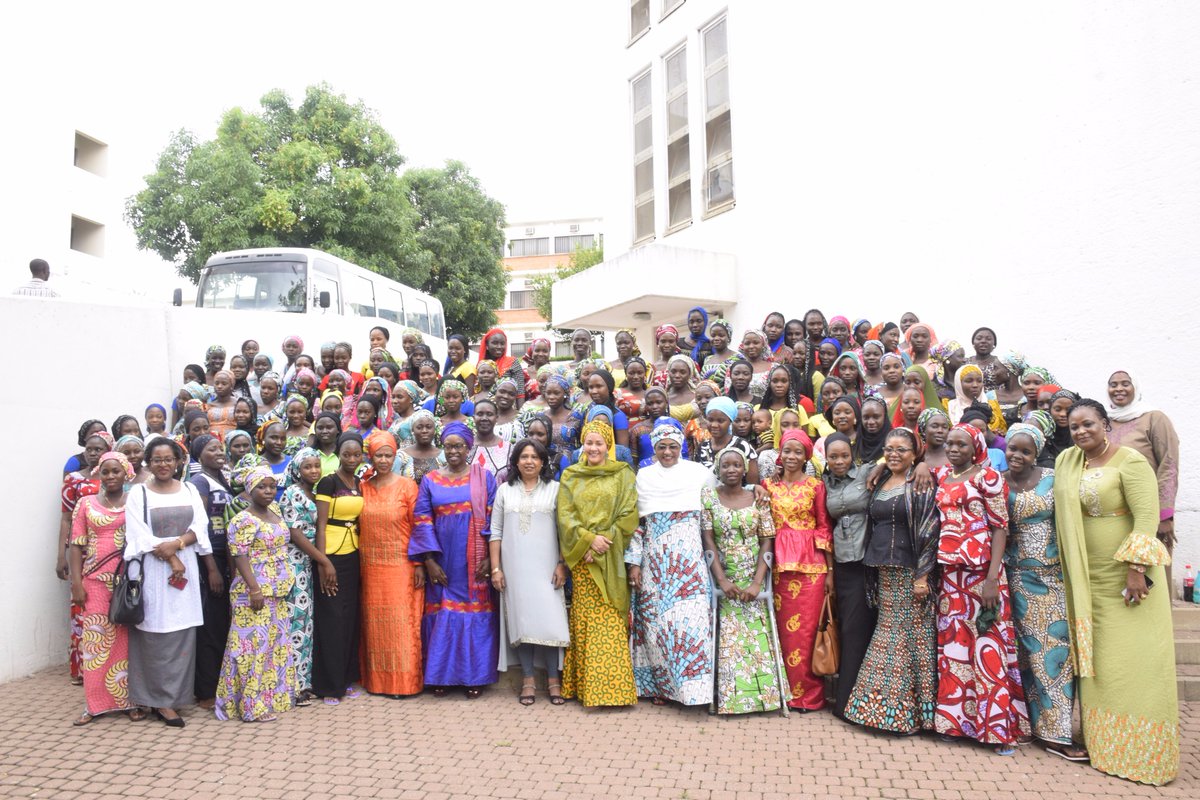 Ms Patten seized the opportunity to call for concrete actions which would accelerate ongoing efforts geared at providing support and care to survivors of conflict-related violence including sexual violence even when peace occurs. “For too many survivors, the war is not over when peace occurs (formal peace agreements are ratified). It lives on in the untreated physical and psychological trauma; the nightmares, the social stigmas, the unwanted pregnancies, etc. The consequences are profound and enduring and they echo across generations. We cannot accept the widespread perception that sexual violence in conflict is inevitable,” she said.

Ms. Bineta Diop, the African Union (AU) Special Envoy on Women, Peace and Security expressed appreciation that the AU gave her the mandate to join the high-level mission. In her remarks, she underlined the importance of ensuring that women are at the core of peace and security processes, and stressed on the need to restore the dignity of women by supporting them and making sure that they are part and parcel of society. This was further contextualized by Ms. Pramila Patten who said, “Sexual violence is used as a weapon of war and a tactic of terrorism because there are few, if any, consequences for the perpetrators”. This is the core reason why she focuses of her mandate to change the culture  of impunity into a culture of deterrence and accountability. She pledged to advance the global community of action to eradicate this scourge and to support Nigeria in its endeavor to fight conflict-related sexual violence in all its forms and dimensions.