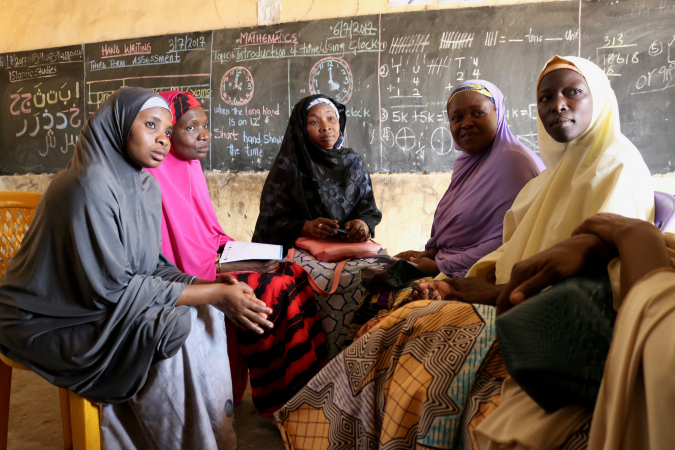 “We need peace. We are tired of conflicts. So many innocent people have died and we have to stop the violence. That is why I contribute to peace-making”, says Hadiza Adam, a 38-year-old woman from Angwan Rogo community in Jos North, located in the northern Nigerian state of Plateau.

At least 4,000 people have been killed in the recurring communal violence in the Plateau State since 2001. The predominantly Muslim community of Angwan Rogo, 2.1km (1.3 miles) from the state capital, Jos, was one of the hardest hit areas. The ethno-religious crisis was precipitated by political and economic rivalry, and disputes among indigenous and non-indigenous groups. Tensions continue to simmer over land rights, allocation of state resources, as well as politics and religious differences, among other issues.

Ms. Adam is one of the 400 members of the women-led peace network in Plateau State, created with the support of UN Women under the European Union-funded programme, Promoting Women’s Engagement in Peace and Security in Northern Nigeria. The four-year programme (2014-2018) supports the Nigerian Government in three northern states (Plateau, Adamawa and Gombe) in strengthening women’s leadership, advancing gender equality and improving protection for women and children in conflict settings. It is being implemented in partnership with the federal and state ministries of women affairs, UNICEF and grassroots leaders and organizations. 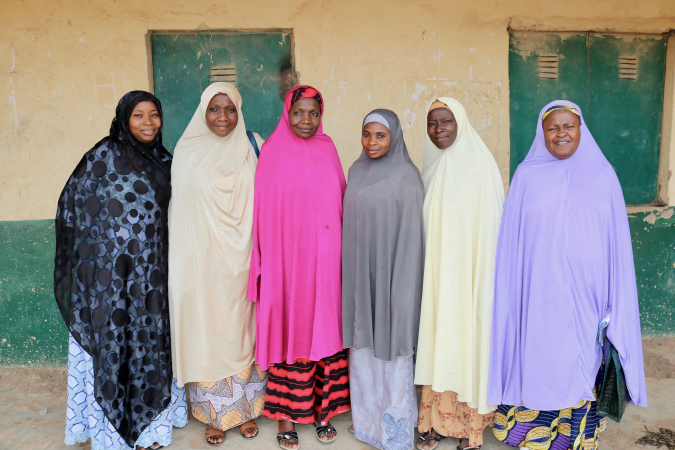 Maijidda Garba, 43, leader of the Angwan Rogo peace network describes their efforts to unite communities of different faiths: “We went to churches to share our mission to bring Muslims and Christians together again. They said they wanted the same thing, asked where we were from and if it was safe for them to visit. We decided to organize a meeting in Angwan Rogo to foster more interaction. It was a truly beautiful experience. That was the first time many of the Christians had stepped into our community since 2001. Some of them used to live here.”

Nearby, in Farin Gada community, where the population is segregated into a Christian area called Agwan Jarawa and a Muslim area called Sabon Layi, Agnes Wanpe, 50, echoes similar sentiments: “We stopped interacting after the 2001 crisis. It is because of the UN Women programme that our community is more united now. Members of the peace network, both Muslims and Christians, meet at the end of every month. We discuss the issues facing the Farin Gada community and escalate any serious concerns to the community leaders.” 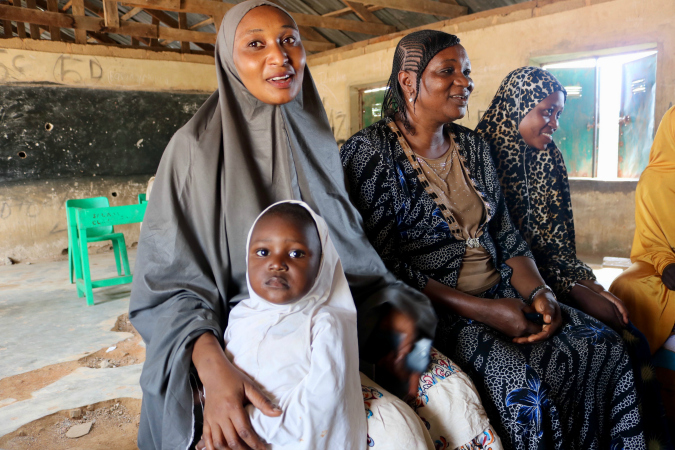 Aisha Usman, 33, leader of the Farin Gada peace network adds, “women have realized that we have so many things to speak about, but previously did not have the channels to do so. We have been enlightened on the importance of making peace right from our homes because, we, women have a significant role to play.” Ms. Usman goes on to say: “the women peace network was able to bring the community leaders from Agwan Jarawa and Sabon Layi together for the first time in decades. They had previously not met, even before the 2001 crisis”.

'It is gratifying to see the efforts of women supported by the EU-funded programme bearing fruit,” says UN Women Programme Manager, Njeri Karuru. “Strengthening women’s engagement in peace dialogue and mediation is part of the peace building process and could lead to sustainable peace, and the women-led peace networks in Jos North clearly illustrate this.”

In Plateau State, UN Women-supported women peace networks are active in four local governance areas of Jos North, Mangu, Riyom and Wase. The networks are increasing the participation of women in conflict prevention, peace-making and peace building, thus furthering the Nigerian government’s commitment to implement the provisions of UNSCR 1325 through the National Action Plan. Plans are underway to expand the peace networks in Adamawa, Gombe and Plateau states.

Related News
22/12/2021
From where I stand: “I am tired of Turkana being called a marginalized county. I want to change that”
27/05/2019
UN Deputy Secretary General tasks African Women on Peace Building
15/08/2018
UN Women and European Union in Nigeria advocate for the inclusion of more women in politics ahead of 2019 elections
25/07/2017
High level mission to Nigeria calls for women’s participation and leadership in Peace, Security and Development
08/10/2015
Women's Situation Rooms boost peaceful voting in Africa
END_OF_DOCUMENT_TOKEN_TO_BE_REPLACED