The United Nations Deputy Secretary-General, Ms. Amina J. Mohammed, concluded her visit to the Mugunga Refugee Camp in the suburbs of Goma in the province of North Kivu. The aim of the joint United Nations high-level African mission on July 27, 2017, was to understand the humanitarian situation in Mugunga.

The camp was set up in 2008 following internal conflict in the region and currently hosts 3,998 people mostly women and children. During the mission, the UN team met with the camp leaders who shared the various challenges that the internally displaced persons’ face.

The camp is currently in transition and is scheduled for closure. Faced with this situation, internally displaced persons have expressed their uncertainty on what awaits them outside the camp. According to their leaders, more than 75% of the inhabitants of this camp do not know where to go due to the unstable security situation in the area.

UN Women has continued to respond to the various humanitarian challenges the women face in the camp. Currently UN women is supporting the women to financial independent and enabling them to improve their living conditions and those of their families. 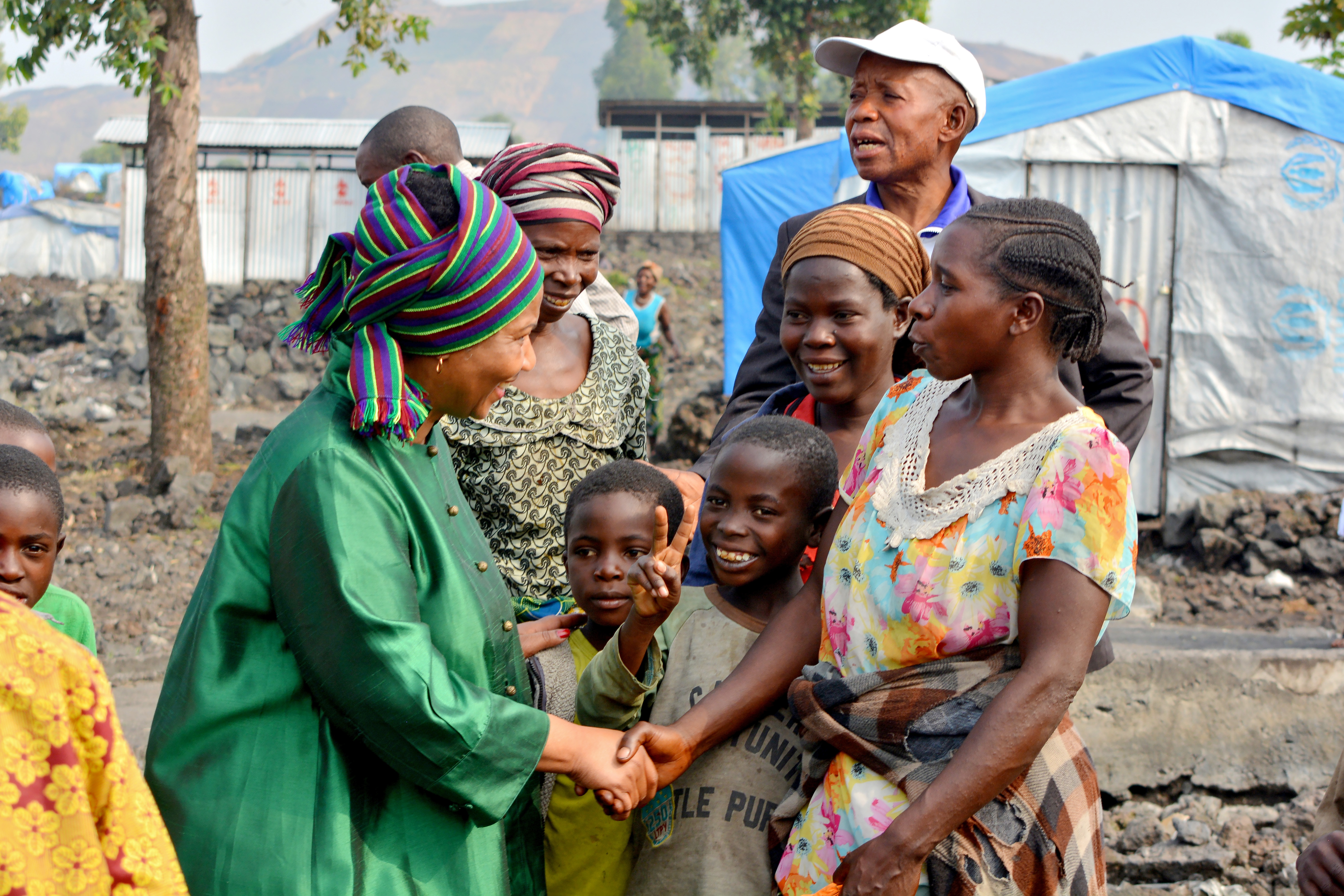 The Provincial Ministry in charge of Gender, through the Provincial Division of Gender, Family and Children, with the financial support of the Government of Japan jointly with UN Women is implementing a multi-Sectoral Response to Violence against Women and Children in the Province of North Kivu project. The project aims at improving the economic resilience of displaced and returned women, victims of sexual violence through economic empowerment of women.

This project is being implemented in the Nyiragongo Territory and the MUGUNGA III Displaced Camp. It aims at enabling women, displaced girls and their host communities to acquire income-generating skills and receive start-up support and thus participate in livelihood activities, thus improving their resilience.

The goal of this project, which was completed, was to ensure that members of the soap factory of the MUGUNGA Camp improve the productivity of their income generating activities and easier access the market with quality products. Today, the success of these programs is considerable and all beneficiaries are satisfied with the assistance that has enabled them to become resilient in their new host community.

It is this success that explains the very poignant testimony that the delegation led by the UN Deputy -Secretary-General received from the beneficiaries. The President of the refugee women of Mugunga, Mrs. Amunazo Charlie and her deputy, Mrs. Safi Mwadana took the floor to speak with the delegation:

"The closure of the Mugunga camp is premature and is a blow to all the efforts we have provided with the support of UN Women through La Maison de la femme. We were psychologically assisted. We were trained on the management of income-generating activities. We have received micro-credits that enable us today to pay for our children's schooling, to feed our families and even to buy plots for our relocation here in Mugunga. We are in the process of repaying the credits received. In a great solidarity, we have organized ourselves to give us seed money in turn so that we are independent. Here the authorities decide without us to close the camp and send us back from this place without any support. How are we going to repay the credits we have received? Where will we live because in the territories we have fled, there is still insecurity. In addition, our husbands and grandchildren were killed. Here we have flourished. We want UN Women to continue to support us in sustainability so that we are fully capable of taking charge of ourselves. " 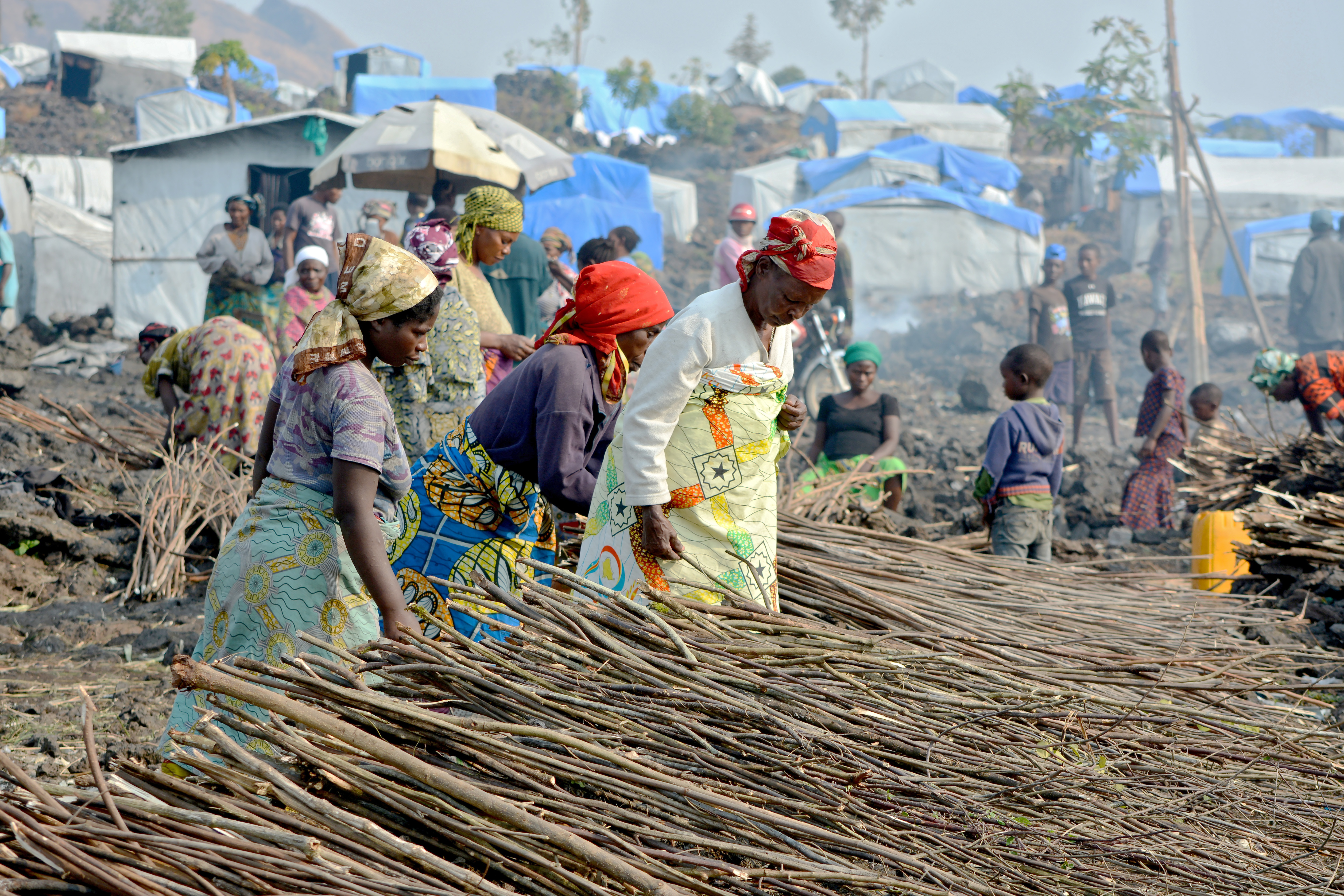 In response to such distress, Ms Amina Mohammed, on behalf of her entire delegation, who was very touched by this situation, said that she listened to the women and realized that the camp was in transition and that the people who lived there, especially women and their families will start going to other sites. She asked for the process to be done with dignity and respect for the needs of the people who lived in Mugunga. She also supported listening to all the problems they faced in the field of micro-credits and the strengthening of women's economic autonomy. She wished that the transition and the return would not be done to the detriment of this autonomy.

Therefore, the delegation continues to empower displaced women and their families to enable them to integrate the real economy, work and support their families' need. Ms Amina Mohammed insisted that the departure of this camp is not the end of the micro-credit program and should not make the return of these women an additional problem. That is why she made the promise that she will ask the agencies working in Mugunga, beyond UN Women and others, to be able to get the resources needed to continue this program. She will herself push the members of her delegation who are African women and who understand the suffering of the women who are in this camp. They will be their ambassadors, their spokespersons at international level, to tell the international community that the women who live here, displaced women, need support and that it is not a charity, but a right, their right to receive assistance to live in dignity and then to have security for themselves and their families.

The mission ended with a visit to the entire Mugunga camp.

Related News
19/08/2021
Executive Director Phumzile Mlambo-Ngcuka speaks on the importance of women’s participation in the peace process in Sudan
13/07/2021
Press release: UN Women presents ‘A Force for Change’, an art exhibition and auction featuring work by 26 Black women artists, benefitting Black women
07/12/2022
DRC Photo essay: the women of Kapulwa chase their dreams
16/11/2022
From where I stand: "Now we know that if a man mistreats us, he is the one that is pitiful, not us"
27/10/2022
From where I stand: "I want them to be independent and not rely on men to live"
END_OF_DOCUMENT_TOKEN_TO_BE_REPLACED