UN Women and the telecommunications company Orange Liberia have launched partnership to provide ICT and Mobile Banking Services to women and girls from UN Women-supported networks such as the Association of Women in Cross Border Trade, the National Rural Women Structure and the Peace Hut Women of Liberia. 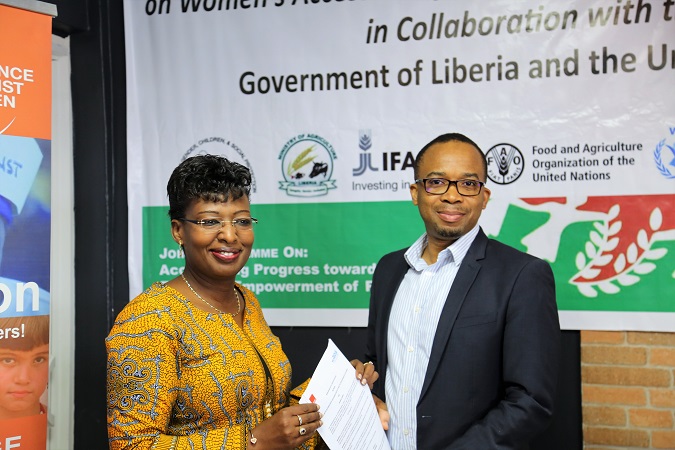 UN Women and the telecommunications company Orange Liberia have launched partnership to provide ICT and Mobile Banking Services to women and girls from UN Women-supported networks such as the Association of Women in Cross Border Trade, the National Rural Women Structure and the Peace Hut Women of Liberia.

Through the partnership, the women will be trained to utilize various ICT platforms to facilitate financial transactions between rural market women and their suppliers; Facilitate purchase of goods and payment to vendors, as well as become Mobile Money Agents in their communities through the Village and Saving Loans Associations.

Women’s access to finance is crucial for their economic empowerment but despite significant progress in Liberia, 80% of the population remain unbanked. Women are less likely than men to have a bank account, and it is harder for them to borrow money from a formal financial institution.

Over the years, UN Women has worked to increase women’s access to financial opportunities by supporting the establishment of Village Savings and Loan Associations (VSLAs) in communities to help women save their money and access small loans to improve their livelihoods.

The partnership will contribute towards achieving results of the Government of Liberia and United Nations Joint Programme on Accelerating Progress toward the Economic Empowerment of Rural Women which is led by UN Women. 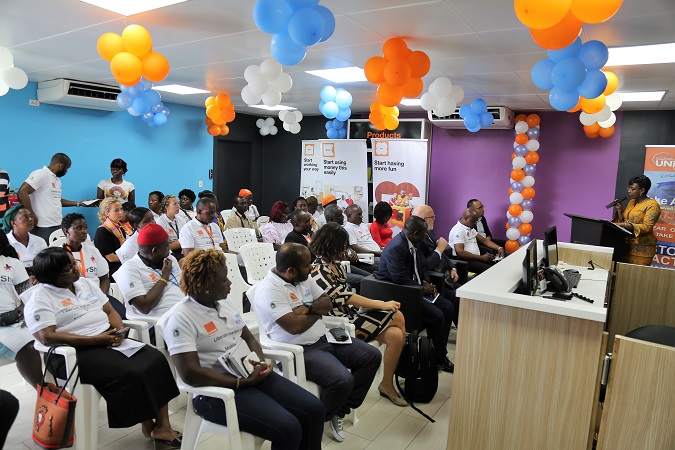 “Given the constraint of accessing financial institutions, the VSLAs supported by the Joint Programme remain the only solution for unbanked women entrepreneurs to seek for loans to expand their business and therefore to make financial inclusion in Liberia a reality,” explained UN Women Liberia Country Representative Marie Goreth Nizigama at the launch of the partnership in Monrovia.

Madam Marie Goreth said the partnership with Orange Liberia demonstrates UN Women’s commitment to working with the private sector in ways that promote gender equality and the economic empowerment of women and girls.

She said: “With its Mobile Money services, Orange Liberia can facilitate market opportunities for rural women, women involved with cross border trade, and women’s agriculture and VSLA groups, and can facilitate financial transactions leading to increased financial autonomy for them.”

The UN Women Representative Commended Orange Liberia for committing to the partnership.

Speaking at the partnership launch event, Orange Liberia’s Vice President William Saamoi said: “We are very happy as a company to partner with UN Women to empower our women in rural communities of Liberia. We are aware that in Liberia, the banking sector is restricted to Monrovia and few of the cities in Liberia. We believe that through our Mobile Banking service, more women will become a part of the financial ecosystem,” Mr. Saamoi explained.

He further said “Orange Liberia intends to empower not just ordinary women but women organizations so that more women will have the opportunity to do trade and commerce with ease.”

Also speaking during the launch, the National Coordination of the Joint Programme at the Ministry of Gender Children and Social Protection, Madam Naomi Saydee highlighted the importance of investing in women’s economic empowerment.

To our rural women here, I urge you to value this partnership and enjoy the benefits of mobile banking. You won’t have to take big bags of money with you to buy your goods and you don’t have to worry about your money being stolen once you are using mobile money,” Madam Saydee emphasized.

UN Women and Orange Liberia’s partnership will also support social mobilization to end violence against women and girls by promoting the Unite Campaign through monthly text messages to Orange subscribers and other public awareness initiatives.

During the launch event, the Vice President of Orange Liberia William Saamoi signed up the HeForShe Campaign and pledged his company’s commitment to mobilizing men as champions for Gender Equality.