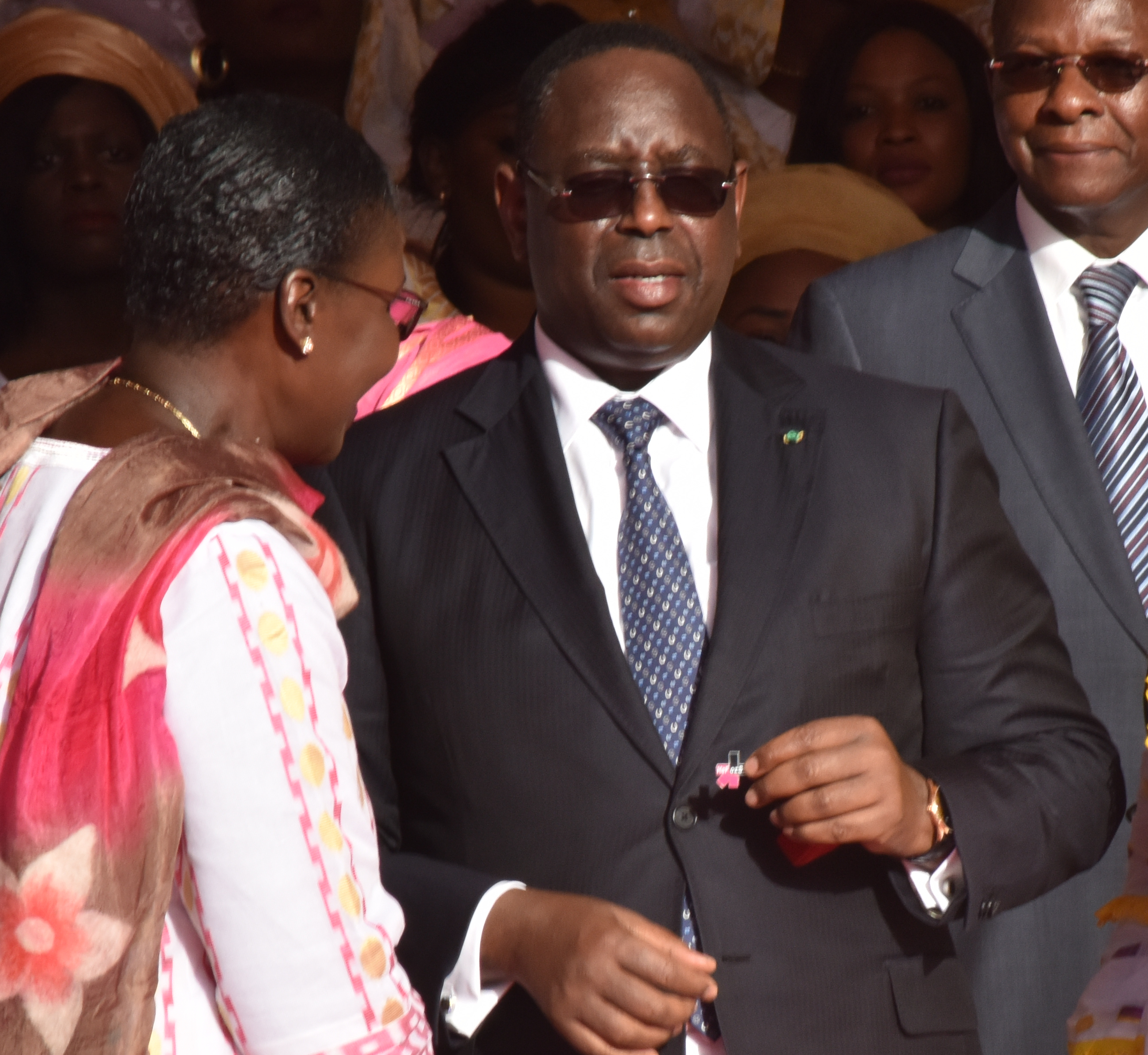 President of the Republic of Senegal, HE Mr. Macky Sall receiving the He For She pin

The President of the Republic of Senegal, HE Mr. Macky Sall officially launched the HeForShe movement, at the same time declaring to take on the campaign as a HeForShe Champion. HE Mr. Macky Sall has joined the circle of the few Presidents of African countries to support this movement; especially after HE Mr. Paul Kagame of Rwanda, HE Mr. Alassane Ouattara of Côte d'Ivoire, HE Mr. Nana Addo Dankwa Akufo-Addo of Ghana and HE Mr. Peter Mutharika of Malawi.

The commitment of HE Mr. Macky Sall for the promotion of women's rights and his leadership in the international community is a great opportunity to increase gender mainstreaming and women's empowerment in Senegal's public policies. It would also drive a dynamic impulse into the country and encourage men’s and boy’s responsibility and involvement in eliminating all forms of discrimination and violence against women and girls.

"Today, it’s with great honor and humility that UN Women calls you "HeForShe" in deep recognition of your multiple efforts to address the challenges of women empowerment, and especially their economic empowerment this 2018 tagged ‘the year of social investment’ in Senegal" said UN Women Regional Director for West and Central Africa, Diana Louise Ofwona. She presented the HeForShe pin to the President of the Republic, a symbol of his official membership to the movement, in the presence of the Prime Minister, Mr. Mahammad Boune Abdallah Dionne and Mrs. Salimata Diop Dieng, Minister of women, family and gender.

In addition, the President of the Republic has made strong commitments, particularly in terms of improving the living conditions of women and girls through the modernization of agriculture and access to health care.

The President also underlined an upcoming review of land reform through the gender approach to allow access to land by women as well as men.

He announced furthermore, the establishment of a women and youth rapid entrepreneurship fund with a budget of 30 billion FCFA.