Dakar, March 8, 2019 - UN Women, the United Nations Entity for Gender Equality and Women's Empowerment, and the BNP Paribas Group announced the launch of the Project “Supporting Women in Agriculture and Sustainable Development in Senegal (PAF/AgriFed). 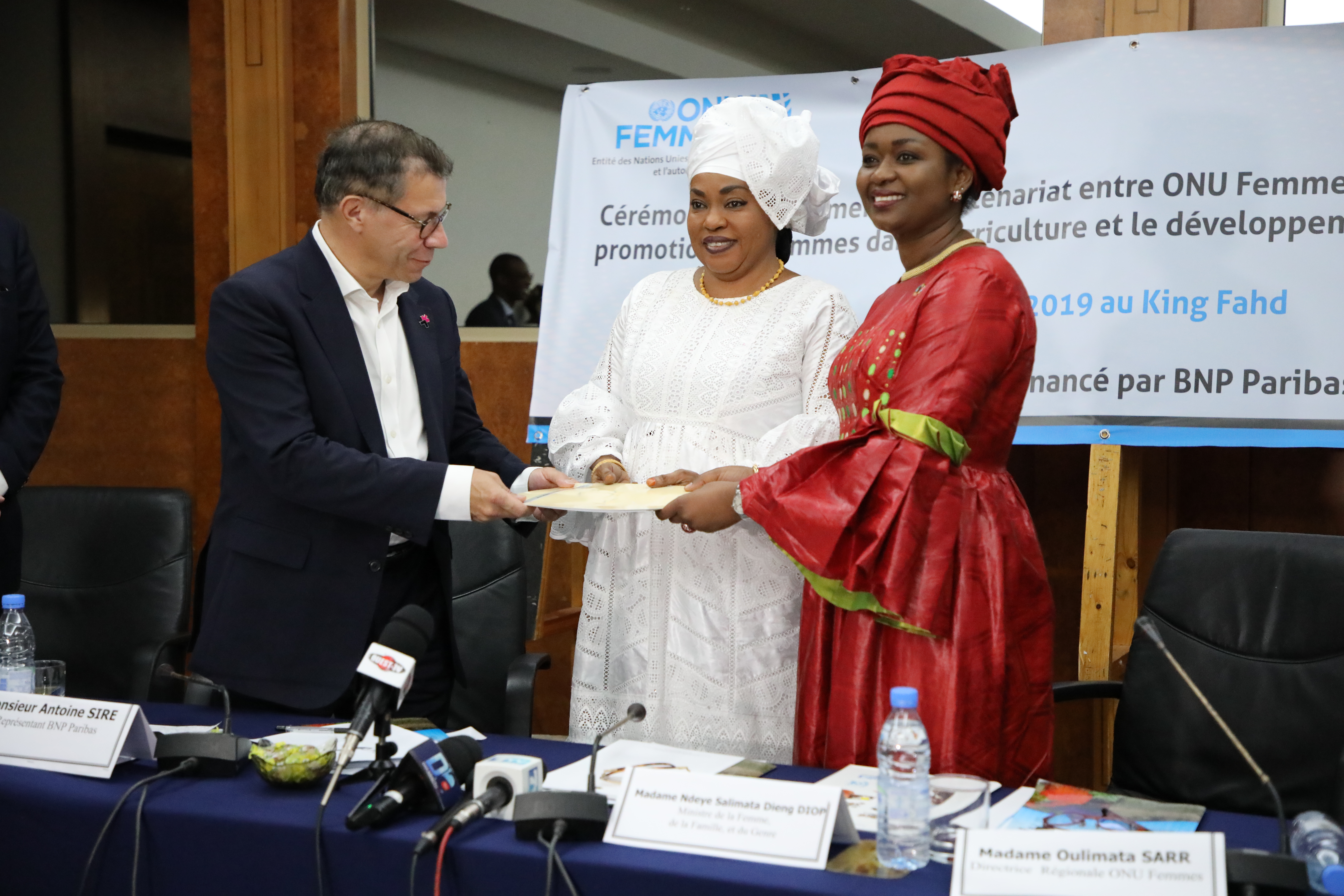 Exchange of the project agreement between Oulimata Sarr, Acting Regional Director of UN Women and Antoine Sire, Director of Engagement at BNP Paribas under the leadership of Ndeye Saly Diop Dieng, Minister of Women, Family and Gender

Endowed with an envelope of US$ 1.8 million over a period of three years, this partnership is the result of the BNP Paribas Group's commitment as part of the global solidarity movement "HeForShe "; to mobilize a strong and active force for gender equality.

On the occasion of the 2018 International Women's Day, Jean-Laurent Bonnafé, CEO of BNP Paribas, reinforced his commitment to gender equality by becoming a HeForShe Thematic Champion. This initiative aims at mobilizing heads of States and leaders of the public or private sectors to promote publicly and act concretely in favor of gender equality in specific spheres of action. 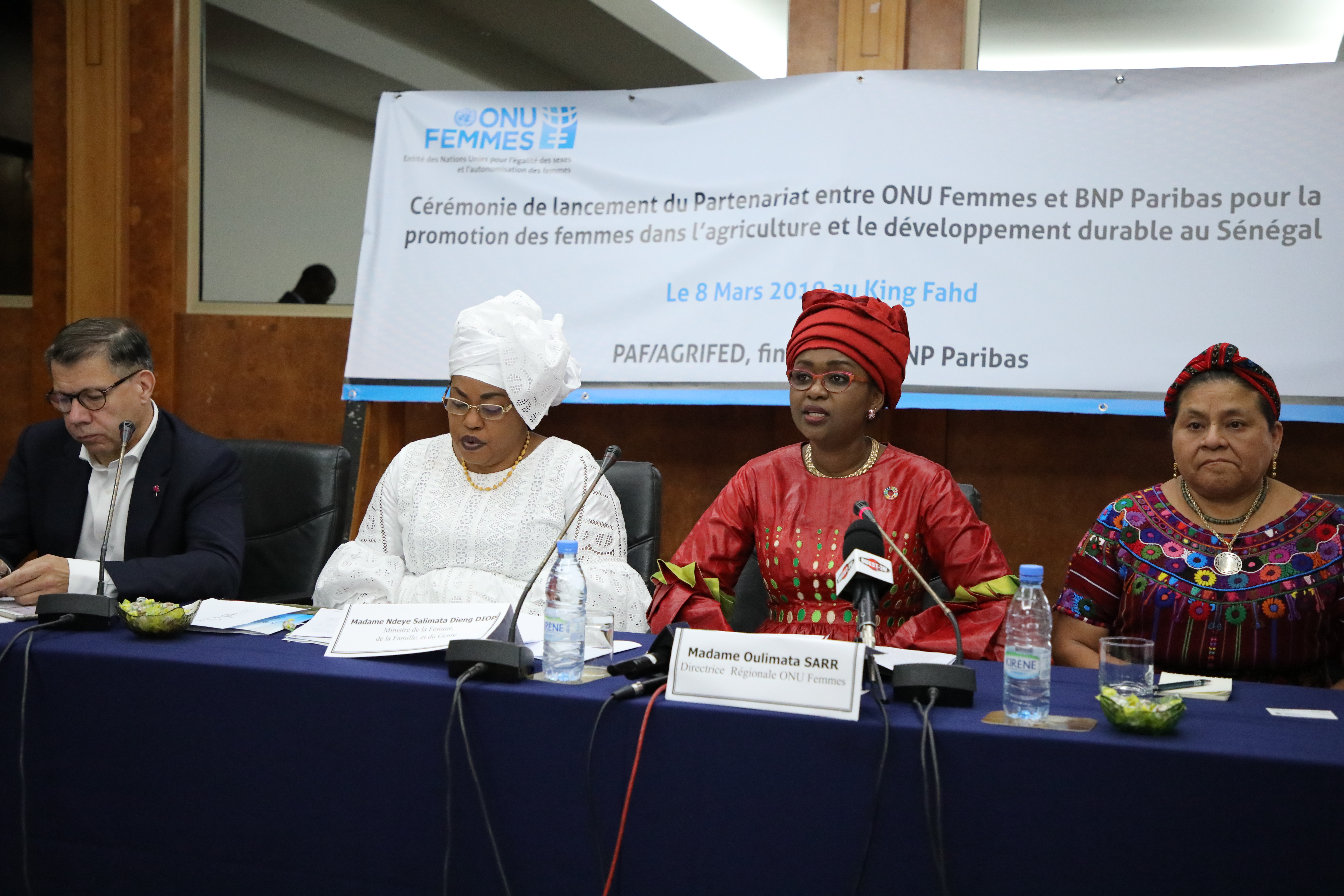 Oulimata Sarr, Acting Regional Director of UN Women WCARO, giving the opening speech at the official launch of the partnership between UN Women and BNP Paribas to empower women farmers in Senegal

This project, which will cover regions with high agricultural potential in Saint Louis, Kolda, Tambacounda, Ziguinchor and the Niayes area, plans to impact more than 30,000 Senegalese women farmers, with the aim of helping them to attain economic empowerment as well as strengthening climate smart agriculture in Senegal.

The project will be implemented by UN Women through its Senegal Program. Oulimata Sarr, Acting Regional Director for West and Central Africa, welcomed "this partnership which demonstrates the continued commitment of both institutions to women's empowerment in order to achieve the UN's 2030 Sustainable Development Goals.   Women are at the center of Senegalese development and we want to support them in promising agricultural value chains to ensure their sustainable economic empowerment. "

Present in Senegal with its subsidiary BICIS - whose teams will follow the implementation of the partnership -, the BNP Paribas Group is involved in this project not only because it responds to a concrete need identified among these women farmers but also it is in line with its commitment to solidarity and sustainable economy.

"By joining this program, BNP Paribas is helping to address two priority issues for the planet and for Africa: gender equality and the ecological transition. This program, led by UN Women, will prove that economic development, social justice and environmental protection can be promoted together. These issues are at the heart of the Group's corporate engagement policy ", commented Antoine Sire, Director of the Engagement department and member of the Executive Committee of BNP Paribas.

The partnership revolves around various actions: 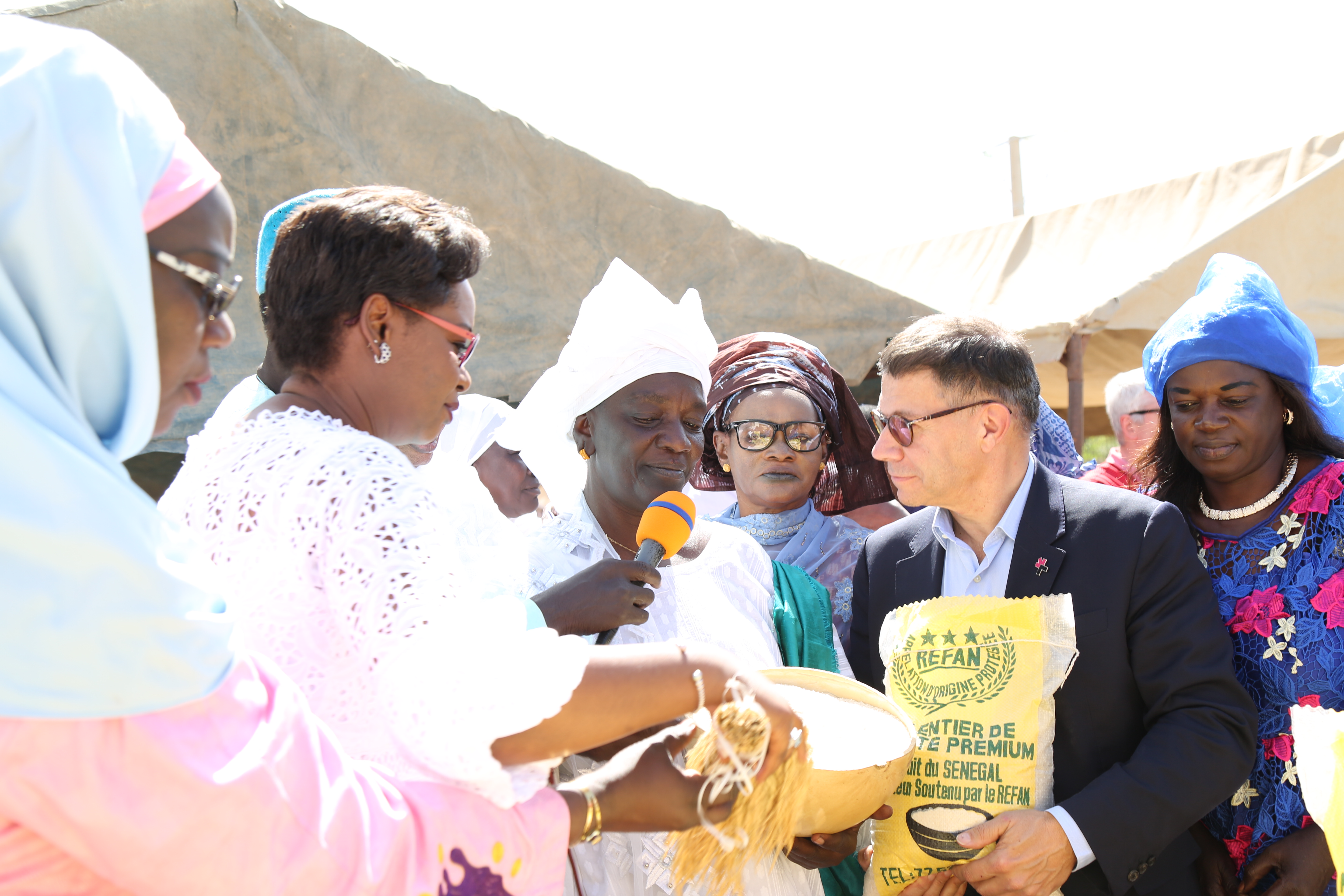 Korka Diaw, President of the network of women farmers (REFAN) showcases the rice production to UN Women and BNP Paribas officials during the field visit in Richard Toll, in northern Senegal

Indeed, supporting women in environmentally friendly agriculture is one of the national priorities of the Senegalese Government, especially the Acceleration Program of Senegalese Agriculture (PRACAS) and the National Gender Equality and Equity Strategy (SNEEG).

“We are farmers.In some our fields, we noticed the effects of climate change, because we used to have high yield and all of a sudden it decreased. Climate change affects all areas of our lives.” Korka Diaw, President of REFAN, a Network of women farmers of the North with 16 000 members active in the rice value chain. 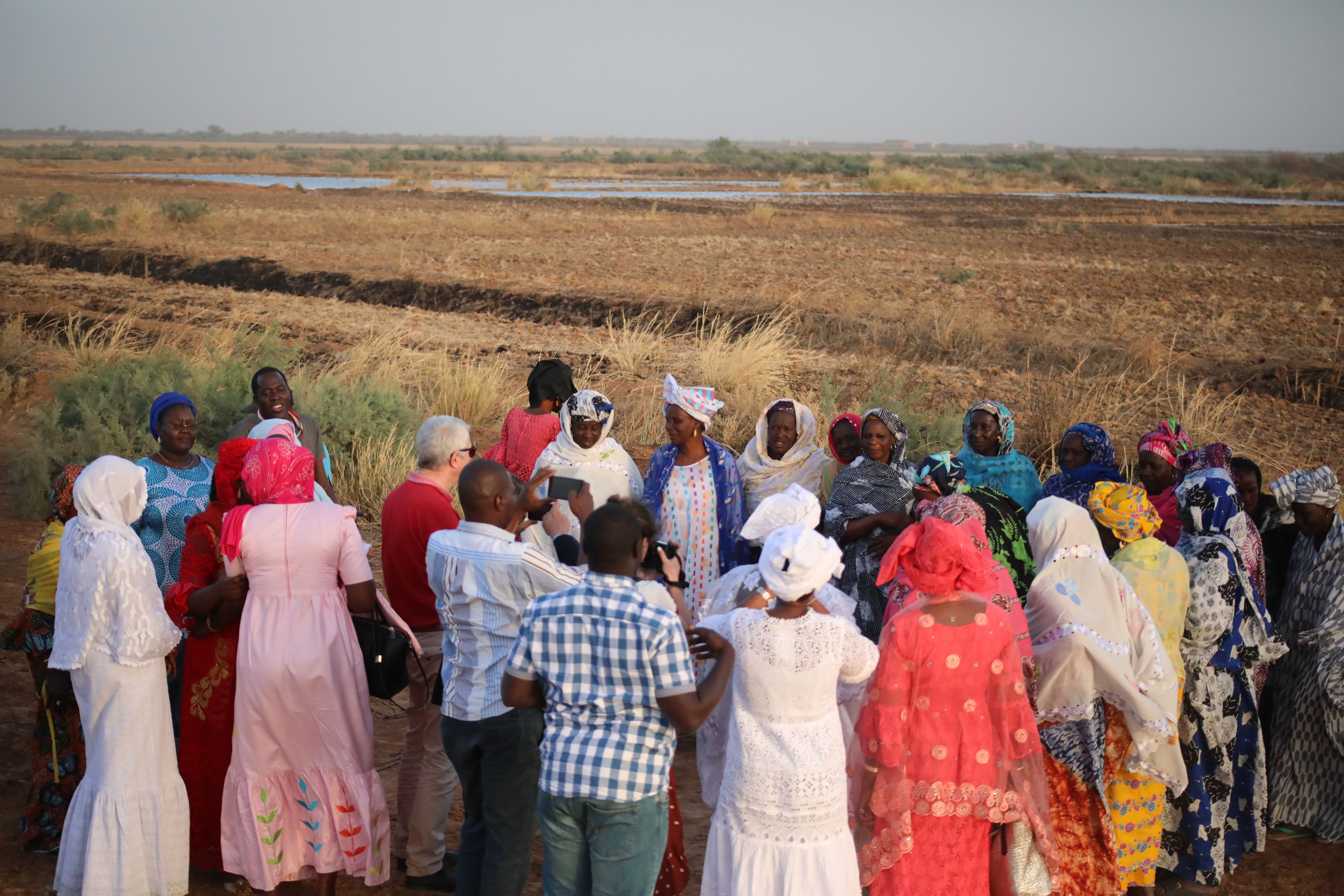 Prior to the official launch, UN Women and BNP Paribas’ teams visited rice fields and processing units in the villages of Thiagar and Kassak, located in northern Senegal in the town of Richard Toll. Discussions with women farmers in the field shed light on the obstacles they face and their needs. Labo Gaye, President of the Kassak Women’s Group and member of REFAN said: “We are in dire need of storage facilities. We sell the rice we produce at a discount because we don’t have space to store it. The availability and cost of electricity is also a major hindrance as we need electricity to run the mills. Moreover, we don’t have access to working capital. The banks we work with have short repayment terms that do not take into account the seasonal nature of our work.”