Annulling one child marriage in Malawi, giving hope to many girls 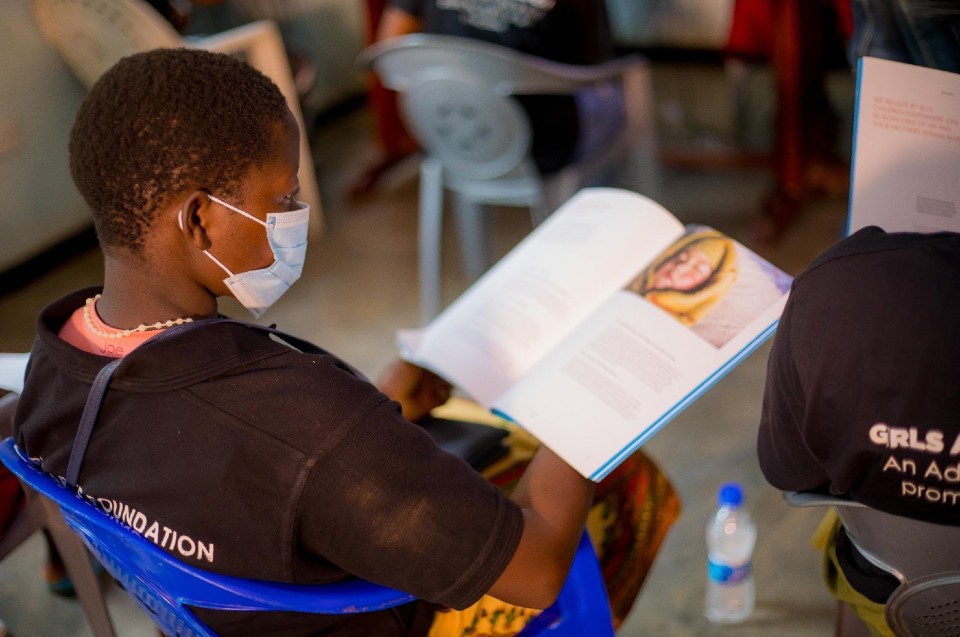 Sifati Mustafa from the Machinga District of Malawi has big dreams. She aspires to train as a pediatric nurse at the district hospital. Since schools closed in Malawi in the rise of the COVID-19 pandemic, Sifati has been desperately hoping that schools will re-open soon.

“I was in the middle of my first term in standard 7 when the government closed schools. I thought my school would reopen within a couple of weeks, but months have gone by and schools are still closed,” said Sifati.

Sifati and her two sisters moved to their uncle’s house after the death of their parents a few years ago. Under her uncle’s care, life was not easy for them. The girls would often only eat one meal a day and Sifati would have to work long hours farming to earn money for necessities. Sifati and her sisters became vulnerable, not knowing their uncle had plans for them.

Sifati said her dream of becoming a nurse was shattered in June last year when her uncle decided all the girls would marry.

“My uncle found men and married us off. I could not believe it. He felt he couldn’t take care of all of us. Since he depends on rain-fed agriculture, he struggles to harvest enough food for the whole year. We had no choice but to comply with his idea of marrying us off. It seems he collected some money from these men,” Sifati said.

Sifati’s story of child marriage is just one of many. COVID-19 is exacerbating inequalities that run deep in a largely patriarchal society. Evidence shows that the closure of schools is pushing more girls into early marriages and unplanned pregnancies.

In Malawi, statistics show half of the girls in Malawi are married before their 18th birthday. Child marriages and teen pregnancies are common in Machinga district with 11 per cent of girls being pushed into early marriages, according to a 2016 baseline study by Plan International and Amref.

This is now changing in Machinga District, thanks to the EU-funded Spotlight Initiative. The Forum for Youth Development (Foyode), through UN Women, is implementing the Spotlight Initiative to prevent early and forced marriages. Chiefs, faith leaders and other key community leaders have been trained to champion the fight against COVID-19-induced early marriages in Traditional Authority Ngokwe. Harmful practices that violate the rights of women and girls are being challenged through community engagements. Chiefs have a platform to sensitize the parents of adolescents who they married off after school closures. They were made aware of the need to annul the child marriages they arranged.

Village Headman Kwacha, who rescued Sifati and her sisters from early marriage, has been part of a door-to-door campaign credited for decreasing child marriages in the area. Sifati was rescued through a largely successful sweeping exercise.

“When I heard about Sifati and her sister’s marriages, I immediately reported the matter to the police. The Police Victim Support Unit (VSU) investigated the matter and arrested the uncle,” said Village Headman Kwacha.

“At the VSU, the marriages were annulled, and the girls were referred to a One-Stop Centre at Machinga District for pregnancy tests, sexually transmitted infections screening, treatment and counselling,” he added.

Spotlight Initiative has been empowering community leaders in six districts to take a proactive role in the welfare of vulnerable groups like young women.

“Most of us young girls are afraid of marrying, we just want to get an education and live independent lives,” said Sifati.

*Names have been changed to protect identities