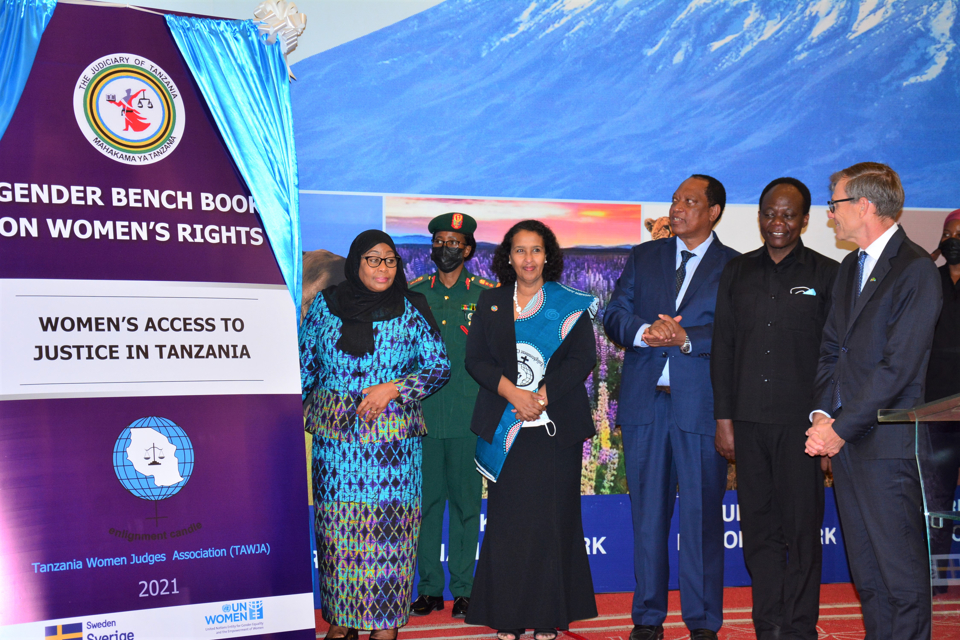 UN Women, in collaboration with the Tanzania Women Judges Association (TAWJA), has produced the country’s first Gender Bench Book on women’s rights. Launched on 28 October by the President of Tanzania, HE Samia Suluhu Hassan, the Gender Bench Book aims to provide an accessible, user-friendly reference guide for judicial officers in protecting the rights of women and girls. This includes strengthening the gender-responsiveness of judgements on cases, and ensuring that women and girls are treated with the dignity and respect they deserve.

Gender-based violence remains one of the greatest challenges facing women in Tanzania.  According to government data, 41,000 cases of violence against women were reported in 2017 alone, with discriminatory customs and traditions still presenting significant barriers to the realization of gender equality. When compounded with other socio-cultural challenges such as lower literacy levels and access to resources, higher poverty rates and strictly proscribed cultural norms that dictate their behavior in society, women are less likely to be aware of their rights and the relevant justice mechanisms accessible to them.

With support from the Government of Sweden, UN Women’s Access to Justice programme has implemented a project in partnership with TAWJA to strengthen the court system in the management of cases of violence against women. The Gender Bench Book was developed within the context of this project.

Speaking at the launch, UN Women Representative, Ms. Hodan Addou said the Gender Bench Book will serve as a vital tool to protect women’s rights, opportunities and participation in the delivery of justice services in Tanzania.

“It will assist judges, lawyers, and human rights defenders with quick reference materials on applicable laws, decided cases and innovative victim-friendly court procedures on the cases that women bring to court,” she added. 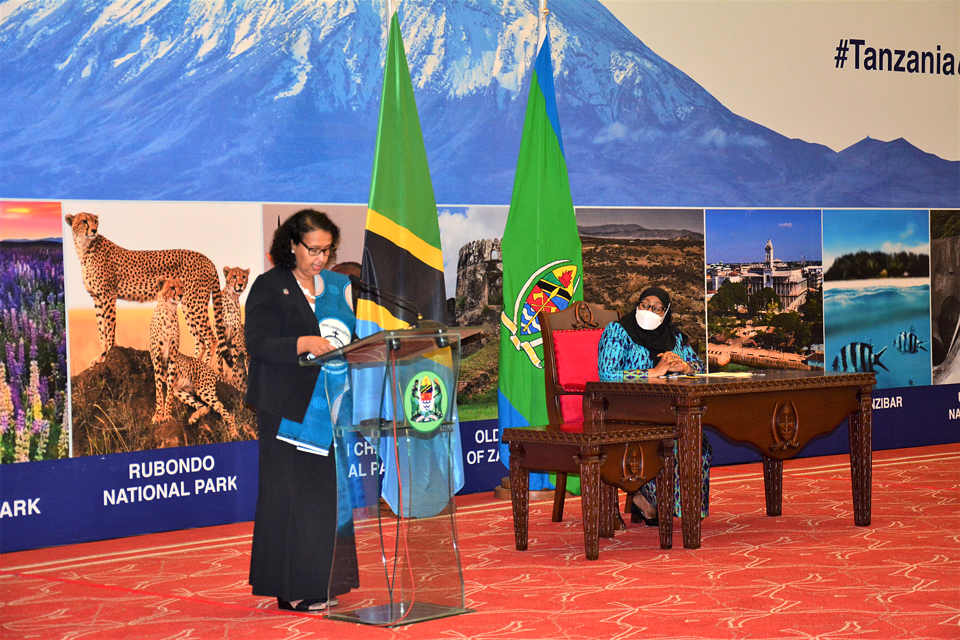 Drawing from the structure of similar UN Women projects in Asia, Latin America and elsewhere in Africa, the Gender Bench Book has been developed for judges, magistrates and all others in the legal sector in Tanzania to use and refer to in the adjudication of cases. According to the TAWJA Chair, Judge Joacquine De Mello, the aim is to ensure the exercise of proper judicial discretion and decision-making using local and international best practices, and equip judicial officers with skills to identify existing laws and practices that are discriminatory. “The Bench Book will therefore serve as a catalyst in changing gender biases and attitudes, strengthening capacities of justice actors to administer justice in such a way that safeguards the rights of women,” said Judge De Mello.

In her keynote address, President Samia Suluhu Hassan emphasized the need for the Bench Book to shape and nurture positive gender attitudes and enable judicial officers to deliver justice based on existing laws that are created to protect women and girls. She spoke of the timely nature of the Gender Bench Book on Women’s Rights, and called on all judges and judicial officers at a High Court that was recently designated to handle family-related cases like marriage, divorce, maintenance and inheritance, as well as cases of harassment and abuse, to make good use of the guidelines. 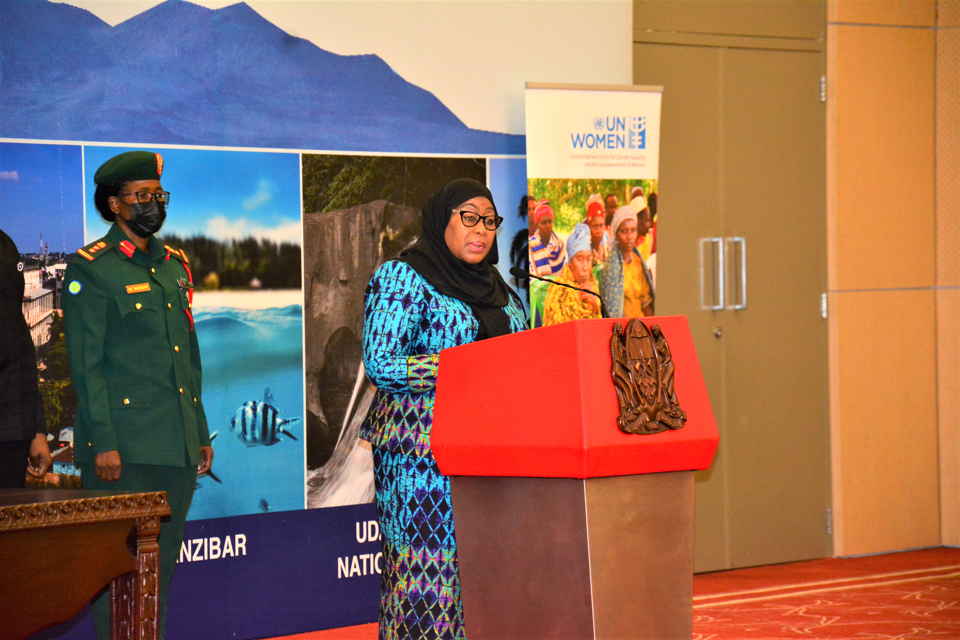 President Hassan further urged the judiciary and Ministry of Justice and Constitutional Affairs to ensure that the Bench Book is disseminated beyond the judiciary, and that other key actors, such as the police force, are also trained to operationalize the tool. She encouraged all stakeholders, including civil society and women’s rights organizations working in the country to contribute to ensuring that the principles outlined in the Bench Book are put into practice throughout the country.

“Success cannot come from court rulings alone, but from the way communities will change and respect the dignity of women without any bias,” she said. “By working together, your collective voices will effect the change we need for the sustainable development of the country as a whole.”

Following the launch, plans are in place to roll out the Gender Bench Book to over 2,000 judicial actors from all 16 judicial zones in the country in the next year and a half.

“Our hope is that this will only be the beginning of the many great resources for the judicial system to better respond to and uphold the rights of Tanzanian women and girls,” said Ms. Addou.