From where I stand: “I am tired of Turkana being called a marginalized county. I want to change that”

Audan Lokaala is a part time lecturer, PHD student, a mother, and a wife. She is also vying for the parliamentary seat in Kenya’s Turkana Central constituency. Her political ambition is to become the country’s first Nilote president – an ingenious people from the Nile valley region and one of Kenya’s 47 tribes. 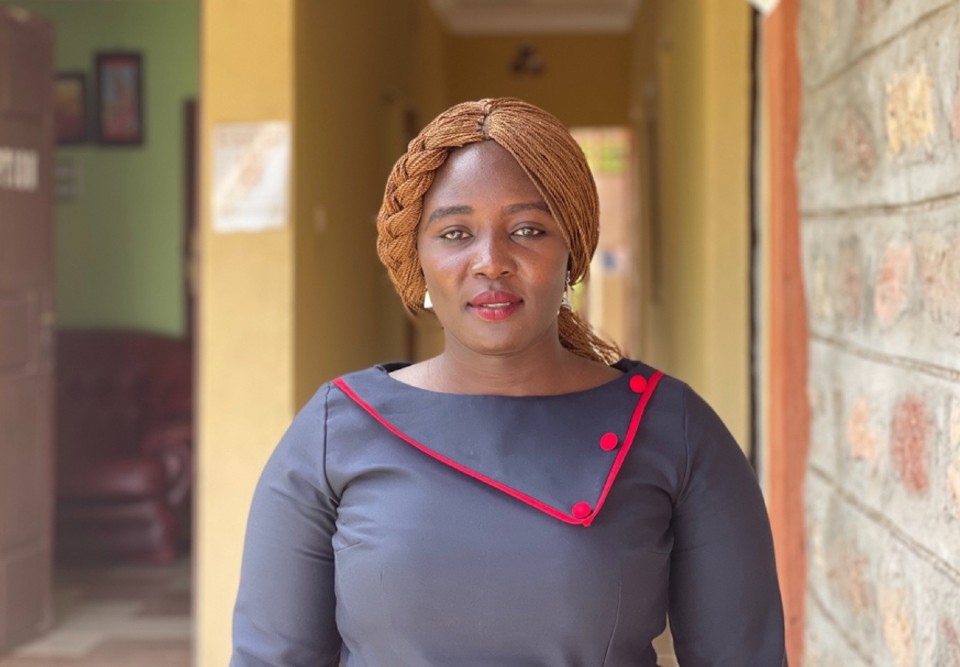 I started as a teacher in Kanamkemer, Turkana. If you check my Facebook page, you will see how I used to mentor my students, especially young girls. My heart is in helping my community, that’s why a member of parliament for Turkana County is a start.

Turkana County is very patriarchal, with a lot of focus on the men and boys. Men have been given so much priority, leaving women behind but I’ve seen other counties with women leaders doing so well. My county is labelled as ‘marginalized’, some people don’t consider it part of Kenya. I really want to change that.

When I first announced that I will be vying for the MP seat, where many men are already showing interest for the same seat against two women, people would say, “are you sure you want to do this?” or, “why don’t you try to be a member of the county assembly (MCA) first.” I just wonder why we think its only men who can lead us. I might not win, but I know I will inspire many young women, who will have a better chance at winning in the future. I feel like a sacrificial lamb to pave way for the next generation.

During a previous campaign activity a guy squeezed my arm really hard – that’s when I realized that having a bodyguard is a basic need and not a luxury. Women leaders face many challenges from physical assaults to insults. A woman is seen as someone who is weak and should only stay at home, cook and clean. When you vie for a leadership position, there is a way you are supposed to look and behave. So insults like, ‘she is a whore’, ‘slay queen who just wants attention’ start streaming in. It’s tough.

I have learnt that communications skills are very important. I must be able to get my message home and I must be ready to speak to the media wherever I am. I have done my SWOT analysis to know and understand about new ideas I am bringing to the table. I want education for all in Turkana, because with education one is able to make informed decisions.

To campaign in Kenya, you need a lot of resources especially money. I don’t have a lot of money, but I have my mouth to talk to people, so I will need to work twice as hard to get people to trust and vote for me.

In preparation for 2022 general elections, Audan Leah Lokaala has received various training since she declared that she wanted to run for a political seat.

UN Women has been working with Kenya Women Parliamentary Association (KEWOPA) to support participation of more women in political leadership and decision making, supported by Government of Finland. The trainings from KEWOPA that include leadership skills, communication and SMART advocacy skills, campaign management and most importantly, mentorship have enhanced the capacity and voice for women aspirants including Audan to advance gender equality and women empowerment.

The trained women aspirants have increased civic understanding and advocacy on women’s rights to participate in governance processes as well as strengthen their confidence to come out and take up the leadership positions from the county to the national level.

Related News
28/10/2021
UN Women and Government of Canada target Kenya’s first ‘Ms President’
04/06/2021
Kenya's platform for action revealed ahead of Generation Equality Forum
03/05/2022
From talk-shop to community action in Kenya’s local government.
28/06/2021
Generation Equality: The youth must be at the forefront of the battle against GBV and harmful practices
21/06/2021
Launch of UN WOMEN East and Southern Africa Regional Governance and Leadership Reference Group
END_OF_DOCUMENT_TOKEN_TO_BE_REPLACED