Don’t be a bystander: I don’t blame my parents, it’s the culture

Patrick Ekeai, is Turkana chairman of one of Kenya’s leading political parties. From an early age, he has been a champion of gender equality, saving his sister from child marriage. Now he is actively advocating for women’s increased role in the community and political processes. 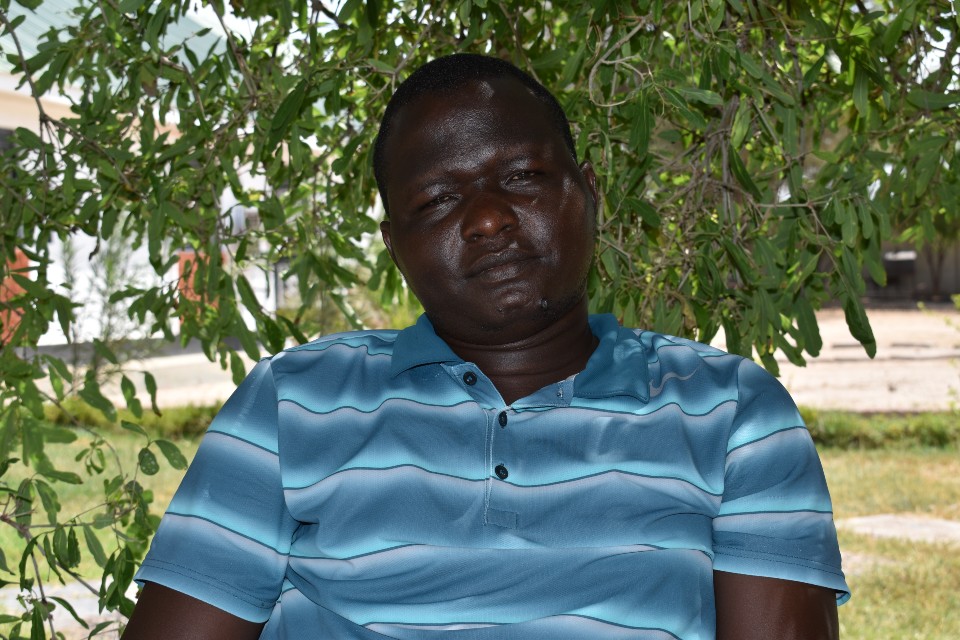 My sister was 12 years old when she was to be given away to an old man in marriage. He had six wives, so she was going to be number 7. At the time I was 17 and I approached my father but I was told to get children of my own. So I talked to my mother who was willing to help although she was very afraid. So one night I helped my sister escape to a friend in Kitale who was working as a prison officer. I used to play pool games to get some cash for her school fees. I managed to send KSH 5000 a month and my friend helped contribute.

This caused hatred between my father and mother. When my sister reached class five, I brought her back home to Lodwar and she joined the local school. I saw my father’s attitude changing because her performance was very promising. In her last year she took her KCPE and scored 374/500. The first person to celebrate her results was our father.

Turkana people need to be educated. In our culture, a woman is not seen as a leader. As the chair of ODM in Turkana, I am looking forward to equal nominations, meanwhile advocating for more women leaders in Turkana. I’m supporting them to vie beyond MCA positions.

That’s why I am an ambassador - when I have a chance to sit in Akereket - I champion for women rights. Akereket is a traditional practice in Turkana for initiated mean. It dictates a specific seating arrangement during a meal to eat meat. There are indicated places to sit, and it is a time to discuss important challenges in community such as drought or conflict. The decisions made here are done without women present. When a decision is not made, they reschedule – and when they go back home, they talk to their wives, presenting those inputs in the next meeting. We need more women at the table.

Patrick is a gender champion who has received capacity building through UN Women programmes, supported by the Government of Finland as well as the Multi-Partner Trust Fund. The projects cut across core thematic areas of gender equality including GBV prevention and response, as well as strengthening women’s political participation and leadership.

Related News
22/09/2021
In the words of Rosemary Cheptai: “Lasting solutions require bringing all communities together and finding a common ground.”
22/09/2021
From where I stand: “Communities need to know their rights. The major problem is the lack of awareness, they simply do not have information.”
17/12/2021
AU Member States, Regional Economic Communities and Civil Society Organisations Trained on the AU Gender Observatory
07/12/2021
Don’t Be a Bystander: “If you are not educating men and women in the villages on how to curb Gender Based Violence, you will not achieve anything.”
21/09/2021
Valley rifts: building peace out of Kenya's tribal conflicts
END_OF_DOCUMENT_TOKEN_TO_BE_REPLACED