Don’t Be a Bystander: “If you are not educating men and women in the villages on how to curb Gender Based Violence, you will not achieve anything.”

Steven Ikerenge, 30, is a policeman in Kakuma Town, Turkana. Steven champions efforts to prevent gender-based violence in his community beyond his official duties. 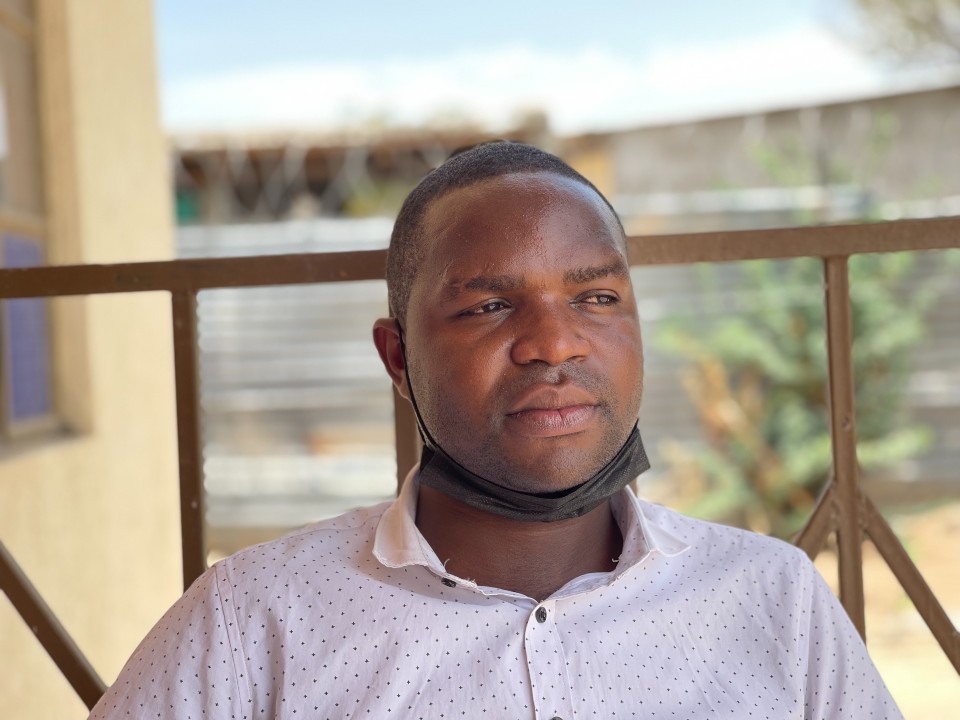 I have encountered many GBV issues and during COVID there has been a rise in cases. I focus on following the legal pathway because it sends a message to those who try to settle such issues within the community.

For example, child marriage in Turkana is rampant but the community largely see it as a cultural practice, so it is hard to gather information. Some people try to report, but never reach court because they have been threatened. Even when a case reaches court, and the girl is to give evidence, she doesn’t reach court. It’s not because there are no witnesses, it’s because the case ends up being resolved at the community level. That doesn’t help the girl and the perpetrator is free - that’s why we are trying to create awareness.

Child cases should be conducted very fast to minimise witness interference but there’s only one magistrate in Kakuma. We are working with other organization on case management– to accelerate prosecution – that sends a strong message to potential perpetrators. We are also educating the elders in the community because they are the barriers. They ask, “why are you telling our community secrets?” We’re trying to encourage the community elders to report, otherwise the perpetrators feel like they can get away with it.

Steven is a gender champion who has received capacity building through UN Women programmes, supported by the Government of Finland as well as the Multi-Partner Trust Fund. The projects cut across core thematic areas of gender equality including GBV prevention and response, as well as strengthening women’s political participation and leadership.

Related News
07/12/2021
Don’t be a bystander: I don’t blame my parents, it’s the culture
22/09/2021
In the words of Rosemary Cheptai: “Lasting solutions require bringing all communities together and finding a common ground.”
22/09/2021
From where I stand: “Communities need to know their rights. The major problem is the lack of awareness, they simply do not have information.”
21/09/2021
Valley rifts: building peace out of Kenya's tribal conflicts
30/08/2021
Goretti Ondola: A twenty-year struggle for justice
END_OF_DOCUMENT_TOKEN_TO_BE_REPLACED