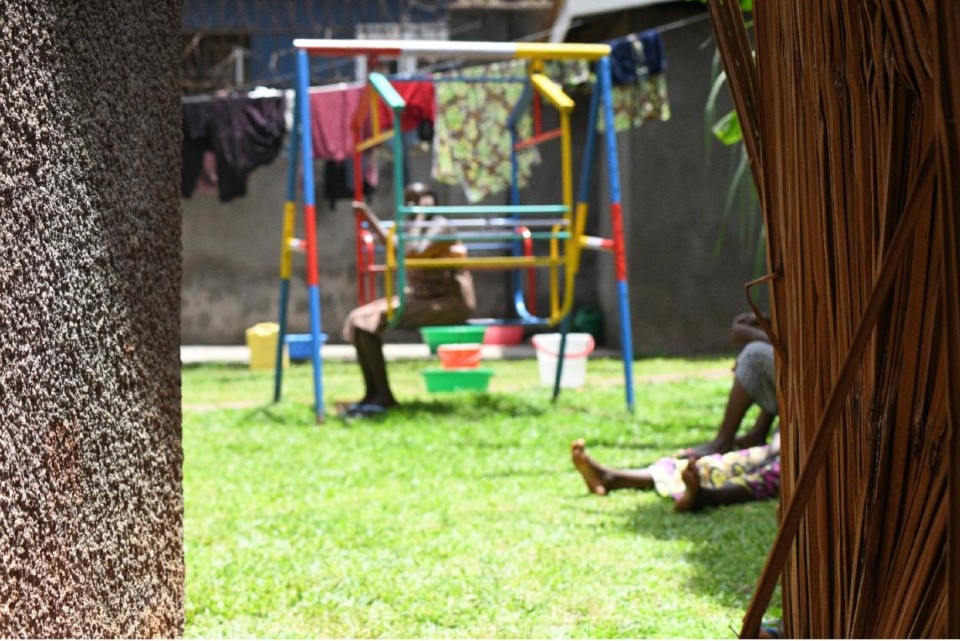 Some of the Shelter residents enjoy some fresh air in between wellness activities. Photo: UN Women/Eva Sibanda.

The Rising Woman Shelter and Wellness Centre in Kampala provides safety and anonymity for survivors of violence against women (VAW) and trafficking with support staff who work to accommodate survivors and ensure their needs are met and that they feel supported and safe. UGANET with the support of UN Women, operates one of three shelters in Kampala. The shelter is designed to accommodate up to 25 survivors, although at the time of writing, there were 35 women in the house.

The shelter is a secret home and safe house in an undisclosed location and survivors access the shelter mostly through referrals. The women’s stories remain confidential as most fear stigmatization in their communities as well as on social media platforms. Perpetrators may also pose a threat, and therefore the identities of survivors are concealed.

The shelter opened in May 2020, during the peak of the COVID-19 pandemic due to increasing levels of domestic violence during the lockdown. During their first two months of operation, the shelter received over 40 women from the suburbs of Kampala, as well as Congo, South Sudan, and Burundi, as a result of closed borders. In addition to assisting survivors of domestic violence, defilement, rape, and sexual violence, the shelter also receives survivors of human trafficking who have also been exposed to violence. GBV shelters are part of the referral system that provide victims/survivors with temporary refuge and access to medical, legal, economic and psycho-social services.

“These are people who have been trafficked, deceived, they were just told carry a bag with a kanga or lesso. A few carred a toothbrush. But they came here with absolutely nothing.” – Lucy Chihi (UGANET Resident Counsellor) 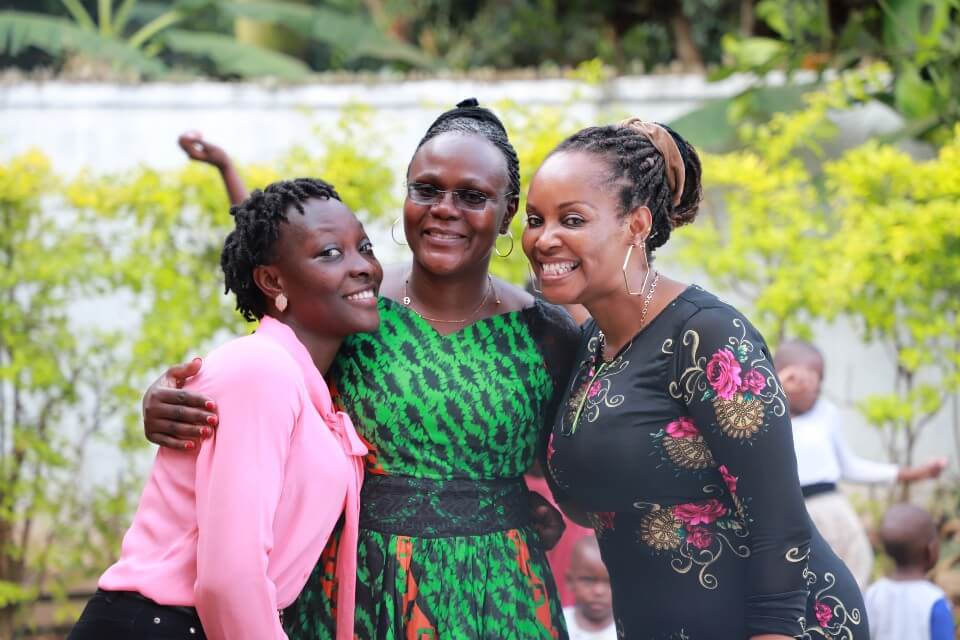 Lucy Chihi explained the procedure from referral of a survivor to resettlement. First, survivors are referred either via the toll-free phone line or from other organizations, police or local councilors. This referral sometimes requires a “rescue” operation. The second step is to provide immediate refuge and the provision of basic needs, such clothing, medical attention and food. Counselling is the next step, as Lucy assesses whether there is a need for legal intervention, medical attention, or psychotherapy.  Rape counselling involves the UGANET shelter calling in doctors to do a medical assessment and women are rarely moved from the centre once they arrive.

Throughout their stay at the shelter, survivors are taken through a wellness programme to enable their step by step recovery. Lucy is also on hand to carry out mediations with perpetrators who are willing. Perpetrators are met off site by UGANET counsellors and the legal team. 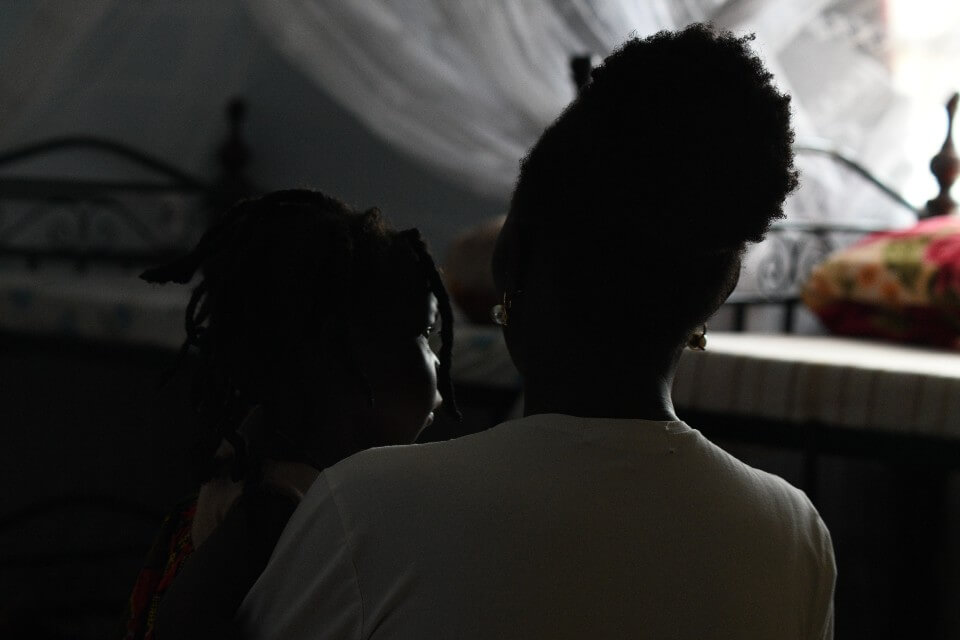 Rachel with one of the younger residents at the GBV Shelter. Photo: UN Women/Eva Sibanda.

Rachel does the administrative work, registering incoming women and children as well as conducting “rescues”. The rescues are usually carried out by partners such as the Uganda Police Force, and the officers manning the UGANET toll-free call centre (toll free line is 0800 333 123). The International Rescue Committee (IRC) supports when the situation relates to refugees. Rachel assists with resettling the survivors following their stay in the shelter. The duration of their stay in the shelters depends on the case.

“There are those who come in for wellness following traumatic experiences, those peoples’ stay here may not be as long as those who come specifically because their lives are in ongoing danger.” – Rachel. 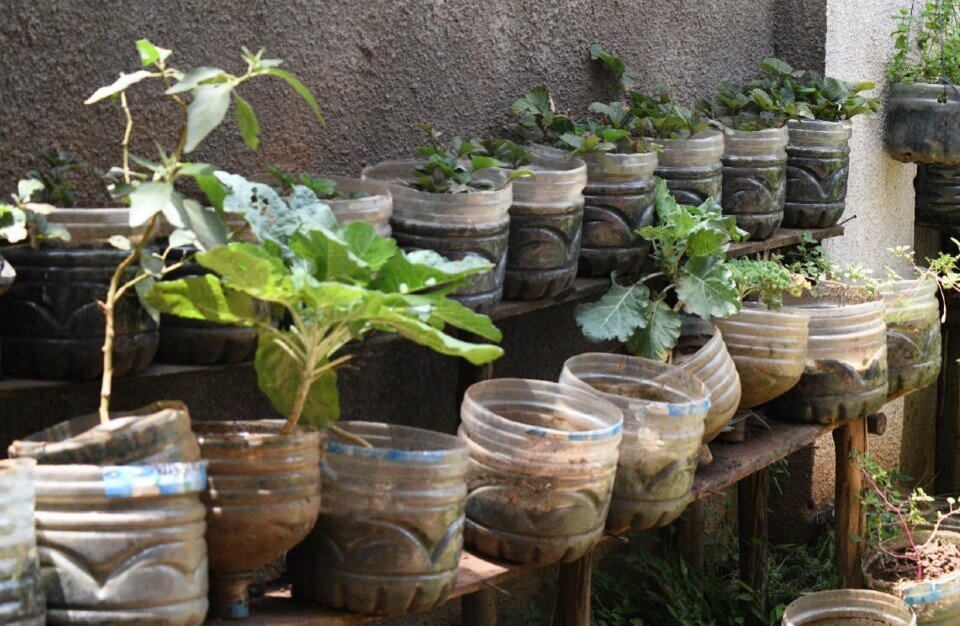 Gardening is one of the transferable skills taught to the women during their short stay at the shelter. Photo: UN Women/Eva Sibanda.

Skills like soap making, bead working, backyard farming, cooking and baking are taught as part of the Wellness Programme and they also host yoga classes. Service provider “Stroke for Uganda” was contracted to carry out these courses.

“Our mandate is by the time a woman is leaving this shelter, she goes out equipped and not dependent. Many of the cases of abuse come out of dependency on someone else. At least when you are equipped you can go out there and do something no matter how small and make an income” – Lucy Chihi

Follow-up with survivors after their resettlement is key. Staff are dedicated to ensuring successful resettled.

“We settle them elsewhere, where they feel safe, and their lives are no longer under threat. Despite the government making a commitment to prioritzse violence against women and girls as an essential service, there have been no additional provisions to this effect.” – Lucy Chihi

In October 2020, the Centre received four survivors (aged between 18 to 22) with speech and hearing disabilities referred by FIDA Uganda. These young women were being molested by administrators at their school. The shelter ensures that no one is left out of support. Sign language interpreters were on hand to translate and a sign language student even came to stay over at the shelter to support the caretakers Resty and Abigail.

The UGANET shelter has received victims of human trafficking from Zimbabwe, the Congo and Burundi. One of the survivors was tricked by a fraudulent company that promised work, but instead she was subjected to sex slavery. UGANET was called in by Interpol to support. When she arrived in Kampala, she was moved to Mbarara where she was able to alert people of her situation. She arrived at the shelter in June 2020, staying for almost three months while awaiting clearance from Interpol.

On 5 April 2021, 32 women and girls from Burundi arrived at the shelter. The group was conned and told they would be taken to the Middle East to work. When they arrived in Uganda, they were held in a house in Bulenga and their legal documents had been confiscated by the traffickers. The CID police arranged shelter for them and worked on repatriation with the Burundian Embassy. Interviews with the shelter and counsellor are part of a greater criminal investigation. 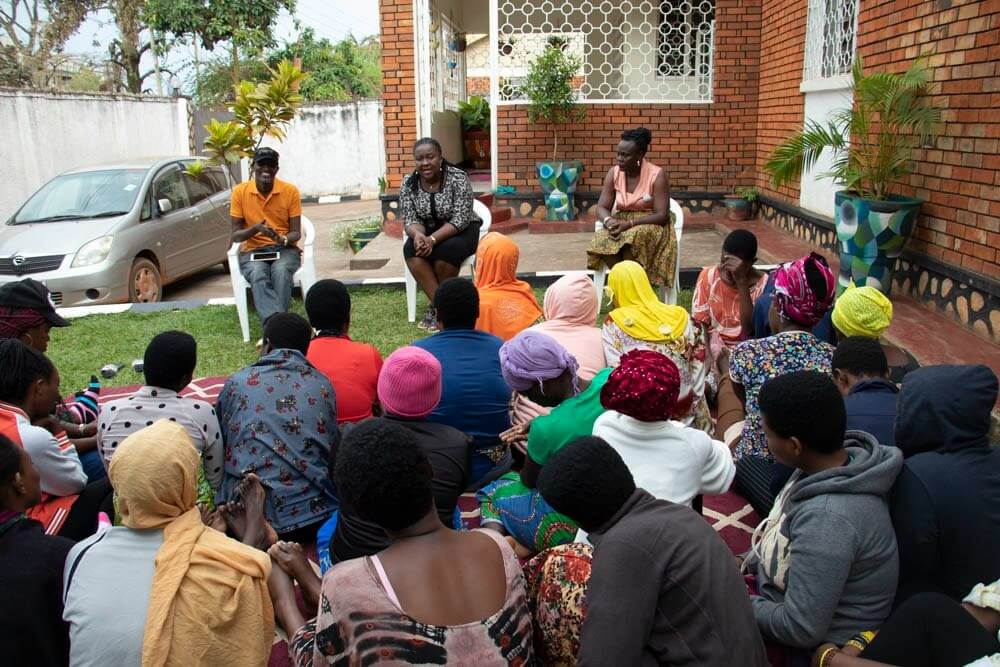 Prior to the departure of the 32 human trafficking survivors from Burundi, UGANET staff with interpretation support shared some final words of encouragement after their stay at the shelter (UGANET). Photo: UN Women/Eva Sibanda.

“We have interviewed them to establish how best to counsel them. We want to ensure this doesn’t happen again, their travel documents were taken from them and we want to alert them to this dubious nature of events so they do not fall into this trap again.” – Lucy Chihi

UN Women supports the UGANET shelter to provide a loving home, medical and expert counselling as well as essential services for survivors.

Related News
28/12/2021
UN Women Uganda launches 16 Days of Activism against Gender-Based Violence campaign
23/12/2021
The Road to an Inclusive Economic Recovery: UN Women Rwanda facilitates a stakeholders’ dialogue on leveraging AfCFTA opportunities for women entrepreneurs
23/12/2021
UN Women Uganda and partners call for ending acid attack violence in Uganda
10/09/2021
Ending violence against women in Uganda takes a step forward with critical law reforms passed in Parliament
28/06/2021
Generation Equality Take Five: Women have so much potential that can be leveraged for the development of our communities
END_OF_DOCUMENT_TOKEN_TO_BE_REPLACED