Take Five: My Take on Media Partnerships for Gender Equality in East and Southern Africa

The Deputy Head of Mission at the French Embassy in Tanzania, Mr. Alexandre Peaudeau  shared his views on fostering media partnerships for gender equality after partnering with UN Women to launch of the Gender Journalism Awards for East and Southern Africa Region in May 2021. 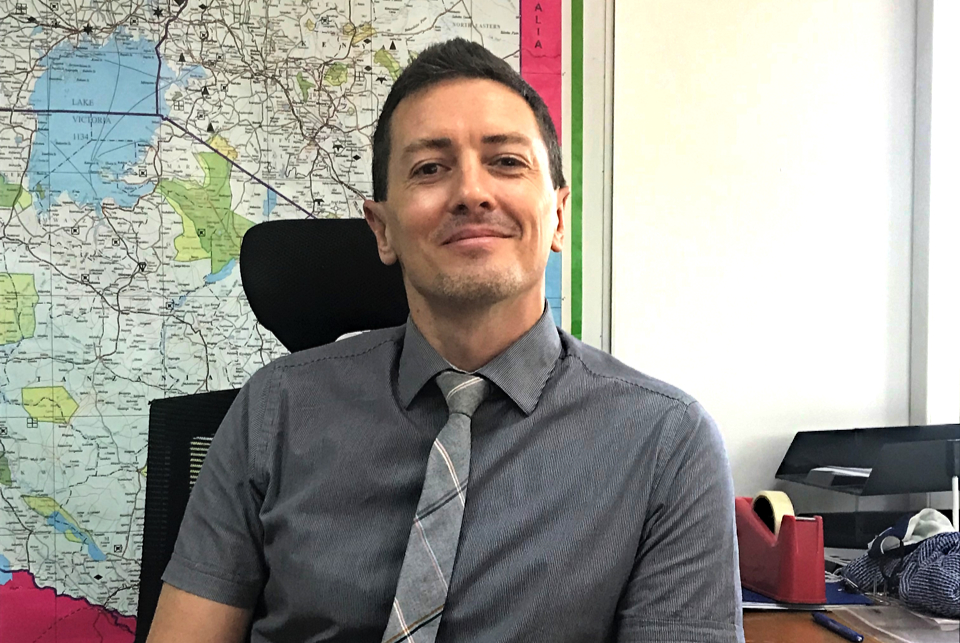 Why did you decide to partner with UN Women to launch the Gender Journalism Awards for East and Southern Africa Region?

The bitter truth is that, today, no country can claim to have achieved gender equality. We all failed on the commitment we made 26 years ago during the Beijing Platform for Action, to make this world a much fairer place for women to thrive, and where both women and men can live as equals.

That is why France truly believes that only strong and diverse partnerships, including the media, and built by all the actors of our societies across all sectors, can accelerate progress towards gender equality. For the first time, through the Generation Equality Forum, countries and various actors from the media, women’s rights organizations, civil society, feminist movements, international organizations, and the private sector are investing in longer-term collaborations, with the conviction to significantly advance the rights of women and girls. Having the media around the table is indeed a revolutionary initiative by UN Women to ensure that the media become part of the team driving transformative change at regional level.

How can the media contribute to the realization of the objectives of the Generation Equality Forum?

It is a fact that we cannot leave the media behind, journalists should be part of this life-changing journey and must fully seize this key issue to reflect through their stories, the lived realities of women and girls. It is imperative that we fortify our partnerships with the media to support development of gender-sensitive reporting. We need all hands on deck, to create enough space, and opportunities for women to express themselves, and consistently hear, see and read their contributions in the media to help change attitudes that perpetuate barriers to the empowerment of women.

Why is developing strong partnerships with the media so important to France?

France is a fervent advocate of press freedom, and we believe that a vibrant and free media is a powerful catalyst for gender equality. When we have a vibrant media playing its agenda setting role, we can bring to the public domain, issues previously regarded as taboo for open discussions, despite profoundly affecting the advancement of women and girls. We need the media to support efforts working to bust the myths around gender-equality!

Can you share examples of how media can influence the gender equality narrative?

In France for instance, the media recently generalized the use of the word “femicide” to emphasize the gravity of gender-based violence. In fact, in France, a woman is killed every three days by her spouse or partner, while 84 percent of marital deaths are women! Adding to this disturbing situation is the impact of COVID-19 on women and girls across the world. The pandemic has increased the vulnerability of women and girls to domestic violence everywhere. It is unfortunate that some people still deny or downplay this sad reality, and it is our job, working with the media, to keep advocating for a change of this situation. The media in France are taking bolder actions now than ever before to enhance the protection of the rights of women and girls.

In your opinion how are these Awards going to contribute to efforts mobilized under the Generation Equality Forum?

The UN Women Gender Journalism Awards remind us of the plight of women and girls – that the scale is still skewed against women and girls. This calls on us all to rightly turn gender equality into a mainstream issue in East and Southern Africa Region. Consistent visibility to gender concerns is now critical, it will help raise awareness and stimulate an increase in funding allocations through national budgets and from development partners to activate longer term actions and innovations that can meaningfully turn the tide.

Related News
08/08/2022
UN Women engages media and public influencers in changing negative social norms and stereotypes for the advancement of gender equality and women’s empowerment in all sectors and at all levels in Rwanda.
09/09/2021
Increasing Media Capacity to Promote Women’s Leadership Vital
19/10/2018
Media Advisory: UN Women and Key Stakeholders to host an Africa Youth Conference in Nairobi
24/09/2018
UN Women and IAWRT: Placing women at the heart of Elections
30/08/2017
Changing the Narrative of African Women Media Training in Tanzania
END_OF_DOCUMENT_TOKEN_TO_BE_REPLACED