From Where I Stand: “You feel like you’re up against an entire community, just to tell a story”

Lydia Nyawira, 35, is a Kenyan journalist with over 10 years of experience. She is a reporter for one of Kenya’s largest media outlets - Standard Media Group. As the country’s general elections approach, journalists’ - and in particular female journalists’ – safety must be prioritised and monitored closely. 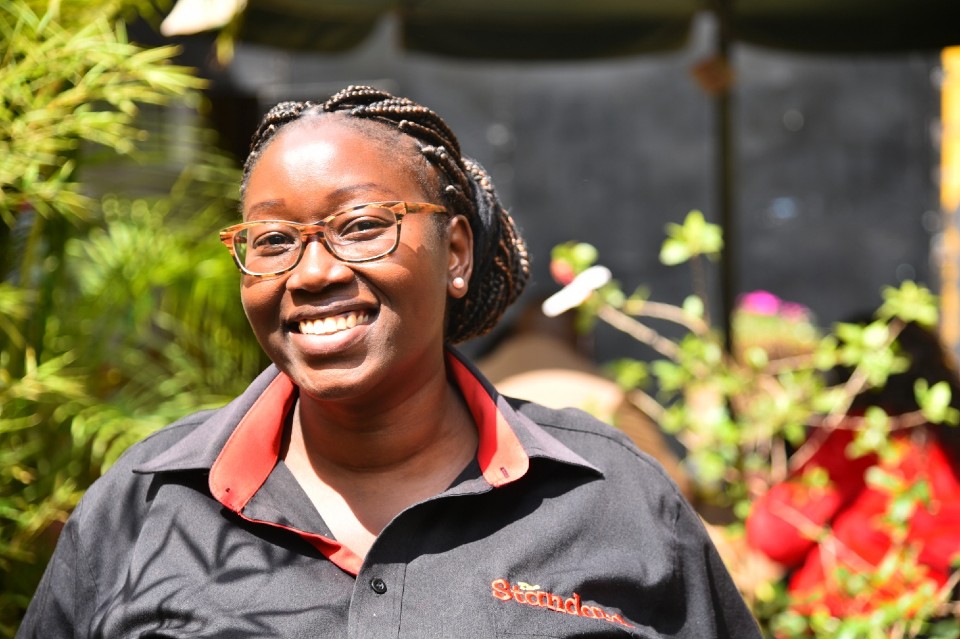 There are challenges for female journalists. Let me give you an example – A few weeks ago there was the coronation of the Speaker of the National Assembly. Ceremonies are held regionally as the Speaker emerged as the region’s spokesperson. This event is not open to women, and even though I was the on-duty reporter, I had to let my male colleague cover the story. These barriers make you feel like you’re up against an entire community, just to tell a story.

I’ve been detained without cause – just for doing an interview outside a police station. We were reporting on human rights abuses against a civilian, who was detained for several days without due process.

We went down to the police station where he had just been released, the police came out and claimed we were threatening security. They put us in cuffs and I sent a distress signal to my bosses...now it is one of the friendliest police stations to date!

I’ve been chased away from events. Back in 2015 during a county assembly session there was a physical fight that broke out between officials, so I did my job – I started taking photos. They came at us. The MCA went after my colleague and grabbed her by the neck, I got in between them but to cut a long story short, we were caught out in the chaos.

Election years are bad, I always worry. Battle lines are drawn in the sand and all institutions seem to become politicised. Its so easy to find yourself on the wrong side. You could be reporting on a issue over many years but when the elections come up it is political.

County governments are key advertisers of media houses so they can get away with a lot. Politicians are sensitive to media coverage, leaving most journalists wondering “Is this story really worth your life?”

I consider myself experienced to deal with these situations now. But younger journalists might find themselves in these situations every other month. I usually have to intervene, but you only find out through informal conversations, they are scared to report. Journalists need to speak up; if you keep quiet, it will keep happening.

Generation Equality is a campaign launched by UN Women to engage a new generation of feminists in reimagining economies, societies and political systems to advance gender equality leaving no one behind. Generation Equality recognizes the role of media in building a feminist agenda and advocates for safety for all women, including for female media professionals, who play a key role in promoting gender equality and transforming social norms. Under the Generation Equality umbrella, and in partnership with UNESCO, UN Women Eastern and Southern Regional Office and UN Women Kenya are hosting a workshop on safety and security for female journalists in July 2021.

Related News
28/06/2021
Generation Equality: The youth must be at the forefront of the battle against GBV and harmful practices
04/06/2021
Kenya's platform for action revealed ahead of Generation Equality Forum
10/01/2023
In the words of Martha Wambui: "Who will articulate the unique needs of women if they are not at the decision-making table?"
29/11/2022
From Where I Stand - Dorcas Mwendwa
26/07/2022
Police training rolled out across Kenya ahead of elections
END_OF_DOCUMENT_TOKEN_TO_BE_REPLACED